An East Tennessee Marines veteran is being held in Venezuela accused of being a terrorist and spying for former President Trump. 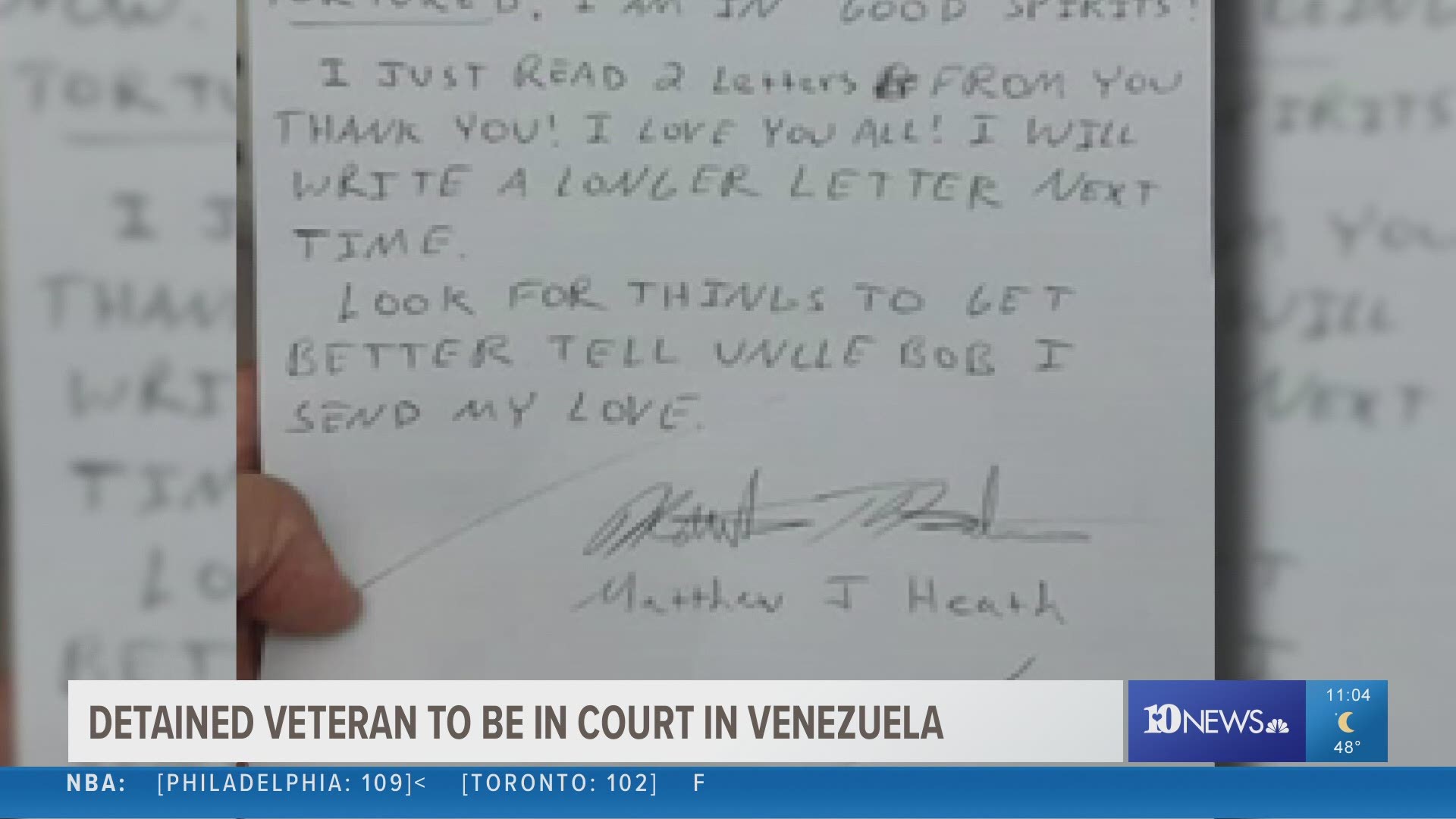 KNOXVILLE, Tenn. — UPDATE (June 15): According to Matthew Heath's family, a new lawyer is arguing against accusations from the Venezuelan government that he is a terrorist and was spying for former president Donald Trump.

According to his family, the lawyer proved the allegations false while representing Heath in court. However, they also said Heath was moved to a new prison in the country with inhumane health conditions.

Officials said that his trial date was moved up a month to Thursday, June 17 instead of July 17.

An East Tennessee Marines veteran, Matthew Heath, was in Venezuelan court Feb. 17 after he was accused of being a terrorist and of spying for former President Trump.

He will return to court for a trial on June 17, according to officials.

His family said that he wasn't allowed to have a lawyer during the first hearing. They also denied the Venezuelan government's accusations. U.S. Representative Chuck Fleischmann also issued a statement about Heath's detainment.

“We are approaching six months since Matthew Heath was unjustly detained by the Maduro regime in Venezuela. My office is monitoring developments from today’s hearing and I remain deeply concerned about Mr. Heath’s ability to receive due process," Fleischmann said.

He said that the Venezuelan government has not been transparent about the case, and has not followed international norms for the court case. His office is in contact with Heath's family, the Department of State and the U.S. Embassy in Columbia, according to the statement.

He said that he will continue pushing for Heath's release so he can return to his family in East Tennessee.

His family said that the U.S. government has been working on his case, but as of June 11, they still have not been able to talk to him or see him. They have been able to speak with an attorney about his case.