When we reflect on the creation of the secret city of Oak Ridge that fueled the first atomic bomb, we do so through the lens of photographer Ed Westcott. 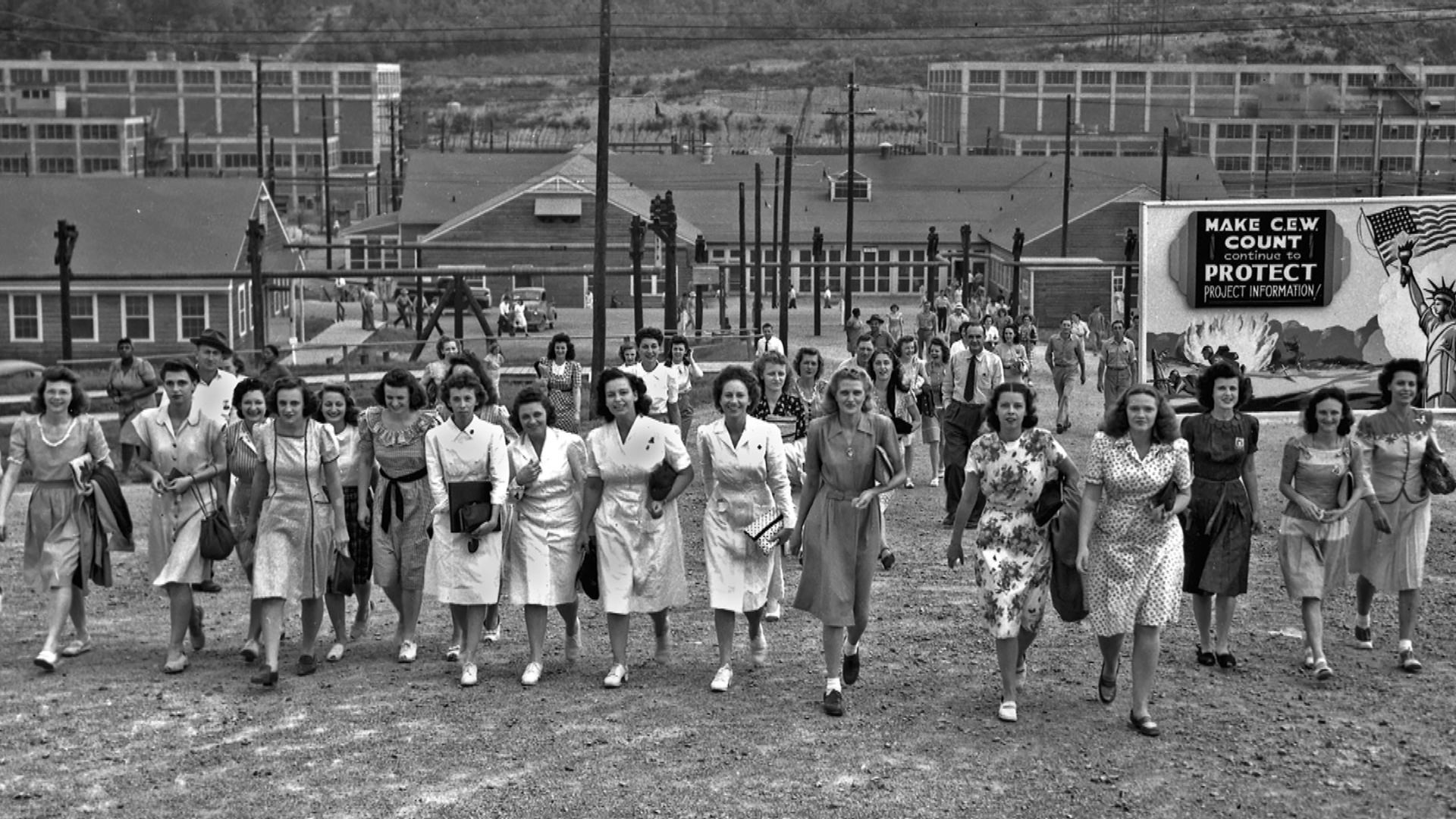 When U.S. President Harry Truman announced the bombing that day in 1945, there were no accompanying photos of the mushroom cloud or the devastation in Hiroshima.  It would take around a week for those images to be developed and shared publicly.

The first photos people saw as proof of the atomic bomb were taken by Ed Westcott, a young Tennessean who spent the previous three years documenting the evolution of a top secret city that created the enriched uranium that fueled the first atomic bomb.

When the bombing of Hiroshima was announced, the government released Westcott's photographs of the city with more than 425 buildings hidden in the hills of East Tennessee at what is now known as Oak Ridge.

Credit: WBIR
A page in the Greeneville Sun newspaper shows views of Oak Ridge as part of the announcement of the bombing of Hiroshima.

"One of our greatest resources for the history of Oak Ridge is Ed Westcott's photographs. He made 15,000 images," said Ray Smith, a retired Y-12 employee who now serves as historian for the city of Oak Ridge.

Westcott died in March 2019 at age 97. But his life's work keeps the memory alive of how the government created what was then the fifth-largest city in Tennessee behind guarded gates.

Late in life, a stroke stole Westcott's ability to speak.  In an interview with WBIR in 2015, Westcott communicated with the help of his son-in-law to share the stories of his photos.

Credit: WBIR
A young Ed Westcott shows the windscreen he designed for aerial photography of Oak Ridge in the early 1940s.

"He was the only person allowed to have a camera in the beginning, before he had more staff to help," said son-in-law Don Hunnicutt. "He was to photograph the building of three nuclear plants as well as the city life."

Westcott's lens showed life behind the gates where more than 40,000 people lived.  Another 35,000 employees lived outside the gates.

Westcott was bold and outgoing, willing to bargain with anyone for a good picture. That included the scientific director of the Manhattan Project, Robert Oppenheimer, who is referred to as "the father of the atomic bomb."

"The photograph he took of Oppenheimer in the Guest House is memorable. Oppenheimer asked Mr. Westcott to get him a pack of cigarettes, but he didn't have correct change. So, Mr. Westcott got the cigarettes. And in turn, he took [Oppenheimer's] photograph sitting down smoking a cigarette. You don't see many of those," said Hunnicutt.

"The sharpness of his photographs. How clear his black and white shots were, that is what a lot of photographers appreciated about Mr. Westcott's work and skill in the darkroom," said Hunnicutt.

More than the buildings and the science that introduced the atomic age, Westcott's photos captured the daily lives of people hidden behind the gates.

"I would say 65 to 70 percent of it was about the community. Not about the bomb or the separation of uranium. I think it was more the spirit of the people," said son Jim Westcott in 2015.

"There are lots of famous images. You have the ladies leaving Y-12 at a shift change. Or the 'calutron girls' where they're sitting at the machines," said Ray Smith during a 2018 interview.

Credit: WBIR
People of Oak Ridge celebrate the surrender of Japan on Aug. 14, 1945.

Eight days after the first bomb hit Japan, Westcott took what may be his most famous photo -- on August 14, 1945.  The image shows a crowd of people at Jackson Square in Oak Ridge wildly celebrating the end of the war. At the front of the photo is a young woman holding up a Knoxville Journal newspaper featuring the large "War Ends" headline.

"I think that shot resonates because he was capturing the people as they were that evening. He stood up on the flat bed of a truck to get the shot, and it just happened to turn out to be a great photograph," said Hunnicutt as Westcott nodded in agreement.

Westcott continued his long career of taking great photographs in Oak Ridge until he retired in the late 1970s. His career featured many memorable images from the Cold War era during the nuclear arms race as well as images of many world leaders.

"He would say, 'When you have a camera in your hand, you can get the president of the United States to do whatever you want him to do.' And he photographed five United States presidents in his career," said Hunnicutt.

Westcott lived to see his images develop into a centerpiece for a new Manhattan Project National Historical Park in Oak Ridge.  As part of its creation, a crowd re-created his famous photograph in Jackson Square holding newspapers featuring a large "Park Opens" headline.

In December 2019, the Grove Theater unveiled the "Westcott Wall."  The wall features a 65-foot display of Westcott's photographs.

Credit: WBIR
Ed Westcott, left, and son-in-law Don Hunnicutt hold a 1945 newspaper during the dedication of the Manhattan Project National Historical Park in 2015.

When we reflect on a terrible war, the creation of a weapon that made the world tremble, and the work at Oak Ridge that changed history, we do so through the lens of Ed Westcott.

"If you ask Ed what he thought about all that, he'd say he was just doing his job," said Hunnicutt as Westcott agreed. "He is a pretty modest man. But he certainly enjoys the publication of his photographs, and some are world-renowned."

Documenting the Manhattan Project: The photos of Ed Westcott

RELATED: 2019 - Services for Ed Westcott, photographer for the Manhattan Project, set for Thursday and Friday