"The scores ACT generates (or refuses to generate) can and do impact the futures of our state's young adults," McNally said. 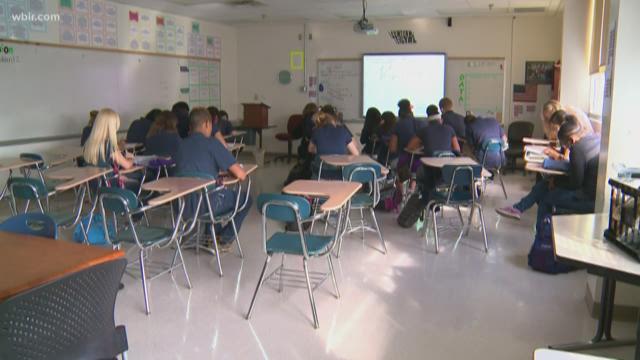 The letter, dated Dec. 7, is addressed to Tennessee Comptroller of the Treasury Justin P. Wilson.

"I would respectfully request that your office conduct an investigation into the non-profit organization ACT, Inc. As you may know, ACT, Inc. recently invalidated the scores of Tennessee high school at Bearden High School in Knoxville and Alvin C. York Institute in Jamestown due to a minor bureaucratic error," the letter said.

The students' ACT scores from a Oct. 17 test will not be counted following a "mis-administration" of the test at the two schools. ACT refused to certify the results of the test because the school gave students a test booklet intended for Oct. 3. Because the test occurred on Oct. 17, students could theoretically have obtained test answers from others.

"The organization's refusal to even entertain the release of these important college admissions scores has led me and other state officials to question the integrity of the organization. I believe further investigation of ACT to be in the interest of Tennessee students," McNally wrote. "Due to the fact that state dollars have been appropriated to administer the ACT test in Tennessee, I believe your office would be the appropriate investigatory authority."

Students at Bearden had to retake the test over the weekend and expect scores to be released by the end of the month in order to send to schools before the beginning of the year.

In the letter, McNally requested that Wilson's office look into the organization's non-profit status.

"The top level executives at ACT are highly compensated," he said.

He asked Wilson investigate whether ACT is "funneling profits into bonuses and salaries for their executives in order to maintain their nonprofit status."

McNally said he understands that the ACT is selling information about students taking the ACT and asked if it is true, "does this endanger their non-profit status or violate any federal or state privacy laws?"

Referencing the importance of Tennessee parents and students having as much information about the organization as possible, McNally concluded his letter stating the "scores ACT generates (or refuses to generate) can and do impact the futures of our state's young adults."

Some students had initially received their scores online and later learned the ACT pulled them.

The Knox County PTA has joined Knox County Mayor Tim Burchett in fighting ACT’s decision. An appeal to the company from Tennessee Commissioner of Education Candice McQueen was denied.

Starting with the class of 2018, all public school students who are enrolled during their junior year must complete either the ACT or SAT prior to graduation.

However, the state's testing structure favors the ACT.

Individual districts choose whether to offer students the ACT or SAT. A district can choose to administer to SAT to all eleventh grade students at no cost to the students.

McNally said he was working to schedule a meeting with ACT officials, the state education department, the comptroller of the treasury and legislators from areas affected last month.

"The state does require by statute that the ACT is the test that is administered and if they are not cooperative with us in trying to resolve this problem," McNally said. "I think that's an area that we'll certainly look at whether that will continue or not."