Lt. Gov. Randy McNally of Tennessee said he plans to meet with ACT officials, and if the organization is uncooperative, he will consider changing state law. 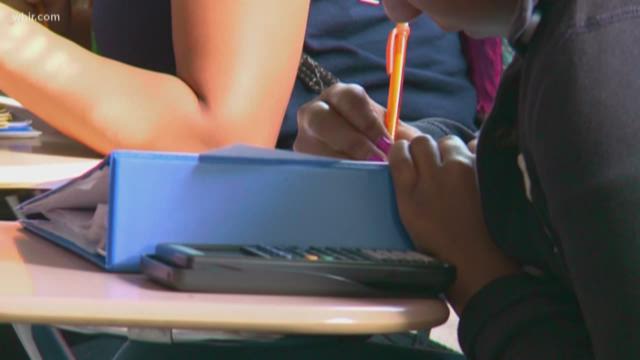 Lt. Gov. Randy McNally said he is working to schedule a meeting with ACT officials, the state education department, the comptroller of the treasury and legislators from areas affected by a recent ACT scoring debacle.

"The state does require by statute that the ACT is the test that is administered and if they are not cooperative with us in trying to resolve this problem," McNally said. "I think that's an area that we'll certainly look at whether that will continue or not."

McNally said his priority in the meeting is ensuring students at Bearden High School and the Alvin C. York Institute are not put at a disadvantage for college admissions and scholarships. He said if the ACT does not work with the state, he thinks the state should consider its laws that make the ACT the default college entrance exam in the state.

Starting with the class of 2018, all public school students who are enrolled during their junior year must complete either the ACT or SAT prior to graduation.

However, the state's testing structure favors the ACT.

Individual districts choose whether to offer students the ACT or SAT. A district can choose to administer to SAT to all eleventh grade students at no cost to the students.

If the district chooses to test students on the ACT, students wishing to take the SAT must pay for the test out of pocket.

McNally said heading into a meeting with ACT officials, his priority is having the botched tests from Bearden High School and the Alvin C. York Institute certified, but said the discussions could to shed light on other issues that need to be addressed.