In the wake of the Parkland High School shooting, this program is helping students learn about tragedy in a unique way. 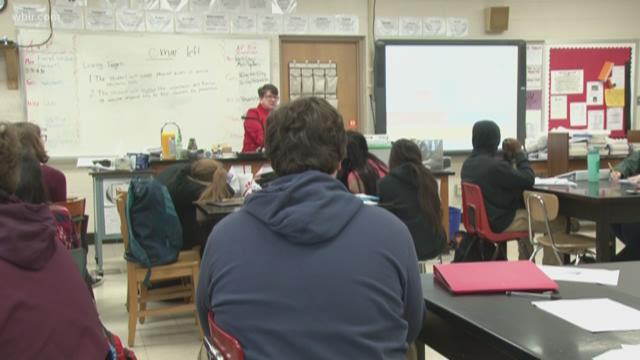 Each week, all 1,100 students take part in "Mental Health Monday."

The program launched last fall. It focuses on everything from bullying and toxic relationships, to eating disorders and more.

And in the wake of the Parkland High School shooting, this program is helping students learn about tragedy in a unique way.

Central High School is taking a proactive approach to any problems at their school through their "Menal Heatlh Mondays" program, new this school year.

That solution came in the form of "Mental Health Mondays," which Ramsey spearheads.

But now once a week, teachers walk their classes through certain topics about mental health and lead a discussion.

Students said it's changing their school.

"There was a lot of aggression toward a lot of kids, and I feel like it's just because we didn't know how to put our emotions into words and I feel like now that we can talk about it, it really helps us," said senior Antwon Harris.

"I personally struggle with anxiety so knowing that it was something that's being more talked about was really reassuring," Kay said. "It's nice to have schools incorporate this more into the curriculum and have it be more of an open thing."

This week the two will present a project that required them to create a measure that could have prevented the Columbine shooting.

What could be a challenging project was a no-brainer to the two students.

Learning about Columbine while watching the Parkland school shooting happen in real time shaped the importance of mental health awareness to them.

"People only care about the mental health aspect of these tragedies after these tragedies occur," Pratt said. "People aren't stopping to think there was something wrong beforehand. We could have stopped this from occurring if we had only acted sooner."

Ramsey said several other schools have contacted her about starting "Mental Health Mondays" programs at their schools.

She hopes this "culture of conversation" can continue to help students at Central High School and elsewhere.