The Tennessee Department of Education announced Wednesday that Questar Assessment will oversee the state's annual assessments for the upcoming school year after agreeing to a two-year, $60 million contract. 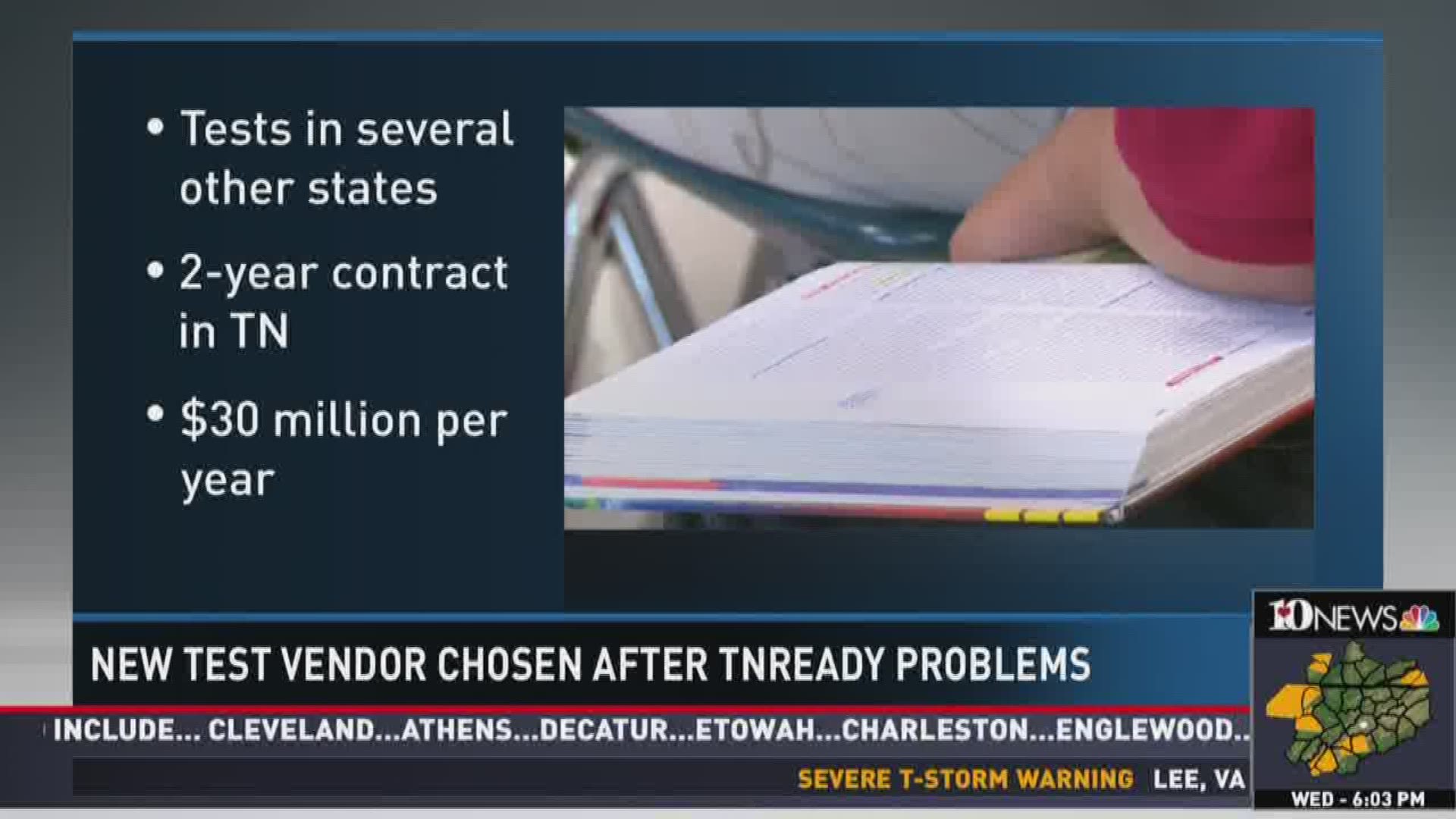 The Tennessee Department of Education announced Wednesday that Questar Assessment will oversee the state’s annual assessments for the upcoming school year after agreeing to a two-year, $60 million contract.

Officials will administer the tests for 2016-17 by paper and pencil.

Tennessee Department of Education Commissioner Candice McQueen said the state will phase in online testing over multiple years to ensure state, district and vendor technology readiness. The department will work with Questar to provide an online option for high school end-of-course exams if both schools and the testing platform demonstrate “early proof of online administration.”

Even if schools demonstrate readiness for online testing, districts will ultimately have the option to choose paper and pencil assessments for their high school students.

In April, the state terminated its five-year, $108 million contract with Measurement, Inc., which was used to develop TNReady tests statewide. The company’s online testing platform in February couldn’t meet the demand and the state switched to paper tests.

State education officials voted not to count TNReady test scores against elementary and middle school students in May. All high schools were required to take TNReady paper tests, and the Department of Education awarded Pearson Education an $18.5 million contract to score those tests.

McQueen said in June the state was in an “emergency procurement process” of finding a new vendor.

Questar is a K-12 assessment solutions provider based in Minneapolis. The company administers large-scale annual assessments in Indiana, Missouri, Mississippi and New York.

The department is finalizing its contract with Questar. Details about the structure of next year's state assessments, including administration time and dates, will be announced on a later date.

Go to the Tennessee Department of Education’s website for more information.

The Tennessean contributed to this story.