Students at Alvin C York Institute, in Jamestown, Tennessee, will have to retake the ACT after the testing company said they could not certify the students' scores because of a testing mix-up. 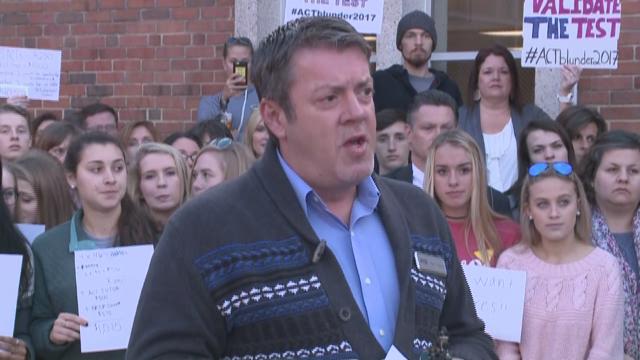 A second East Tennessee school says its students' ACT scores will not be certified by the testing company.

Brannon said it's unclear how many students are impacted, but ACT will not certify the Oct. 17 scores, because students used a test booklet designated for Oct. 3.

"It wasn't counted because of a date mix-up," he said.

Brannon said his staff noticed the date discrepancy on the test forms beforehand, but was told by ACT to go ahead with the test.

"They said to just fill it out manually," he said.

Hundreds of students at Bearden High School, in Knoxville, will also have to retake the exam after ACT said it could not validate the school's scores from the Oct. 17 testing date.

10News has reached out to ACT for comment, and will update this story.