Students travel the world with postcards

One postcard turned to two, then three, then many more, until the class had received postcards from all 50 states and 125 countries and territories. 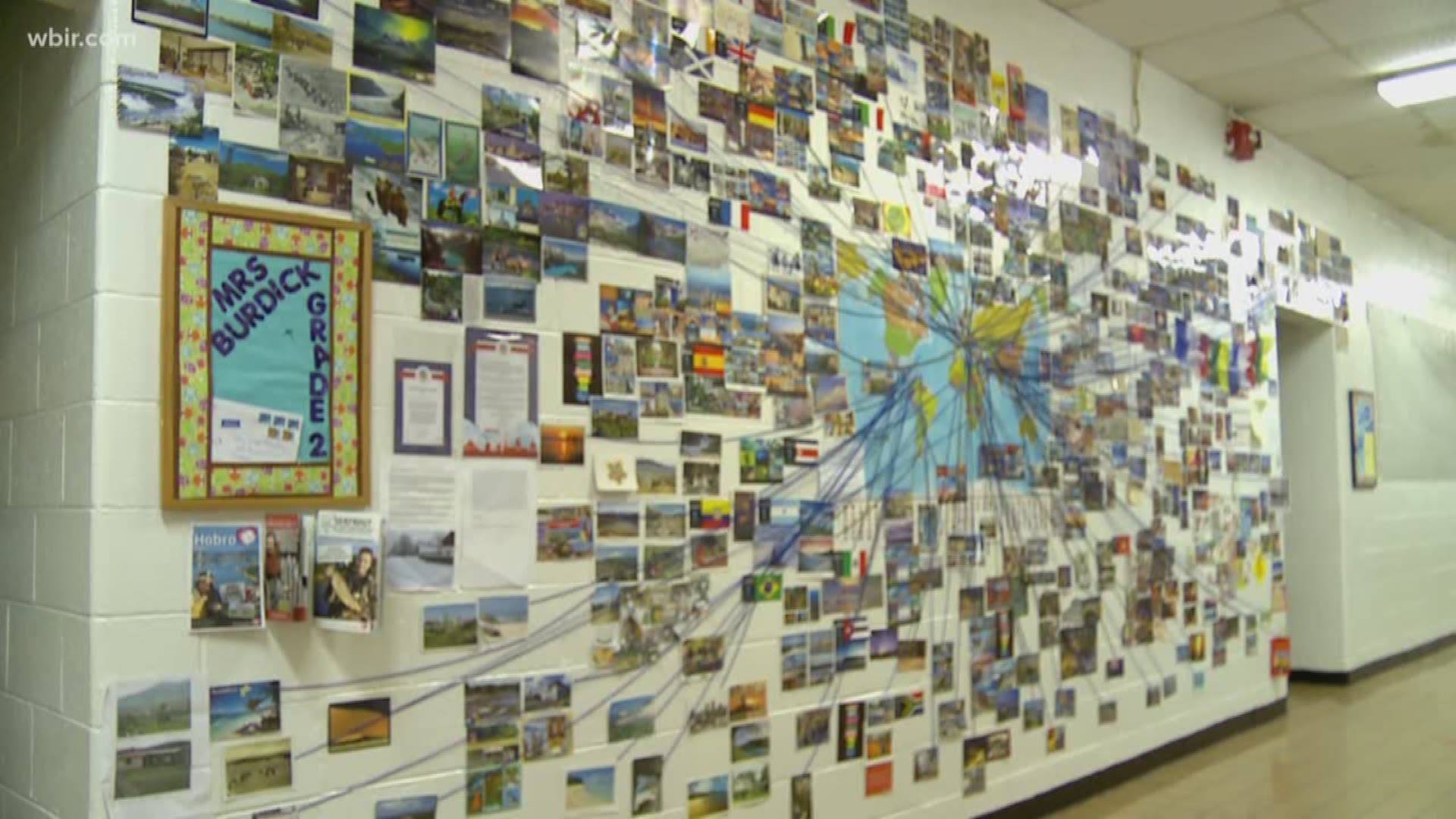 Elizabethton, Tenn. — The students in Lisa Burdick's second grade class at Valley Forge Elementary School have friends all around the world.

Their growing worldwide network started when the class received a postcard from a local church.

"They were wishing us well, thinking of us, and hoping we had a successful year," Burdick said.

She put the postcard up on the wall next to a map showing the students were they were. The map sparked an idea.

One postcard turned to two, then three, then many more, until the class had received postcards from all 50 states.

"We have a lot from New Jersey, California, Tennessee, Georgia," Burdick said.

The students in Lisa Burdick&#39;s 2nd grade class at Valley Forge Elementary School have received postcards from all 50 states and 125&nbsp;countries and territories from around the world.&nbsp;

The students weren't the only ones excited by the growing project.

"I was sort of like the students that would come everyday and say, Ms. Burdick, did you get any mail?" fellow teacher David Arwood said.

He thought, if they could get postcards from all 50 states, then why not from all around the world? He posted a request on Reddit and other social media sites, asking people to send a postcard to Valley Forge Elementary.

"And the response was overwhelming," Arwood said.

They've now received postcards from 125 countries and territory. As the project grew, they moved the map out into the hallway of the school.

The students have received letters form governors, memos from ambassadors and even a stuffed animal moose from Finland.

The students are getting the chance to travel the world with the help of strangers, and are seeing what the world is like outside of Elizabethton, Tennessee.

"These students know that there is a large world full of diversity," Burdick said. "People from all over the world cared enough about the students at Valley Forge Elementary to write them and send them postcards. Take the time. And that's pretty awesome."

The class isn't done yet, they still need about 70 more postcards to fill out the map. They ask if you've traveled recently, think about sending them one. You can address it to:

These are the countries they still needs postcards from: