Researchers at the University of Tennessee are testing text message-based counseling to see if it reduces marijuana use among young adults. 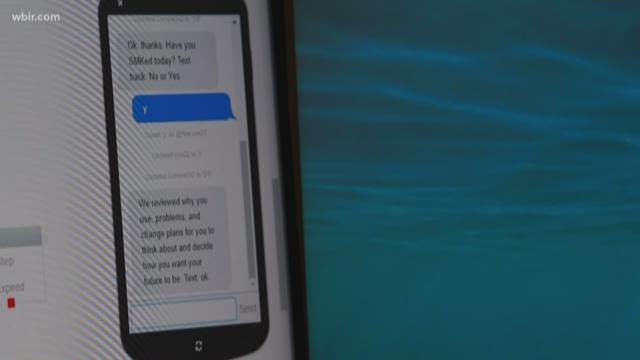 Researchers at the University of Tennessee are testing to see if text-message based counseling reduces marijuana use in young adults.

The pilot program at UT aims to see if similar programs work for people age 18 to 25 with what researchers call a serious marijuana problem.

"There is a formal diagnosis, and it essentially has to be interrupting areas of your life that are important to you," study leader Michael Mason said. "What we see in college students is that people start off recreationally using a fun, happy drug they have at the time, and for a small part of the population, probably about 10 percent of the people that experiment with it will go on to have a disorder."

The program is derived from a face-to-face counseling program Mason and other researchers developed for adolescents.

"It's very positive, it's non-judgmental. We don't try to convince them that marijuana is bad. We show them their use compared to others and let them make their decisions," Mason said.

Participants in the test group exchange texts with a computer program about six times a day, every other day for four weeks. Researchers then follow up with participants for three months to see if behavioral changes stick.

"It worked with the heaviest users, and that face-to-face, while it's different than text intervention, it's basically the same ingredients,"' Mason said. "We've taken that conversation and piped it through the phone and its really like a conversation, a form of artificial intelligence."

The current study follows 100 participants, some with the texting program and others in a control group.

Mason said if the study shows that the program works, he will apply for federal funding and repeat the study on a larger scale to further analyze the programs efficacy.

"It's very cost effective and if we can make some movement on people's behavior just through a cell phone conversation, then we think it either has a lot of implications to augment face-to-face counseling or maybe push somebody in a slight direction to consider getting help," Mason said.

As of Sunday, there were 17 open spots in the study.