Election administrator: Candidate's name stays on ballot regardless of arrest 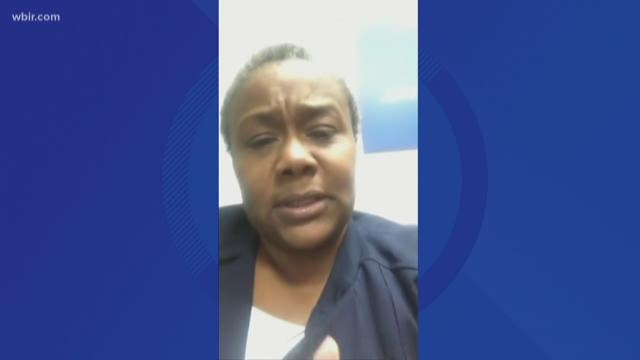 Regardless of her criminal case in Los Angeles, Knox County mayoral candidate Rhonda Gallman's name will remain on the May 1 primary ballot.

Cliff Rodgers, administrator of elections, said it's too late for Gallman, 50, to withdraw, and the charges against her don't on their face disqualify her from running.

Rodgers said Wednesday he hadn't spoken with Gallman, who was charged last week. According to her Facebook page, Gallman has posted bond and returned to Knoxville after "five days of agony."

The Knoxvillian faces four felony charges and is accused of trying to convince witnesses not to testify in a criminal case against her son, according to the Los Angeles District Attorney's Office.

In California, her son, Jamahl Thomas, 24, faces two counts of attempted murder and one count each of conspiracy to commit murder and shooting at an occupied motor vehicle. He's been in custody since January, according to Gallman.

Rodgers said it's up to Gallman to decide how she wants to proceed. She's under no obligation to suspend her campaign, he said.

"There's no way to remove her once the ballots have been ordered," he said.

The deadline to withdraw was Feb. 22.

In her Facebook post this week in California after getting out of jail, Gallman said she'd suffered an anxiety attack while being arrested. She said lost feeling on the left side of her body and that an officer inflicted pain by making her handcuffs too tight.

"I have never manipulated anybody, tricked anybody," she said. "Neither have I tried."

Gallman said she doesn't know what she's alleged to have done. She was in court on her son's behalf, she said, when she left to use the bathroom in LA and was confronted by men who took her into custody.

She is one of two Democrats seeking to advance to the general election in August. Her opponent is Linda Haney.

Three Republicans are vying on the GOP side: Brad Anders, Glenn Jacobs and Bob Thomas.

On Friday, the office will send out 15 ballots to Knox Countians who are overseas or in the military and want to cast votes, he said.