A Knoxville musicians' triumph over a serious accident gained the attention of Talk Show Host Ellen DeGeneres. David Francisco Platillero and his wife Kristi appeared on Ellen on Monday, June 4 and were surprised with a $10,000 to go to Music Cars, one of David's favorite charity. 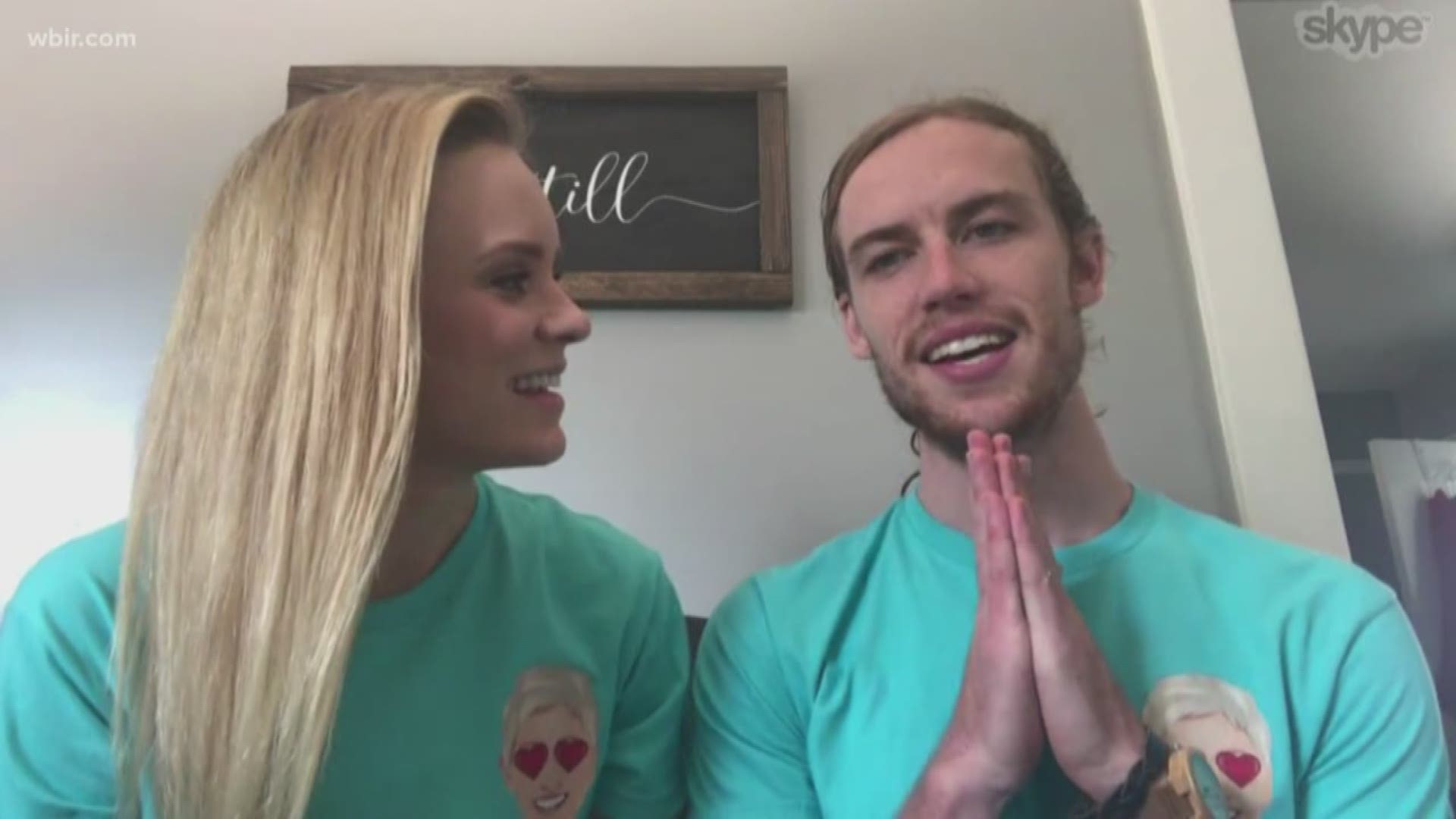 The Knoxville native, and University of Tennessee graduate, has appeared as a contestant on American Idol and has married the love of his life, Kristi.

These happy days prove just how far David has come since the accident in 2016 that almost took his life.

On April 27, 2018, David, who had only lived in Nashville for less than a month, was riding his bicycle home to feed his dog and was hit by a distracted driver.

The accident snapped his back and severely damaged his spinal cord and shredded his left forearm. Doctors feared he wouldn't walk again but David vowed that he would. He spent months in full-time, intense rehabilitation learning how to walk. He is now able to walk with a cane.

But the physical healing is only part of David’s story of redemption.

He has forgiven the woman who t-boned him on his bicycle and they are now friends.

On June 4, 2018, David and his wife Kristi appeared on Ellen to talk with host Ellen DeGeneres about the accident, David’s story of healing and forgiving and their life together.

The newlyweds are planning a bike ride in California that will begin in late June and run through the first of July. The couple will ride a tandem bike and will stop along the way for musical performances.

While on the show, Ellen gave the couple matching bike shirts to wear and Shutterfly gave the couple $10,000 to go to MusiCares, a cause very near and dear to David’s heart.

David is also working on a full-length album.

The first single from that album has been released titled, “She makes me want to sing”, a love song he wrote about his wife who came into his life after his accident.

Francisco says he’s a proud Knoxvillian and hopes to be back home in the fall.