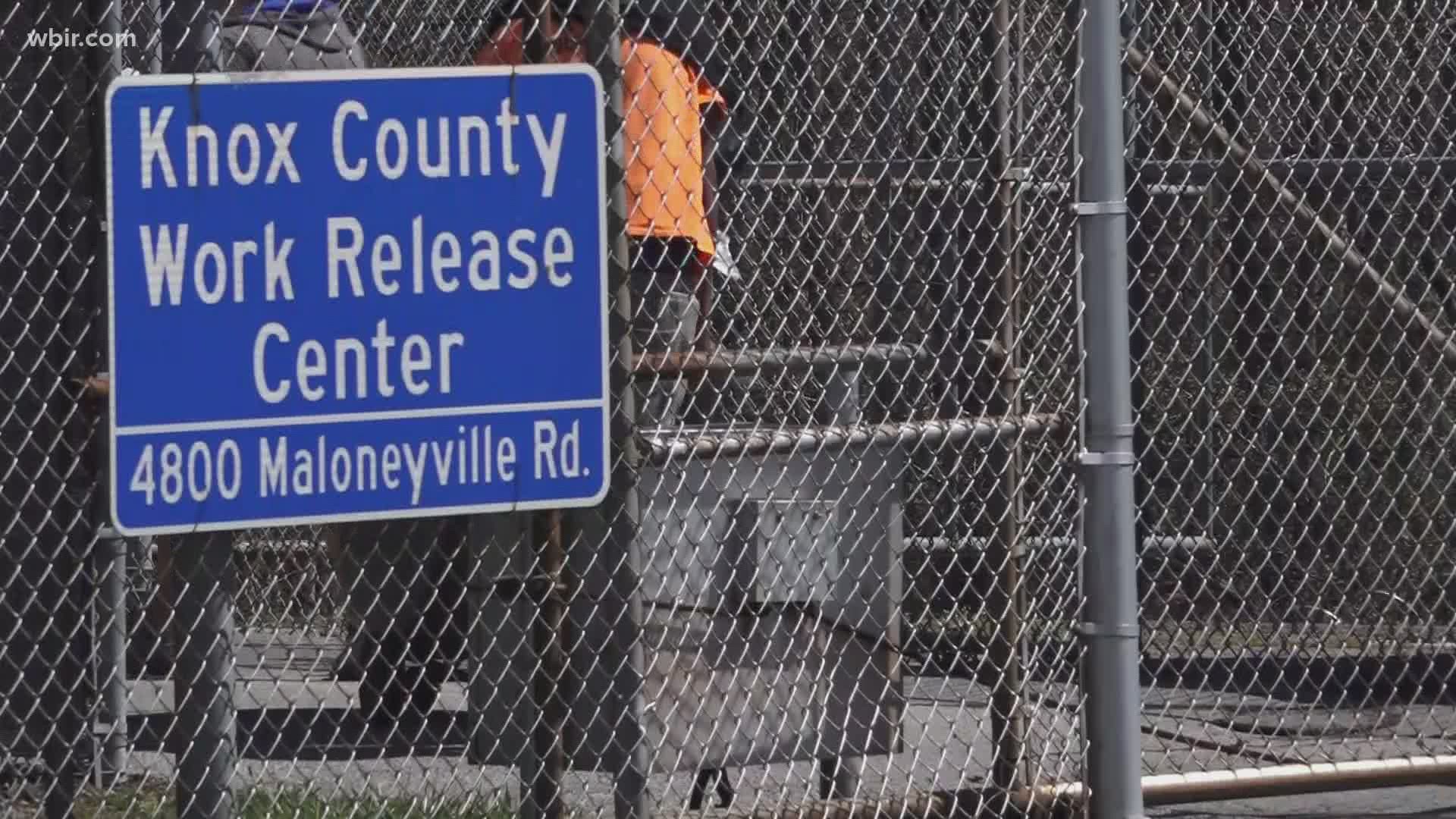 Scott Moore and Ivan Harmon have filed appeals notices with the Merit System Council, which oversees hiring and promotions of law enforcement personnel. Moore submitted his request Monday in a letter and Harmon filed his by email Thursday.

The Merit System Council is set to discuss their requests Wednesday afternoon in the Small Assembly Room of the City County Building.

Moore and Harmon have the option to appeal before the council. Spangler fired them March 23 for "disgraceful conduct."

"Since Sheriff Spangler has been in office (in 2018), he has never come by Inmate Industries, nor has Chief (Bernie Lyon) that I'm aware of," Moore wrote this week.

"I believe this is a political vendetta."

Spangler singled out the men, who supervised a long-standing program that dispatched inmates to help in the community, for questionable handling of petty cash collected through the sales of pallets and scrap metal and for using inmates on personal projects, including sometimes bringing them to their own homes to do work.

The internal affairs investigation looked at the conduct of Moore and Harmon as well as Larry Hurst, who worked under them and also was fired.

The state Comptroller's Office also reviewed operations in Inmate Industries, raising questions about the handling of some $5,800 in cash made by selling off the pallets and scrap.

The Comptroller's review, covering most of 2018-20, said much of the cash couldn't be accounted for and wasn't adequately monitored or forwarded to county finance authorities.

The report has been turned over to District Attorney General Charme Allen's office for review.

Moore and Harmon said they have done nothing wrong and were only following standard operations that had been in place for years at KCSO's Inmate Industries program.

"I deny having conducted myself in an immoral, indecent, lewd or disorderly manner at any time while performing my duties as an employee for the Sheriffs (sic) Department," Harmon's email states, referencing the dismissal language used in his termination letter from Spangler.

Harmon supervised the inmates and Moore was his assistant. They sometimes did each other's evaluations, records show. Harmon is a past school board, Knoxville City Council and County Commission member as well as a retired city employee.

Moore worked about 14 years previously for the Sheriff's Office, left in 2000 to run a real estate business and then was rehired by then Sheriff Jimmy "J.J." Jones for inmate industries in 2015, records show.

Moore submitted a two-page appeal letter to the Merit System Council in seeking to challenge his dismissal.

Moore said when he started working at Inmate Industries he was told by uniformed supervisors that the cash collected from scrap and pallet sales was supposed to be used to buy inmates and officers food and snacks. It was a longtime practice, according to Moore.

The department can't follow its own policies, Moore wrote.

"Throughout this investigation, the inconsistencies of policies allowing some employees to do some things while others cannot is frustrating," he wrote. "I have actually spent my own money feeding inmates and officers than what was collected from pallets and scraps."

As for whether he ever brought an inmate to his home, Moore wrote that he once had an emergency problem with a vehicle and had to have it towed to his property. He asked for KCSO help.

An employee arrived at the end of his driveway with an inmate inside, he said. No work was done on his truck, he wrote.

Moore fired back at Spangler, who replaced his old boss Jones when he was elected in 2018.

"For the last several years, this administration has created a hostile work environment by threatening my employment, and by sending a captain to Inmate Industries to tear doors off the hinges and cut locks to doors when keys were easily available if only asked.

"The same captain said, "Haven't you been told by the sheriff that you all are not the clean up crew for Knox Co anymore? He also proceeded to steal my personal property while my father in the ICU at UT Medical Center where he passed away due to COVID."

"I will continue to takes steps necessary to protect public trust and operate the Knox County Sheriff’s Office with integrity. I want the public to rest assured this type of inappropriate behavior and negligence will not be tolerated. As always, I am honored to be your Sheriff." 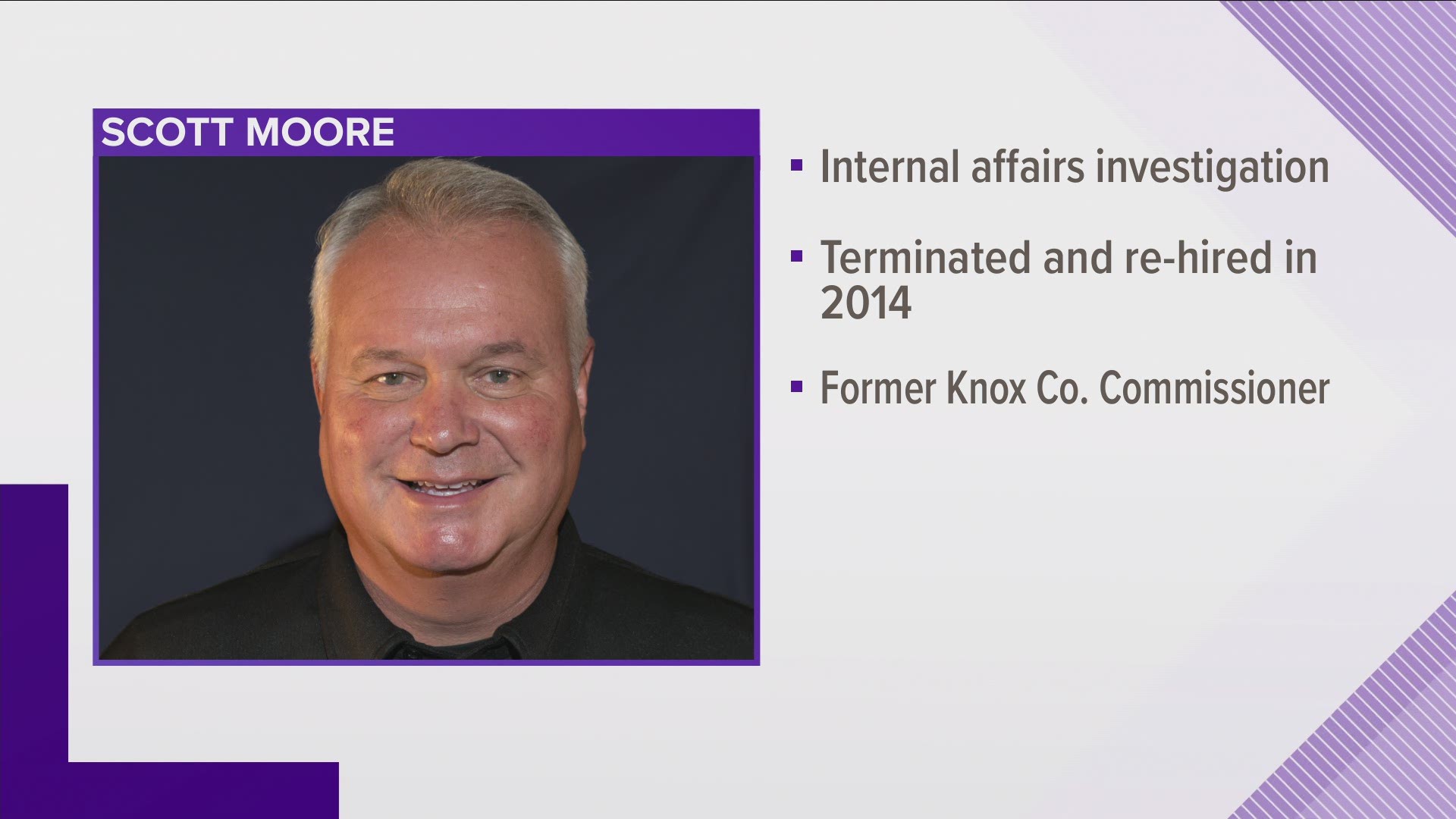