Turns out, it's a toxic trend that could be causing emotional distress every time you log on. 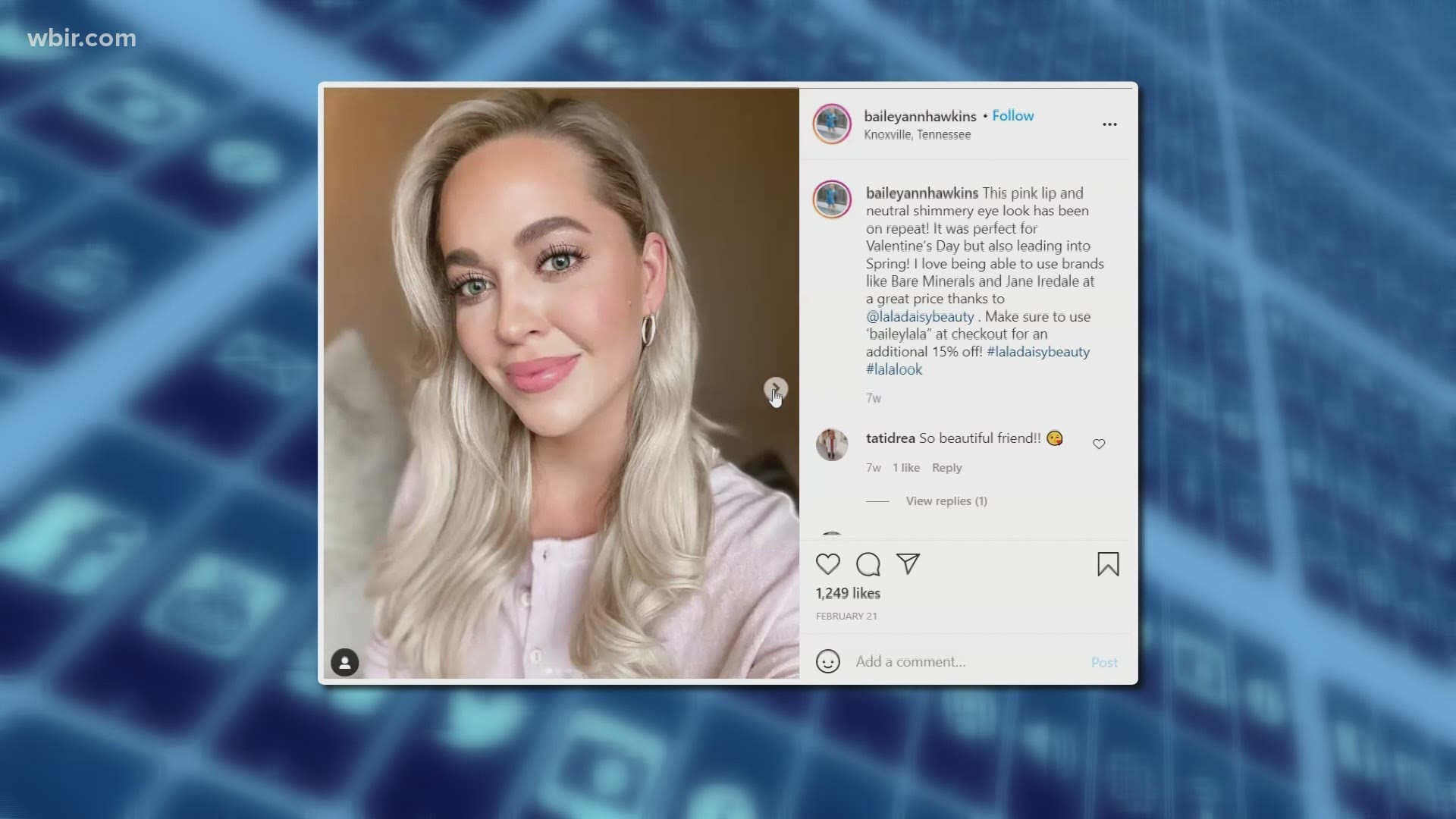 KNOXVILLE, Tenn. — Scrolling your Instagram feed, you probably see a lot of pretty pictures, a lot of perfection, a lot of positivity in posts.

Turns out, it's a toxic trend that could be causing emotional distress every time you log on.

So many hashtags: l#positivevibes, #goodenergy, and #goals. So much positivity.

But wait a second. Is the #goodvibesonly making you feel worse? It's a thing. It's called fake positivity.

Dr. Jenn Hardy, a psychologist and popular Instagrammer in her own right, weighs in.

“I think a lot of it is saying we are only allowed a certain number emotions and those have to do with happy, excited, everything is great, good vibes only. I don't deal with hard sad things,” said Dr. Hardy.

People are dealing with a lot of blatant negativity on social media, but it turns out positivity can be toxic too.

A Pew Research study from 2020 found 49% of people say social media makes them feel depressed, 31% say it makes them feel lonely. This is where authenticity becomes so important.

Local influencer Bailey Hawkins boasts a following of over 80,000 people, mostly from here in Knoxville.

She knows this world very well and in between fashion and makeup posts, she keeps it real.

“We all have crap that's going on in our lives, not everything is this cute dress that we are linking or this lip gloss that we love to share,” said Hawkins.

Bailey started posting about her fertility struggles in 2019.

“Everybody that you encounter every day is walking through something and I think it just helps others not feel alone,” said Hawkins.

Bailey also gets annoyed with fake positivity hashtags like #girlboss.

“We put so much pressure on women especially nowadays because we see other women doing it all, but at the end of the day we can't do it all and we are not supposed to,” said Hawkins.

Dr. Hardy agrees. “They're selling you a life that they are not telling the whole truth about,” said Dr. Hardy.

Bailey confirms that most of what you see isn't as organic as it seems.

“Every picture I do for a partnership, for example, has to be approved by a brand so it is staged, “said Hawkins.

Dr. Hardy has tips to make sure you are not bombarded by things that make you feel bad.

Set a timer so you can be mindful of how much time you are spending on social.

Make sure you have diversity in your feed.

And conduct an audit of who you are following and cleanse your feed.

Bailey has seen a great reward for her realness. She says it's helped her cultivate a closer, more connected community of followers.

“When I started sharing more real-life stuff I just really started to build true friendships with people I never would have met in real life,” said Hawkins.