Oakes Farm is using the warm opening weekend as an opportunity to practice for the bigger crowds when temperatures drop down. 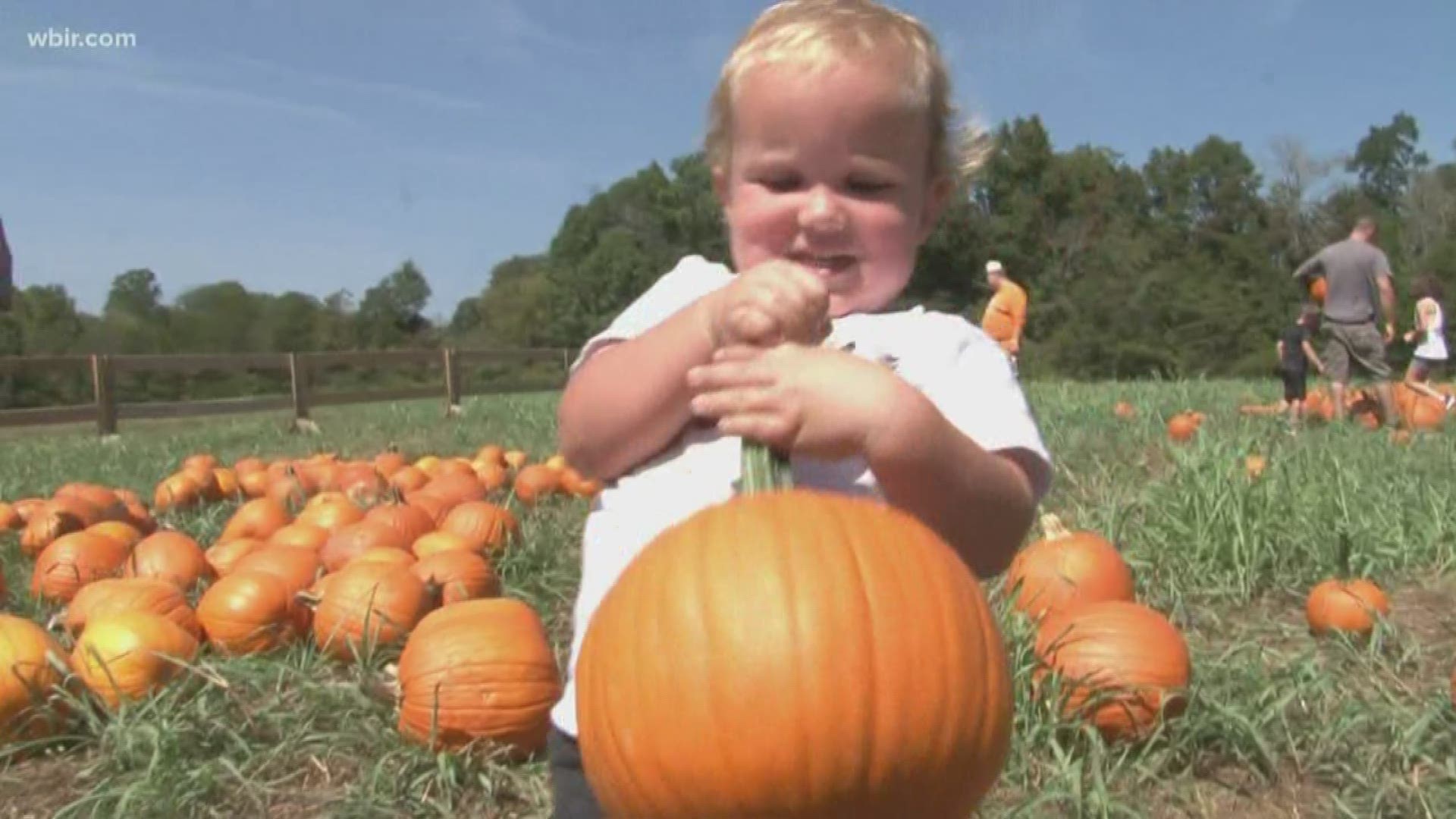 CORRYTON, Tenn. — Oakes Farm in Corryton celebrated its first weekend being open by offering hay rides, pumpkin picking and even a corn maze. Although, it seems like the weather didn't really getting the memo.

The farm is using the warm opportunity to get a head start on the fall season.

Matt Law and his 2-year-old son Andrew were drawn to the pumpkin patch in Corryton to create memories. Even though it felt like the heat of summer, nothing was cuter than watching a toddler pick a pumpkin.

"We came to get those pumpkins, that's right," Matt Law exclaimed.

Ken Oakes is the owner of Oakes Farm and said opening the fall attractions on the farm when it's hot is good practice, even though it may seem like they're faking fall.

"Well, it looks like it with the pumpkins and the corn. It looks like fall," Oakes explained. "It doesn't feel like it yet but hopefully soon."

"But when it cools off and feels more like fall, that's when it really kicks in to a lot of folks coming," Oakes said.

But a warm opening day? It's nothing new.

"We're excited to get things going," Oakes explained. "It's another fall; here it is."

The corn in the maze is doing just fine.

"We had plenty of rain through the growing season, so it's higher than it's ever been," Oakes admitted.

Their pumpkin patch is filled with local products, but fall-like weather would make the pickings better.

"He's hurting a little bit with the rain," Oakes said of the local Grainger County farmer. "That is a challenge for him because they don't get to the size you would like without the rain, so he thinks he's gonna have enough and hopefully he will for us."

When the leaves start falling, families will be ready. Matt and Andrew Law may even make a trip back when the weather cools down.

RELATED: Get ready for fall with all things pumpkin spice