3-year-old CJ has Down Syndrome, a genetic condition that produces an extra chromosome. 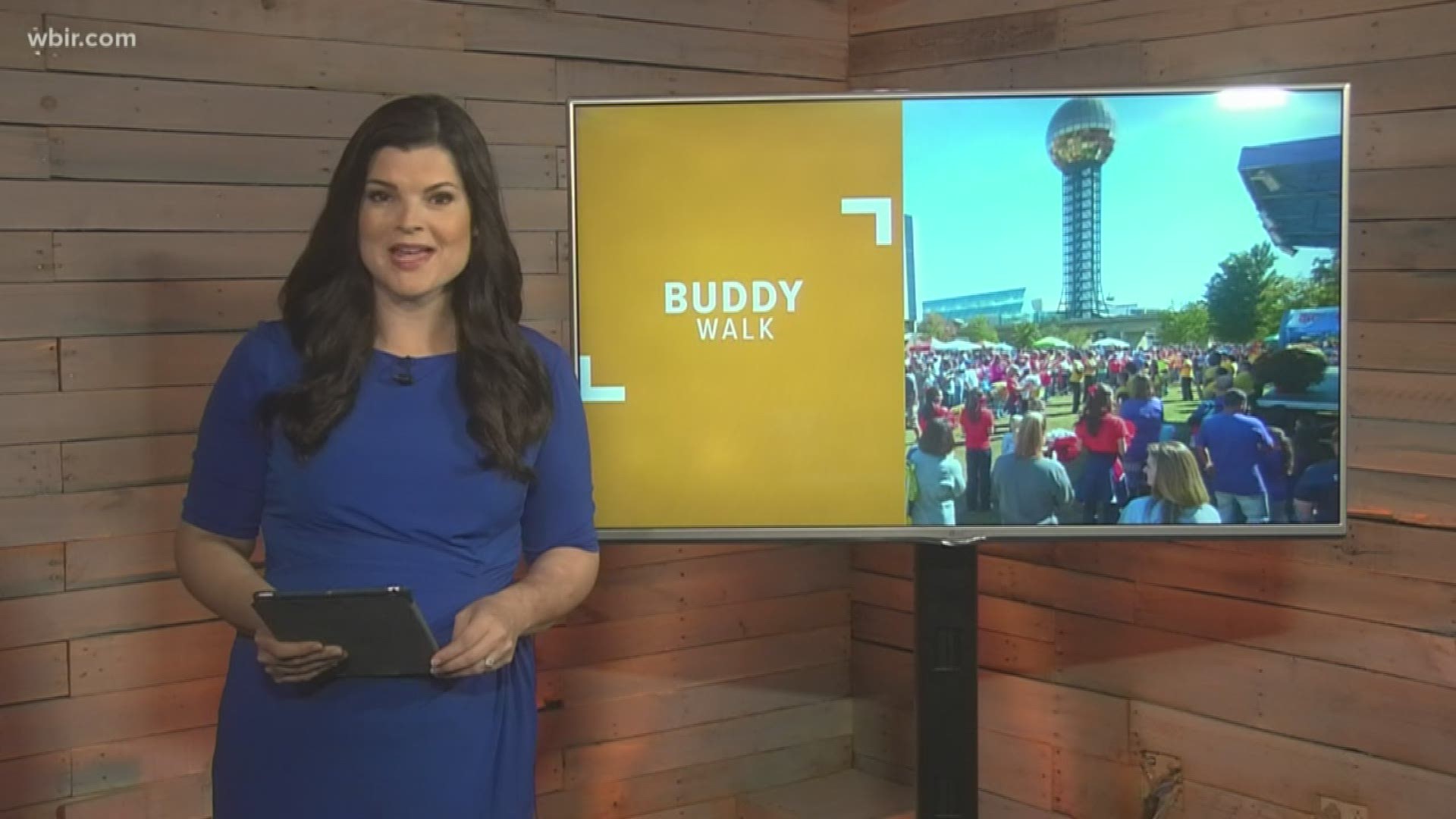 KNOXVILLE, Tenn — It's the little milestones that get the biggest celebrations in the Carmichael home.

"We celebrated him army crawling two feet like he had won an Oscar," said Stephanie Carmichael.

3-year-old CJ has Down Syndrome, a genetic condition that produces an extra chromosome.

He weighed just sixteen pounds when Stephanie and her husband met him for the first time at a Ukrainian orphanage.

CJ was born a twin but immediately abandoned because of his disability.

"When we get over there and see little skeletal bodies and little hollow eyes, and their life is just existing, you can't not act," said Stephanie.

With the help of non-profit organization Reese's Rainbow and countless fundraisers, the Carmichaels were finally able to adopt CJ.

He arrived home last month to meet his friends and his growing family.

The Carmichaels adopted five other boys. Four of them are also living with Down Syndrome.

They call themselves the DS Mafia.

"Caden is the "Godfather" and Cooper is "Muscles" and Cole is "Sneaky Pete" and Cobi is "Chops" because he has long sideburns, and he's "New Guy". CJ hasn't earned a name yet," laughed Stephanie.

Including two grown children, the Carmichaels are now a family of 10.

"We are done, yes," laughed Stephanie. "This is our last one."

But their mission to educate others about people living with Down Syndrome is just beginning.

They don't consider themselves special, just a regular family willing to open their hearts and their home.

"We had enough room. We had just enough money to feed another one and do all those things, and it's just taken the willingness to do it," said Stephanie.

The Carmichaels are walking in the Knoxville Buddy Walk this Sunday to raise awareness for Down Syndrome.