Family of man found dead in Smokies left with questions

"He loved everybody, he was really friendly and we don't blame anybody. This is just a tragic thing that's happened." 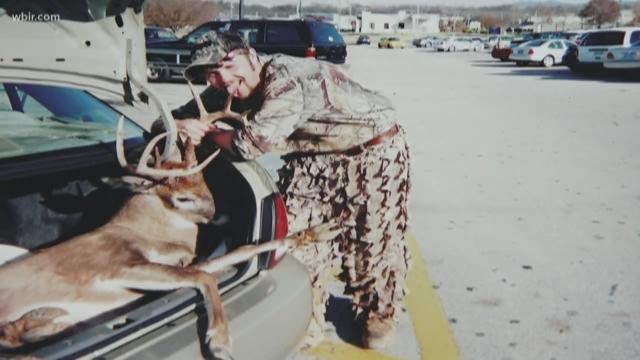 Knoxville — UPDATE (9/14) - Despite issuing a news release Wednesday that said the National Park Service had euthanized a male bear after finding it near a man's body in Great Smoky Mountains National Park, rangers actually have not yet found and killed the bear, a park spokeswoman said Friday.

►READ MORE: Bear found near man's body not euthanized yet as originally reported

Park officials began searching for Hill when they were notified on Sunday that Hill was missing. He and a close friend had gone to the park on Friday to look for ginseng and were separated during the day, and Hill had not been heard from since.

They searched for Hill on Sunday and Monday and found his body Tuesday about half a mile from the gravel Rich Mountain Road, the release said, less than a mile from a residential area outside the park.

Hill's family says they were shocked to hear the news considering his love of the outdoors and experience.

“I can’t believe that this has happened to my son," said William Hill Sr., Hill's father. "He knows exactly what to do, I trained him.”

"He had three little babies and loved them to death," his mother Deborah said.

An adult male bear remained in the area where Hill's body was found and showed aggressive behaviors for multiple hours as rangers recovered Hill's body throughout Tuesday evening, the release said. Evidence of wildlife scavenging of Hill's remains was visible.

Wildlife biologists reportedly came to the area, trapped the bear and recovered human DNA from it, the release explained. At that point, park officials said they decided to humanely euthanize the bear out of concern for public safety -- but on Friday it was revealed the bear had not, in fact, been euthanized yet and was fitted with a GPS tracker.

A park official said the release below announcing the decision to put down the bear was made under the assumption that authorities could quickly re-locate that animal. But despite anticipating that they would quickly kill the bear after issuing the news release, they still have not, she said.

“While the cause of Mr. Hill’s death is unknown at this time, after gathering initial evidence, consulting with other wildlife professionals and careful consideration, we made the difficult decision to euthanize this bear out of concern for the safety of park visitors and local residents,” Park Superintendent Cassius Cash said in the original release. “This is always one of the hardest decisions a wildlife manager has to make, and is one that we did not take lightly."

Cash explained at the time they did not want to take any risks with the bear potentially harming others.

"Over 2 million visitors come to the Cades Cove area annually and there are several residential areas very close to where we found Mr. Hill’s body," Cash explained. "We could not take the risk of allowing this bear to approach or show aggression towards other people.”

Officials are thinking of Hill's loved ones and will continue to investigate the incident.

“Our thoughts are with the family and friends of Mr. Hill during such a difficult time,” Cash said in the release.

Hill's mother said he will be remembered for his kindness and generosity.

“He loved everybody, he was really friendly and we don’t blame anybody. This is just a tragic thing that’s happened," she said.