13 soldiers arrived in Knoxville out of the more than 800 that will return home throughout this month following a long deployment away from their families. 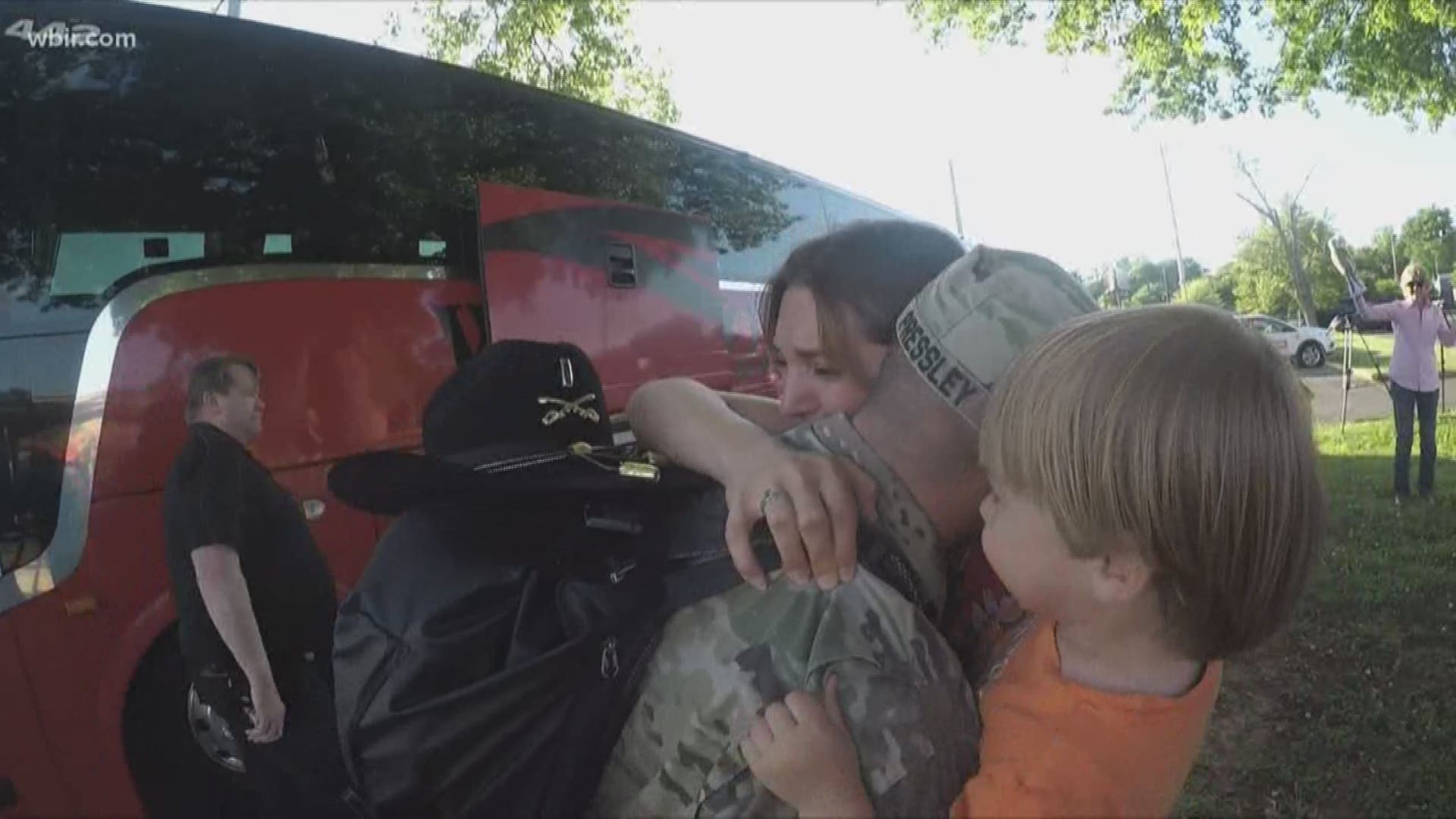 KNOXVILLE, Tenn. — Over the last 9 months, Erin Pressley's husband has been in Ukraine deployed with the Army National Guard's 278th Armored Calvary out of Knoxville.

"Life has been chaotic with hard times and good times. We are just happy to get through it and this moment is surreal," Erin Pressley said.

The hardest part for Erin Pressley has been raising her two boys with her husband.

Erin's husband, Lt. Ran Pressley, came home on Tuesday night and his family anxiously waited. When he got off the bus, his family rushed to him and smothered him in hugs.

"It's amazing. It's very amazing. It so surreal it will probably hit me in a couple days," Lt. Ran Pressley said.

Pressley carried his boys on his shoulders, laughed with them and hugged them.

"I can't believe he's physically present with me right now," she said.

Lt. Pressley said luckily he was able to video chat while overseas, but seeing his family  in person tops it all.

"They have the same energy, they're just moving a lot faster and they're stronger now," Lt. Pressley said.

Lt. Pressley said the first thing he wanted to do when he got home was have a family dinner and get his life back to normal as fast as possible.

The 13 soldiers who returned Tuesday are just the first few of more than 800 from the 278th who will finally return from their deployments throughout May.