Patrons of CLIMB Works may have been exposed to contaminated water from May 11 through July 11, 2018, the lawsuit said. 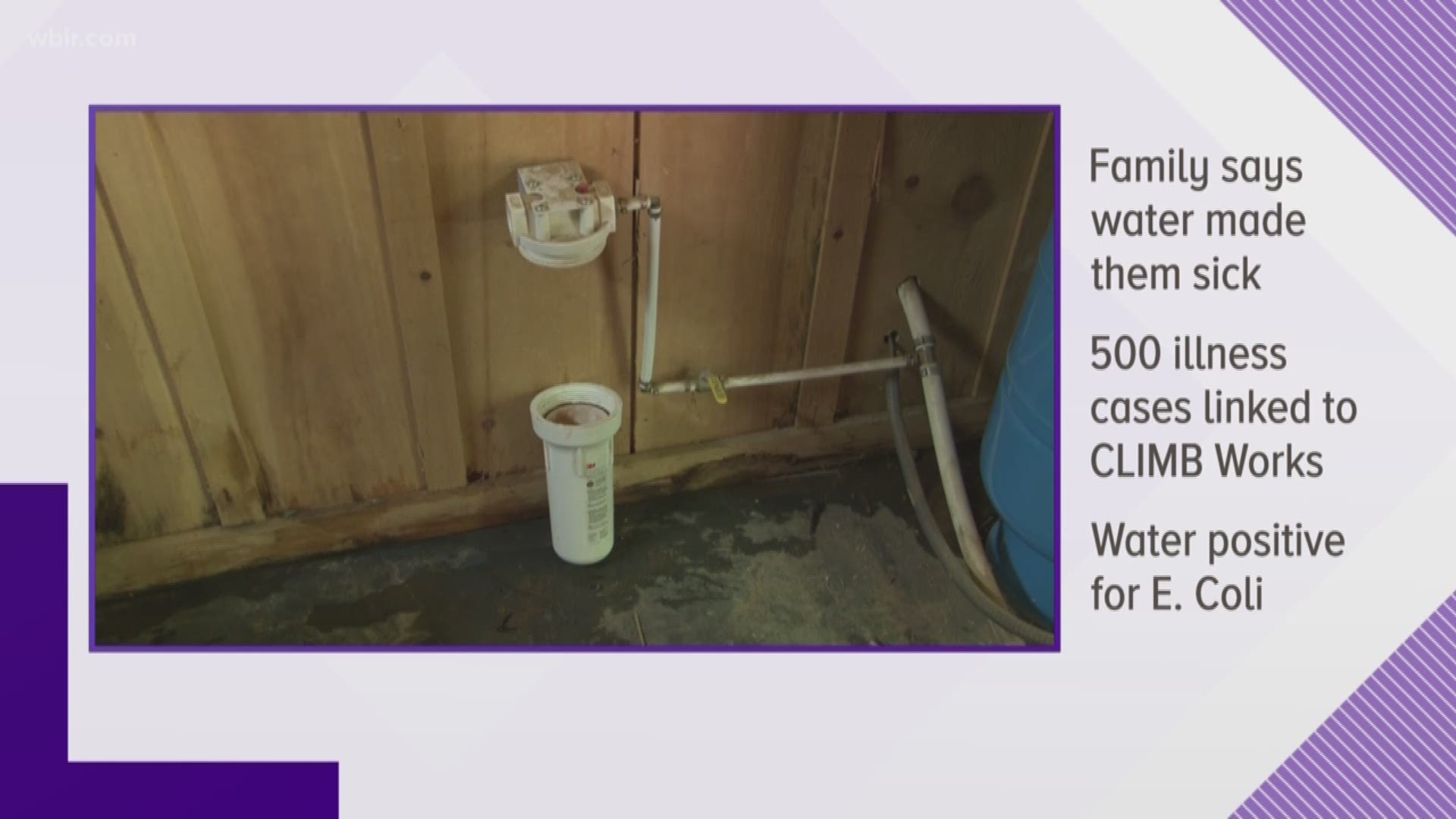 SEVIER COUNTY- A New Orleans family filed a lawsuit in Sevier County Friday against CLIMB Works LLC, a zipline company in Gatlinburg, for exposure to E.coli, norovirus and other water contaminants.

Tristan and Melissa Manthey, as well as their children Gracie and Tristan, became ill and are suing the company for their "pain, suffering and loss of enjoyment of life as a result of the injuries sustained and any consequential damages," according to the complaint.

The family visited the attraction on July 5, 2018.

That was four days before the Tennessee Department of Health said more than 500 cases of gastrointestinal illness were reported at CLIMB Works Zipline Canopy Tour in Gatlinburg since mid-June of 2018.

The Division of Water Resources initially visited the company on July 3, 2018, in response to possible water quality concerns, according to a notice of violation sent to CLIMB Works on July 13, 2018, from the Tennessee Department of Environment and Conservation.

DWR went back on July 5 for additional sampling, which "yielded results indicating possible E.coli contamination of the drinking water source and/or facility."

The notice of violation said CLIMB Works had violated two division rules, one for "being identified as a source of a waterborne emergency" and another for "operating a public water system without notifying the Division of Water Resources prior to placing the new system in operation."

The notice also acknowledged that CLIMB Works had completed all requested actions to address immediate and acute water system concerns. It also said CLIMB Works is currently in the process of obtaining the services of a certified operator.

Beginning in August, CLIMB Works will be required to submit at least one water sample for bacteriological analysis to the State laboratory each month, according to the notice.

Tests performed by the TDH independently investigated facility operations and also indicated contamination of E. coli and total coliforms found in the well water and were believed to be linked to the cases of gastrointestinal illness. The TDH said multiple patients tested positive for norovirus, and one person tested positive for both norovirus and E. coli.

According to the complaint, the family drank water at the company that "was contaminated with fecal matter, E.coli, norovirus and/or other contaminants injurious to human health. As a result of drinking said water, the Plaintiffs became ill."

The complaint accuses CLIMB Works of negligence for providing its patrons with the contaminated water and not properly testing or maintaining its water in accordance with the Tennessee Safe Drinking Water Act.

The couple is seeking up to $50,000 in damages and class action status for the lawsuit because they believe others were affected by the contaminated water as well.

10News will continue to update this story as we receive new information.