The town is asking state and federal governments to halt 5G towers until the FCC conducts a study into any possible health risks. 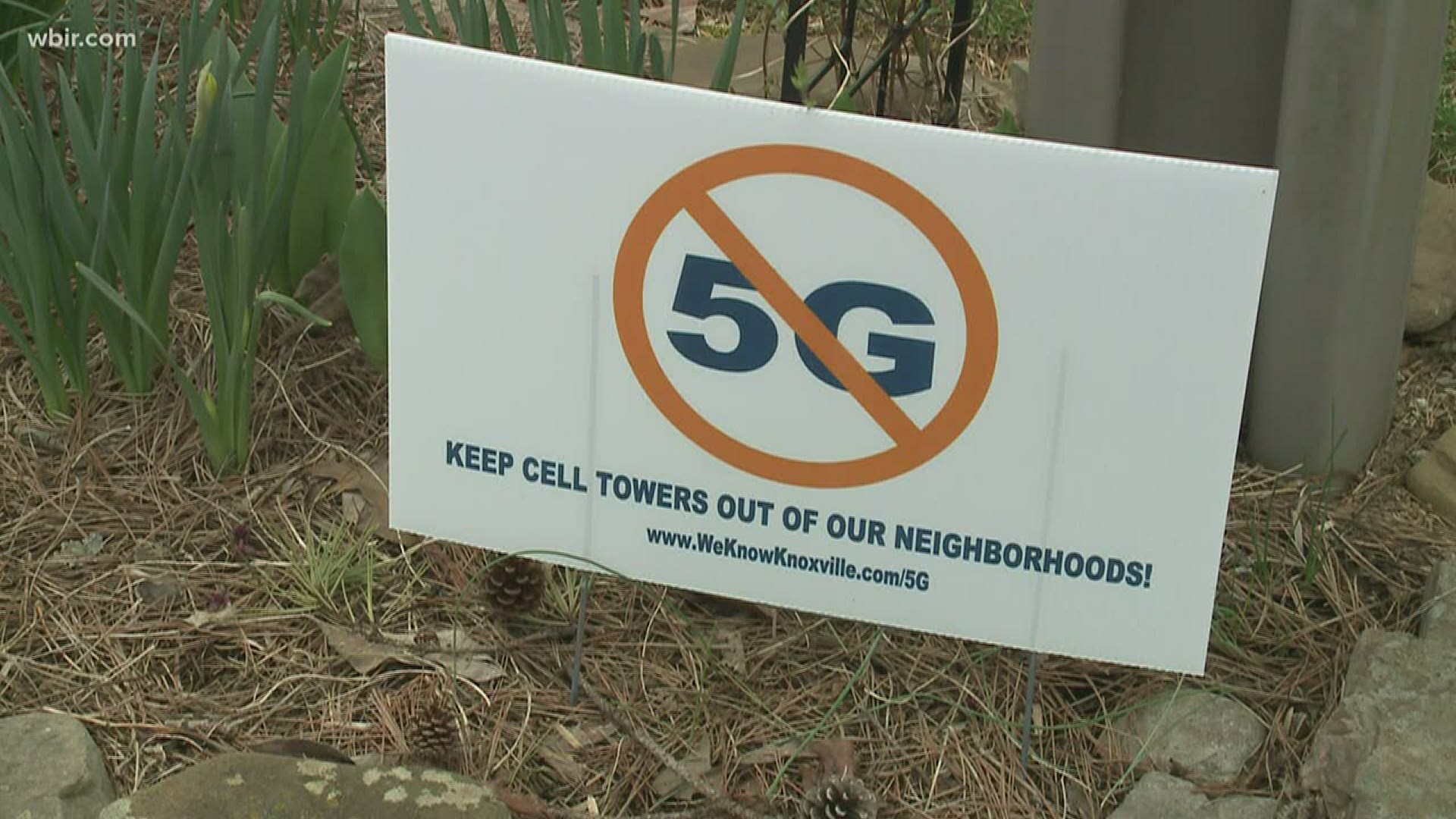 FARRAGUT, Tenn. — The town of Farragut has approved a resolution calling on state and federal governments to halt 5G.

The board has asked the town attorney to make minor changes to the resolution that are expected to be approved by early next week, saying it won't need to go before the board again.

5G stands for the fifth-generation technology standard for cellular networks. Some Farragut residents protested the technology earlier this year when Verizon planned to install small cell support towers that look like streetlight poles.

The measure asks governments to halt 5G infrastructure until the FCC conducts an independent study into any possible health risks posed by the technology. Farragut's resolution does not have the power to block federal authorization of new cell towers, so the measure is effectively a request.

The resolution claims that federal and state governments have enabled cellular service networks to "rapidly" and often "recklessly" build towers in areas already crowded with other utilities.

The resolution also calls on the FCC to conduct an independent study to reevaluate its radio frequency emissions standards in light of new developments in cellular technology like 5G.

RELATED: Not everyone is happy with small cell phone towers coming to Farragut neighborhoods

A report included in the meeting's agenda states that some residents living near proposed 5G tower sites were concerned that the towers could negatively affect people's health.

You can read the town's Thursday meeting agenda in full here. Items related to the resolution begin on page 11.

This comes as social networks take steps to stop the spread of conspiracy theories about 5G.

RELATED: VERIFY: There is no link between past wireless technology upgrades and disease outbreaks