The father said his son searched online for information about areas in the Smoky Mountains as well as Glacier National Park, believing he may have headed to one. 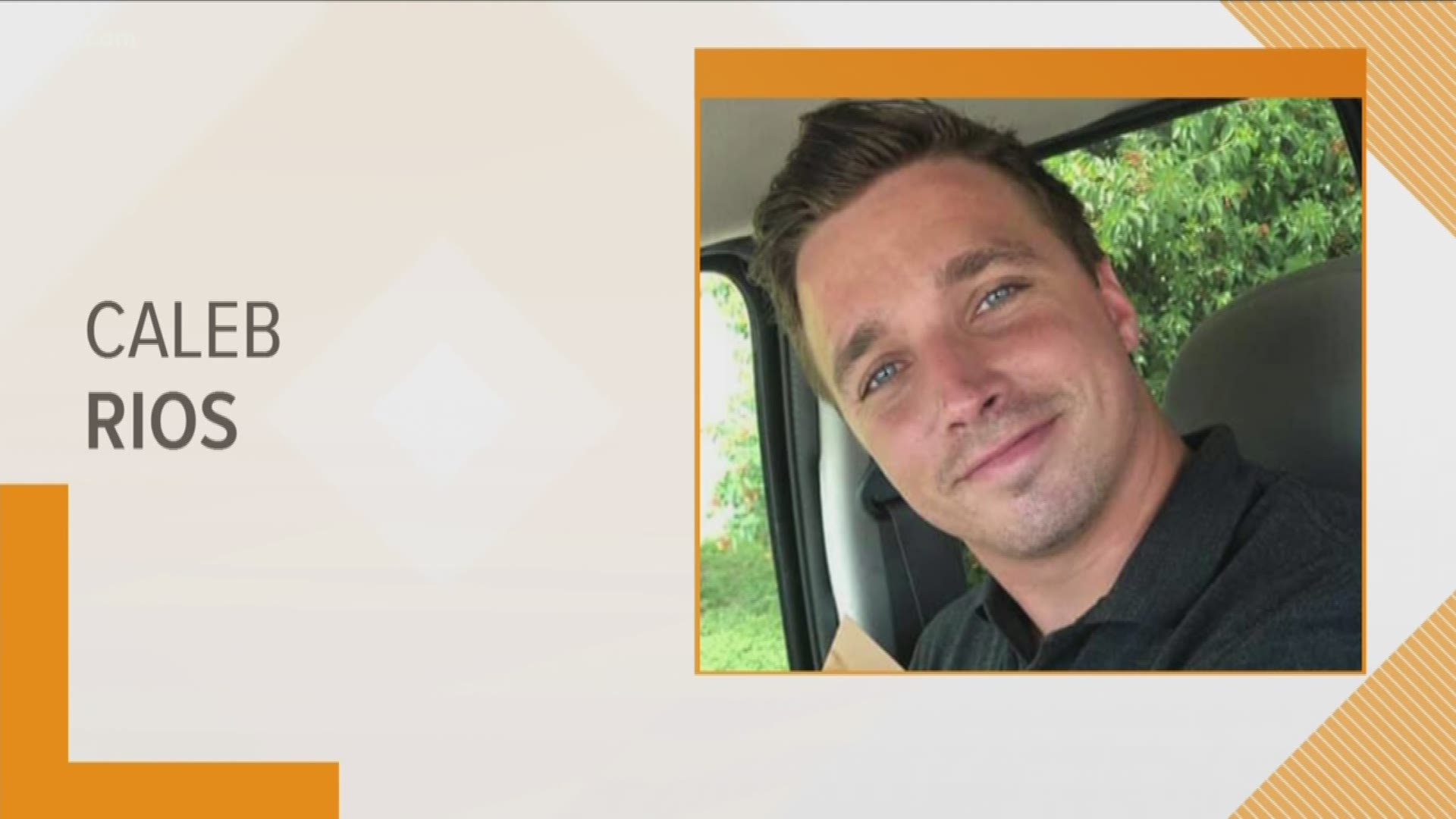 Caleb Rios joined the Army right out of high school. For six years, the now 26-year-old traveled the world as an Infantry Soldier. He lived in Indonesia, Egypt and Hawaii, Texas. His family told Dateline that Caleb was happy.

“He’s the most even-keeled kid. Calm. Happy,” Eric Rios, Caleb’s father told Dateline. “He is just laid back and goes with the flow.”

During Caleb’s years on active duty, he married a woman in Texas and they had a baby girl, Eric said. Caleb’s daughter will be three years old at the end of this month. But as the Army transferred him to different places around the world, the distance between Caleb and his new family put a strain on his relationship and Caleb and his wife decided to get a divorce.

After four years at his last post in Hawaii, Caleb left active duty, joined the Reserve and returned home to temporarily stay with his parents at their home on Rembrandt Drive in O’Fallon, Missouri. For five months, Eric said his son helped run the family businesses. They own a plumbing business and a carpet cleaning business. The goal was to pass the businesses to Caleb after Eric retired.

Three weeks before he vanished, Caleb’s family said they noticed his demeanor started to change. He was sleeping all day. He missed work. He never wanted to talk to anyone.

According to the St. Charles County Police, on Oct. 1, 2019, Caleb got into his gray 2008 Saturn VUE bearing the Texas license plate MCK-1368 and drove away. Security footage at the Rios home showed Caleb leaving at 1:05 a.m. He hasn’t been seen or heard from since.

“We didn’t think much about it at first,” Eric told Dateline. “Thought he just needed some time for himself. We waited 48 hours before even calling police.”

Eric said the only reason they called police at that point was because of what Caleb’s older brother found on Caleb’s internet search history.

There were searches on “how to commit suicide” and “what to do to go to heaven.”

“We had an idea that he was depressed,” Eric said. “But I didn’t think he’d consider anything drastic.”

Eric checked his gun case and noticed one of his handguns was missing. He said other than himself and his wife, Caleb was the only one who had the combination.

“He’s the only one I trusted with it,” Eric said.

Eric said he thinks Caleb’s depression was caused by his debt, his pending divorce and the transition from Army life to civilian life.

He added that two of Caleb’s friends who were in the Army with him recently took their own lives.

“Caleb never saw active combat, so I’m not sure his mood was necessarily triggered by that,” Eric said. “But, he trained soldiers. When you asked him what he did, he would say ‘I train people to kill.’”

Eric said his son also searched online for information about areas in the Smoky Mountains, as well as Glacier National Park in the Rocky Mountains. Eric said they think he could be headed to one of those areas.

At 9:17 a.m. on the day Caleb vanished, authorities with the St. Charles County Police Department said that according to a license plate reader, his vehicle was spotted in Lincoln, Nebraska.

Eric said his son does not have any ties to Nebraska.

Detective Kevin Knobbe with the St. Charles County Police Department told Dateline they have alerted park rangers in both areas, but there is not much they can do without a more specific area to search.

“We’re following all tips and leads that we have right now,” Det. Knobbe said. “But really we just need everyone’s help to keep an eye out for Caleb.”

On Oct. 11, Eric said on Facebook that Georgia police had been notified that a hiker may have spotted his son at the Tallulah Gorge State Park near the Georgia/South Carolina state line recently.

"Tallulah Chief of Police was notified and is working the area. The lady who saw him said she was 80% sure that was him. Keep a look out there and let us know if you see him," he said.

Eric Rios
Missing Person Update** An individual said that they think they sa... w and met with Caleb in the Tallulah Gorge State Park in Georgia two days ago. Tallulah Chief of Police was notified and is working the area. The lady who saw him said She was 80% sure that was him.

Caleb is described as being 6 feet, 3 inches tall, 250 pounds with brown hair and blue eyes. He has a sleeve tattoo on his right arm with his name woven throughout the design.