Father, son march into homecoming in Pride of the Southland Band

Both are alumni of the University of Tennessee and the Pride of the Southland Band. They march together in the alumni band every year at homecoming. 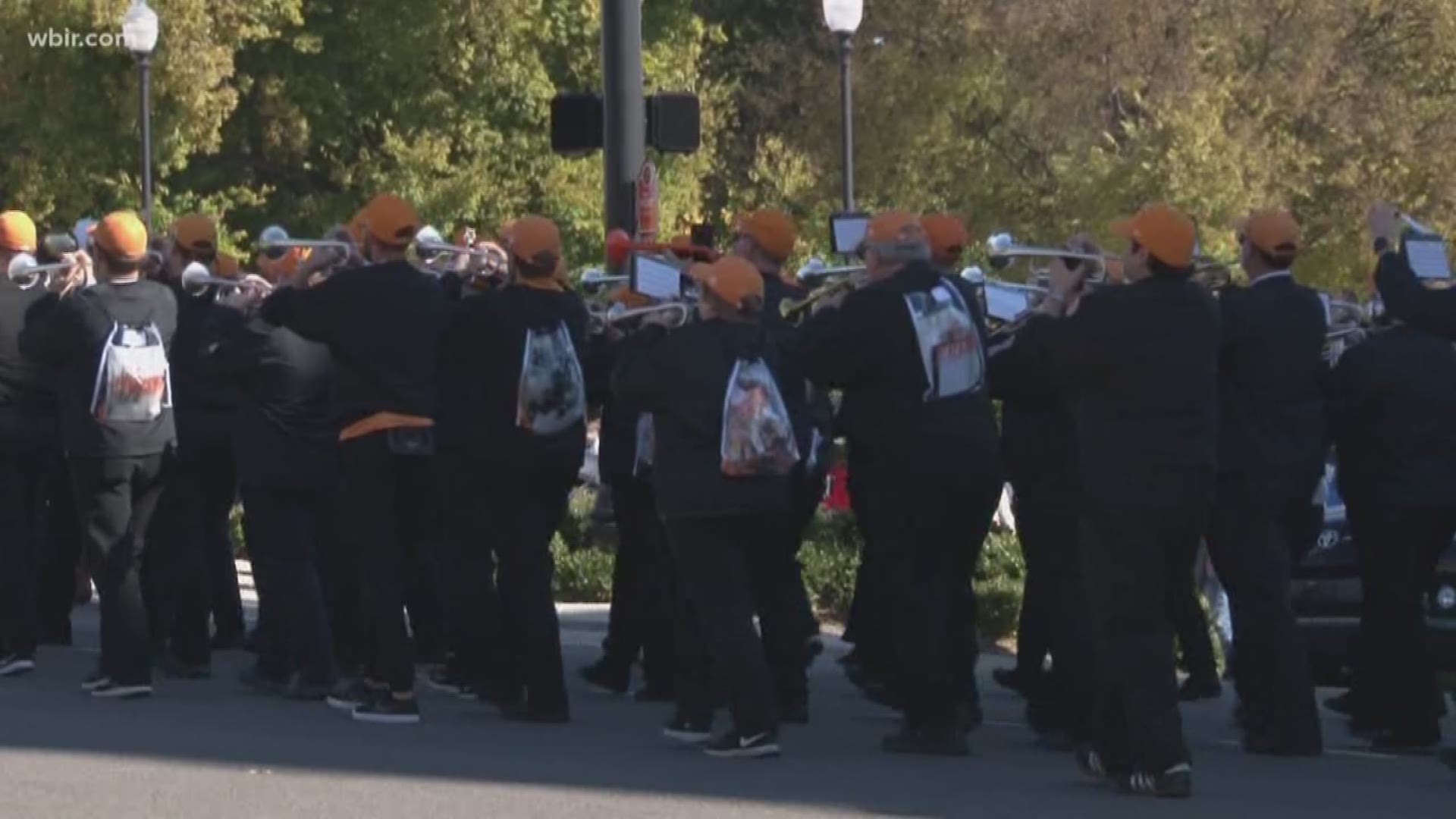 Downtown Knoxville, Tenn. — James and Andrew Temple share a special bond. Not only are they father and son, but they are both alumni of the University of Tennessee's Pride of the Southland Marching Band.

Andrew graduated from the University of Tennessee in 2011, while James graduated in 1978. Both men play the trumpet, and take great pride in their big orange alma mater, according to Andrew.

"I always knew I wanted to go to UT and that dream came true," Andrew said. "I knew I wanted to march in the Pride. That came true. I graduated in four years, and we’re trying to do whatever we can to give back to the university, whether it’s just coming out here for homecoming reliving those memories, or just always knowing you’ve got that volunteer spirit in you.”

James said even 40 years later, he is more than proud to claim the Pride.

"This is a very, very special organization," James explained. "I think the Pride of the Southland does it better than anybody in the SEC, and I'm very proud to be a part of it."

Every year, the duo comes back to the UT Homecoming game to participate in the Alumni Band performance. It's a tradition they are happy to continue. They both play trumpet and even get to stand next to each other in some formations.

James said he was over the moon when Andrew decided to play trumpet and follow in his footsteps at UT in the Pride. James said he even gave Andrew some advice.

"When he was a freshman at his first football game, I called him the night before and I said, 'Take a moment and just remember when you step across that sideline the white line the very first time. It's special.' I can still remember doing that all those years ago," James recounted.

Andrew said homecoming brings back a wave of memories and emotions, and he's glad he gets to experience it all, while making new memories with his dad.