In 1997, the rookie agent found a kidnapped baby in a box. At his retirement ceremony, he was reunited with the man he rescued, now a U.S. Marine. 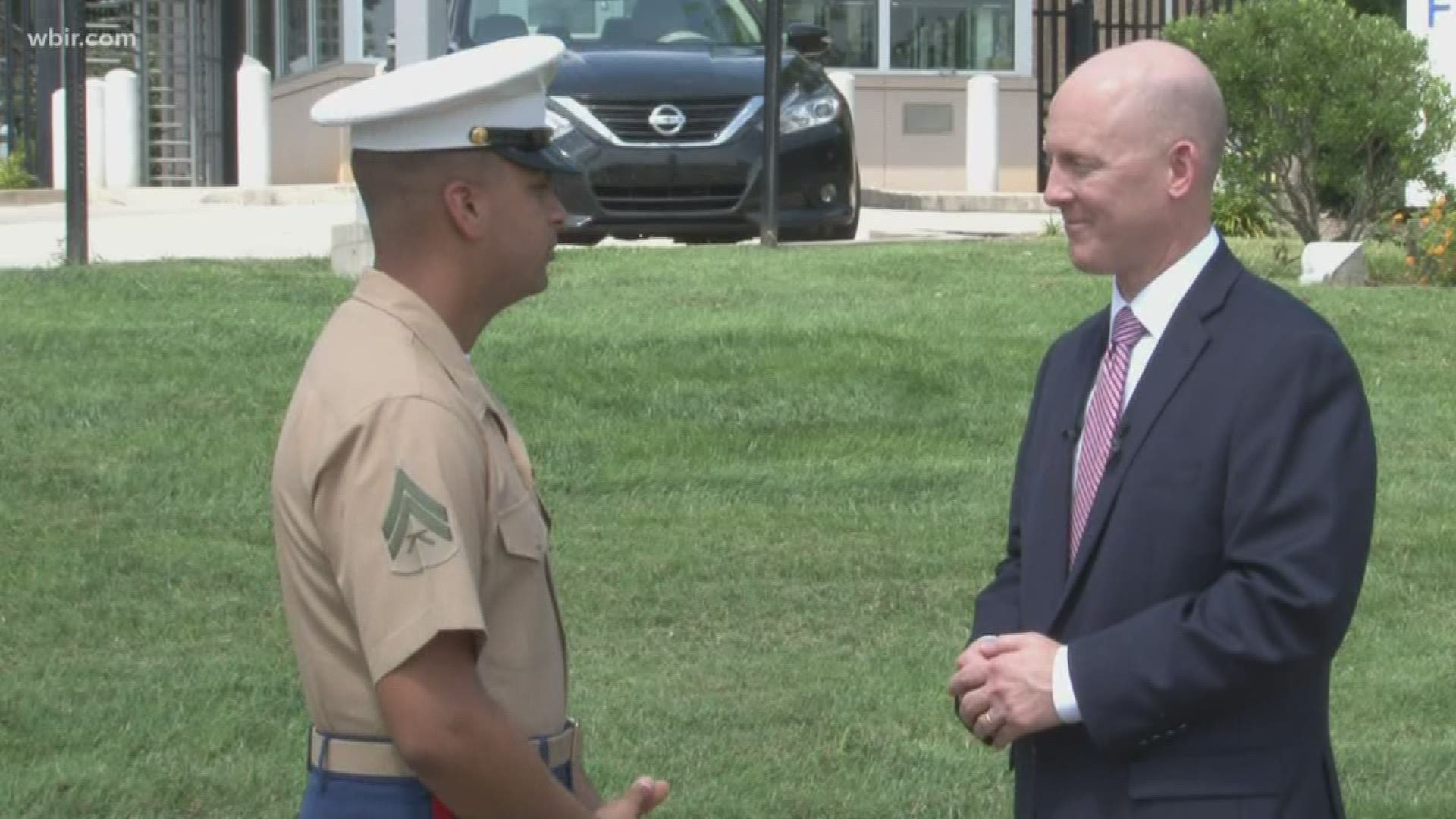 KNOXVILLE, Tenn. — More than twenty years ago, a rookie FBI agent rescued a newborn baby from a dumpster. On Friday, the two were reunited for the first time.

In 1997, FBI Special Agent Troy Sowers had just two months on the job out in Washington when he caught a case that would change his life.

"We got a call that a one-day-old baby had been kidnapped out of the hospital. The locals were already working the case and they called the FBI in for assistance," said Sowers.

A woman posing as a nurse had taken the infant from his parents right out of a hospital in Tacoma.

Sowers found the baby in a box in a dumpster a few days later.

"Every time you find a kidnapping victim alive, it's a great day," he said.

He never forgot about that swaddled baby, even as he worked and closed many more cases in his career with the FBI.

"It's interesting, over my 22-year career, when people ask me highlights of my career, I would always mention this, that I had pulled a baby out of a box, but never really focused on it because it was one of those things that we do," he said.

At Sowers retirement ceremony in the Knoxville field office on Friday, that baby walked through the door, now a full-grown man and a U.S. Marine.

Cpl. Stewart Rembert wanted to meet and thank the man who so impacted his life at such an early age.

"Without him, I wouldn't be where I am today... a United States Marine," said Rembert. "This wouldn't have happened if you didn't find me. I want to thank you for giving me the opportunity of a life and being able to put on this uniform every day and be proud of what I do."

The two men shared a warm hug as the crowd applauded.

"For me, it's kind of a fascinating story that somebody I had pulled out of a box had now started serving his country," said Stowers.

"I think that is the perfect bookend," said Sowers. "It really just puts the final touch to a career."