Feds dissatisfied with Y-12 management, will let contract with CNS expire in 2021

The NNSA said it was not satisfied with CNS due to longstanding performance issues in key areas such as security and safety. 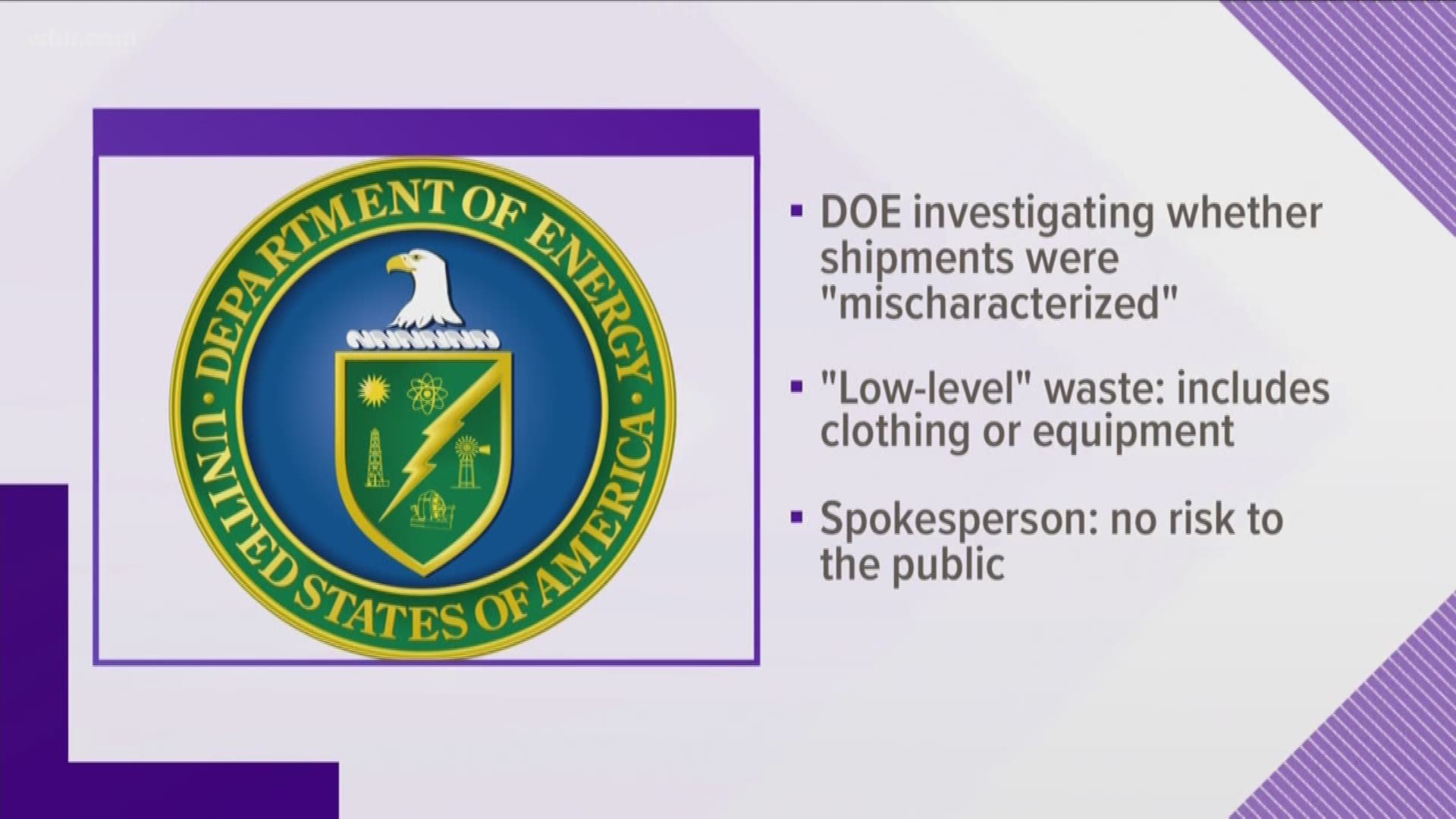 The National Nuclear Security Administration announced it won't extend its contract with the company in charge of operating and managing the Y-12 National Security Complex in Oak Ridge.

The NNSA said it was not satisfied with the progress Consolidated Nuclear Security (CNS) made to address longstanding performance issues in key areas such as security and safety. The federal agency denied CNS a two-year contract extension, which is set to expire September 30, 2021.

The NNSA said it expects to contract a new company to take over on October 1, 2021.

"NNSA is committed to supporting the continued success of both the Y-12 National Security Complex and the Pantex Plant in their unique role in addressing some of the greatest challenges to our nation’s national security," the agency said in a release. "The important work at Y-12 and the Pantex Plant will continue unabated, and the workforce continues to be our top priority."

In CNS' 2019 performance report, the NNSA praised the company's work on the mission delivery side, but noted critical problems involving cyber security, nuclear explosive and technical safety violations, repeat incidents due to a "lack of follow up on corrective measures," and mismanagement of overtime.

In July 2019, the U.S. Department of Energy announced an investigation revealed shipments of low-level radioactive waste shipped from Y-12 to Nevada had been mislabeled and out of compliance with the state's safety regulations for years.

Jason Bohne, the senior director of communications for CNS, said the company is reviewing the NNSA's feedback.

"The National Nuclear Security Administration’s decision is disappointing, but it does not overshadow the important work performed by the patriots who come to work every day at our sites," he said. "CNS will review the NNSA’s feedback and drive to improve our performance. We remain focused on delivering our vital mission for the nation, safely and securely, while addressing challenges and continuing to build an enduring future for Pantex and Y-12.”

The NNSA contracted CNS to take over management of Y-12 from B&W Y-12 following a security incident that made national headlines in July 2012. Three activists, Sister Megan Rice, a nun, and her colleagues, Michael Walli and Greg Boertje-Obed, managed to break into the facility by cutting through multiple high-security fences so they could splash human blood on the Highly Enriched Uranium Materials facility in protest of nuclear weapons.

The three were found guilty of sabotage, trespassing and damage to government property, and imprisoned for nearly a year before a federal appeals court tossed out their sabotage conviction.

You can read the NNSA's 2019 performance report on CNS below: