Lacie and John Neal are cherishing every moment with their son Samuel after he almost drowned in a fish pond over the weekend. 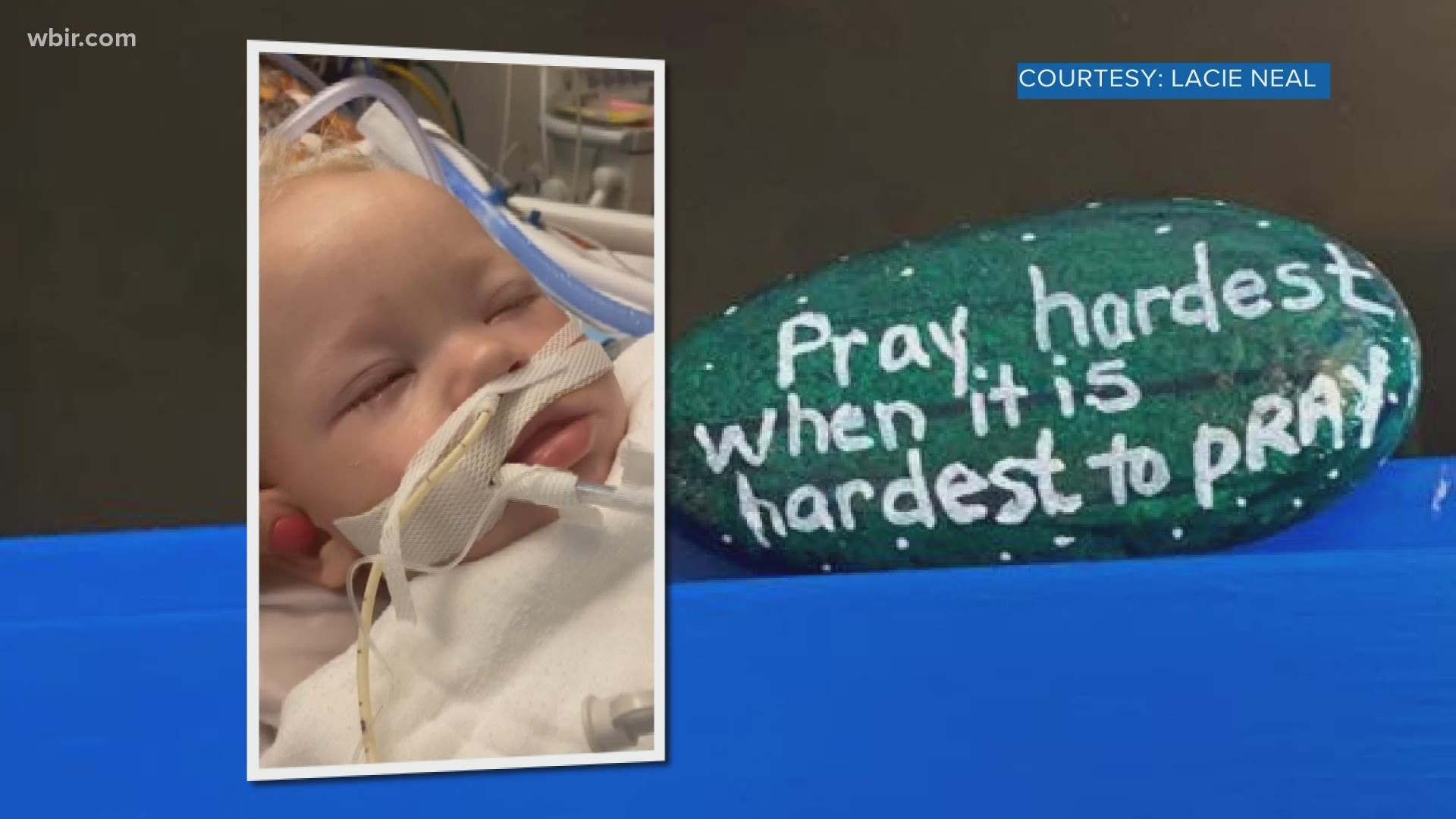 CUMBERLAND COUNTY, Tenn. — UPDATE (May 7): The toddler who nearly drowned in Cumberland County was doing well and was recovering, according to a post from officials and his parents.

On Friday, they posted a video showing the boy's mother holding him, after days spent in critical condition. You can watch it here or below: 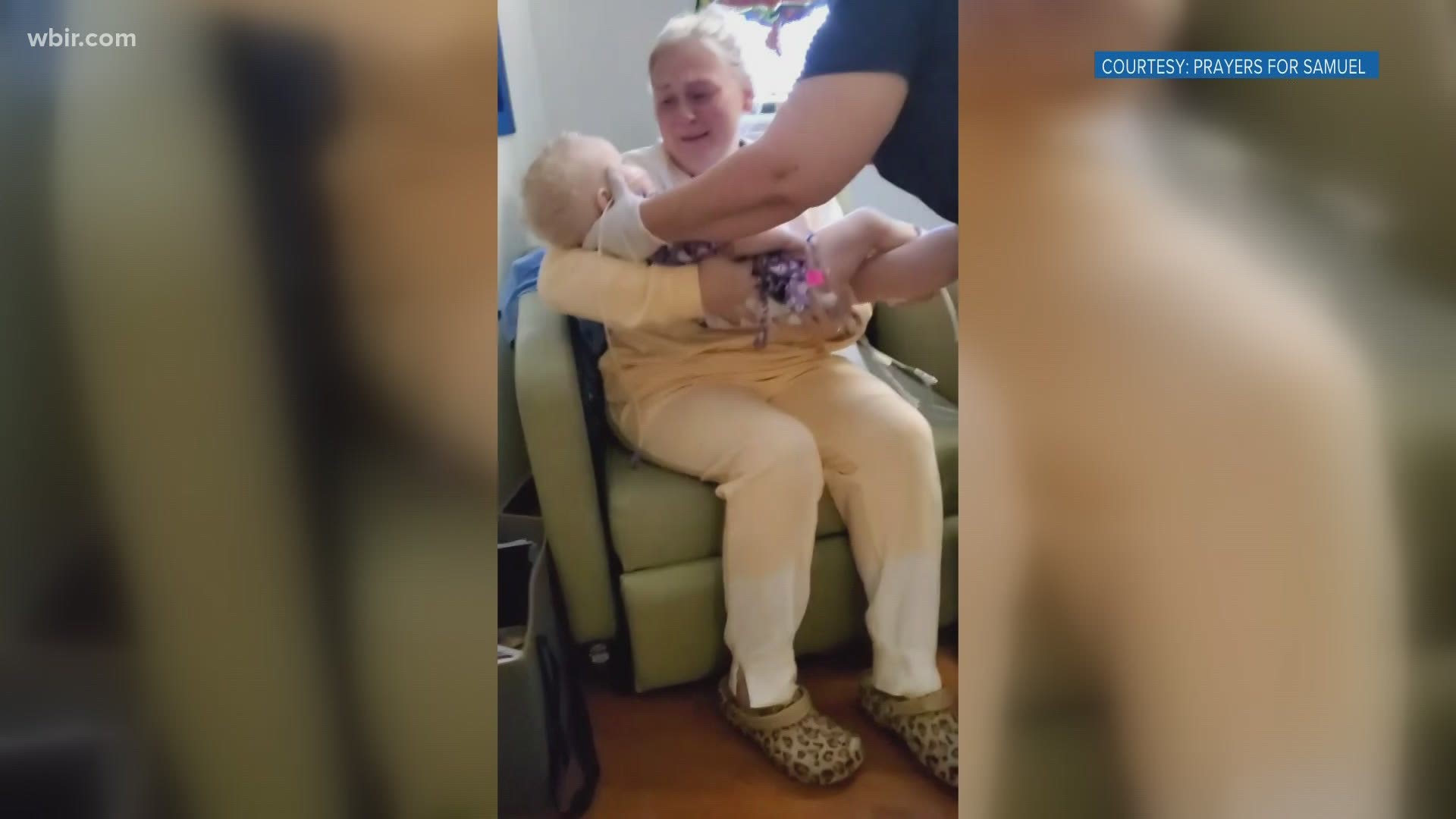 A Cumberland County toddler is in critical condition at the hospital four days after he almost drowned in a fish pond. The 1-year-old boy's parents are holding tight to their faith and hope for his recovery.

Lacie and John Neal know their son Samuel is a fighter. They haven't left his side at East Tennessee Children's Hospital since Saturday.

"Reminding him of how strong he is," Lacie Neal also said.

John remembers every moment of finding his son in a koi pond — giving him lifesaving CPR and watching as crews loaded Samuel onto a Life Flight helicopter.

"He is such a strong boy, he's so vibrant, you hate to see him laying there like that," John said. "If you don't believe in miracles, then you need to, because Samuel when I found him, he was dead as dead can be, and God brought him back to us, and that's just -- that's it, 100 percent."

RELATED: Parents, deputies perform CPR on 1-year-old boy until EMS arrives after he was found unconscious in pond

Every day since has been a rollercoaster of emotions. John said that the child was still facing repercussions from the brief lack of oxygen to his brain.

But the couple is keeping their faith, praying hard and cherishing every moment they have with him.

"I'm hoping that God sees all this in our faith, and I'm hoping that He will. Whatever purpose all this was, and everything about it, that it gets done, and then He brings him back and heals him completely," John said.

Thousands of followers to a "Prayers for Samuel" Facebook group are showing support through the screen and spiritually. Many have already donated to a GoFundMe. Others are selling shirts, cupcakes and painting rocks to keep the toddler close to their hearts.

"It's just hard to even fathom what they're doing, and they're just doing it because they care. I mean, that's it," John said.

Every second spent with their son is a reminder of how precious life is.

They say the staff at East Tennessee Children's Hospital has been so helpful in a difficult time.

The Neals want others to know it's so important to keep your eyes on your kids at all times. They say a few minutes changed their lives forever.