When KFD firefighters arrived at the home, flames were through the roof. 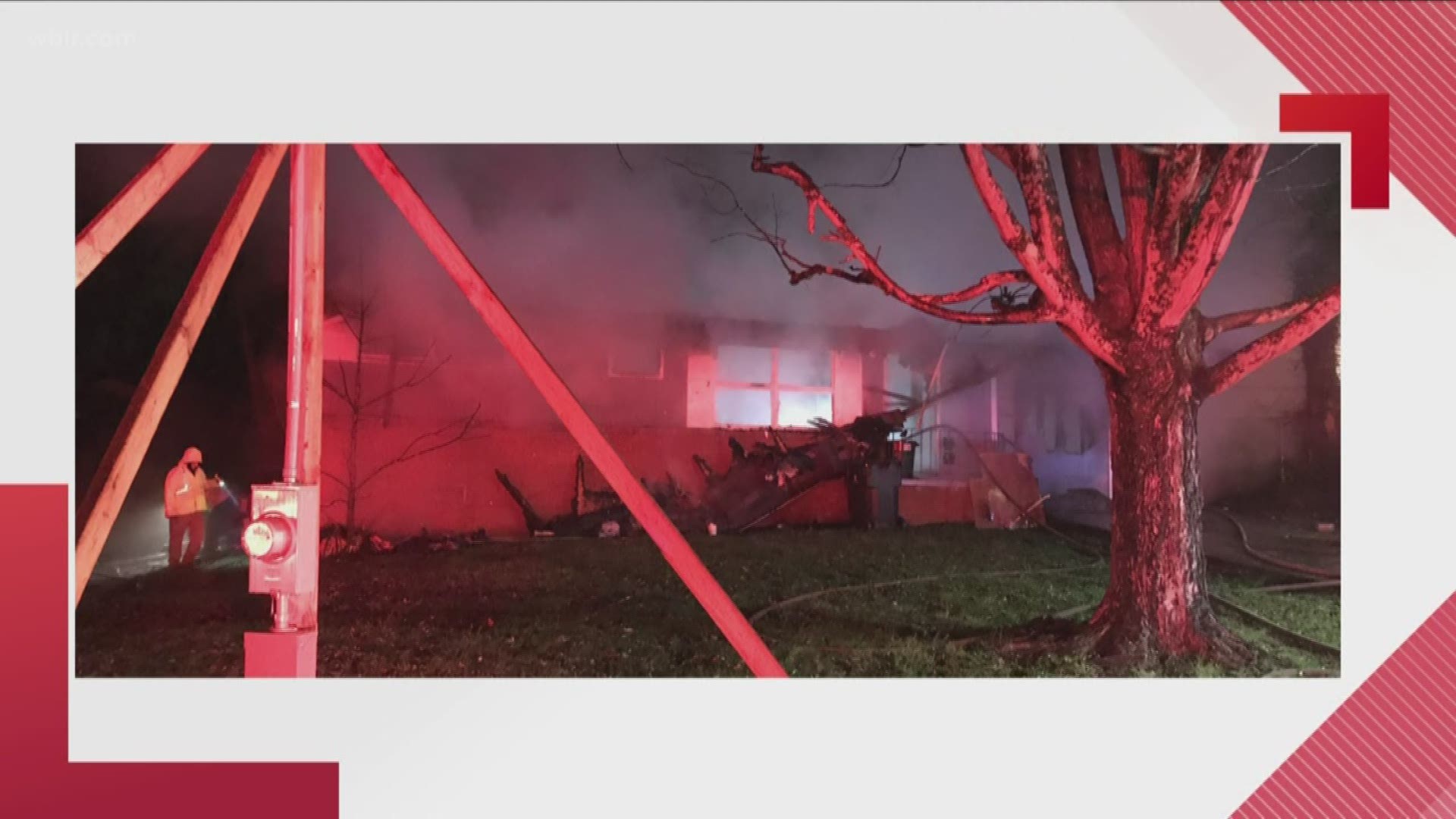 KNOXVILLE, Tenn. — A fire broke out in a South Knoxville home early in the morning on Nov. 27. The Knoxville Fire Department responded at 4:47 a.m.

Neighbors called the fire in after it broke out in a house on Peachtree Street. The one-story rancher house was under construction and unoccupied. There were no reported victims. However, KFD said that flames were visible through the roof by the time firefighters arrived.

The house caught fire despite a wet and rainy morning. It did not spread, and only the house appeared to be damaged. Firefighters brought it under control later Wednesday morning.

RELATED: Rural Metro: Chimney and wood stove likely cause of fire at home on Miller Road