Authorities say the closest source of water to fight the fire was 2,000 feet away at the bottom of a hill. 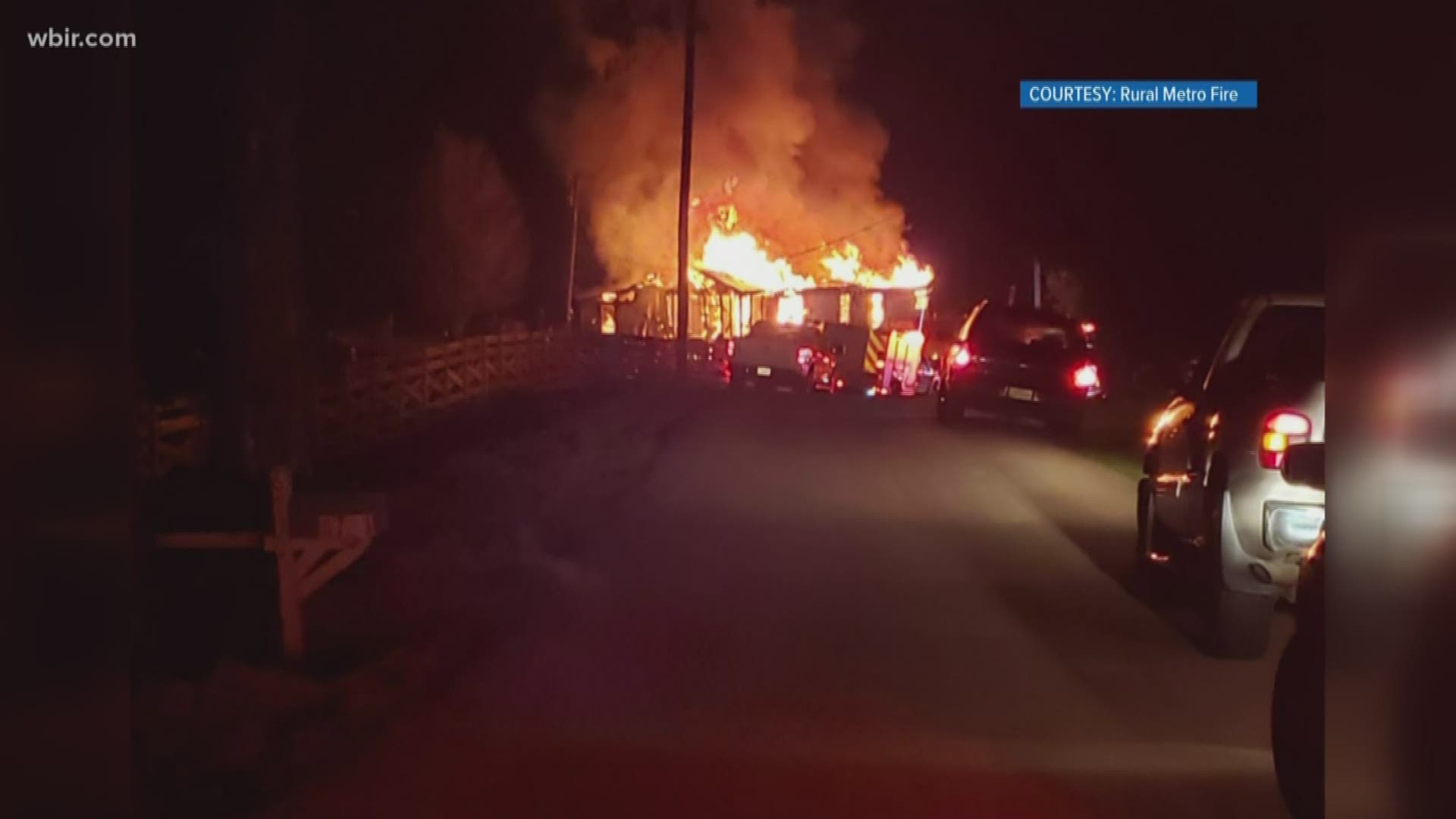 It was completely engulfed in flames by the time first responders arrived at Draper Cemetery Road, according to Rural Metro Fire.

They arrived by 1:10 p.m. at 9120 Draper Cemetery Road and immediately began working to extinguish the flames. However, the closest source of water was 2,000 feet away at the bottom of a hill, according to Rural Metro Fire. They used a supply hose to prevent the fire from getting any worse.

One person was at home when the fire broke out but exited before first responders arrived. No injuries were reported, and the flames were eventually put out.

The cause of the fire is under investigation.