A wildlife camera captured shots of an armadillo in the Smokies. It's the first documented armadillo within the boundary of the Great Smoky Mountains National Park. 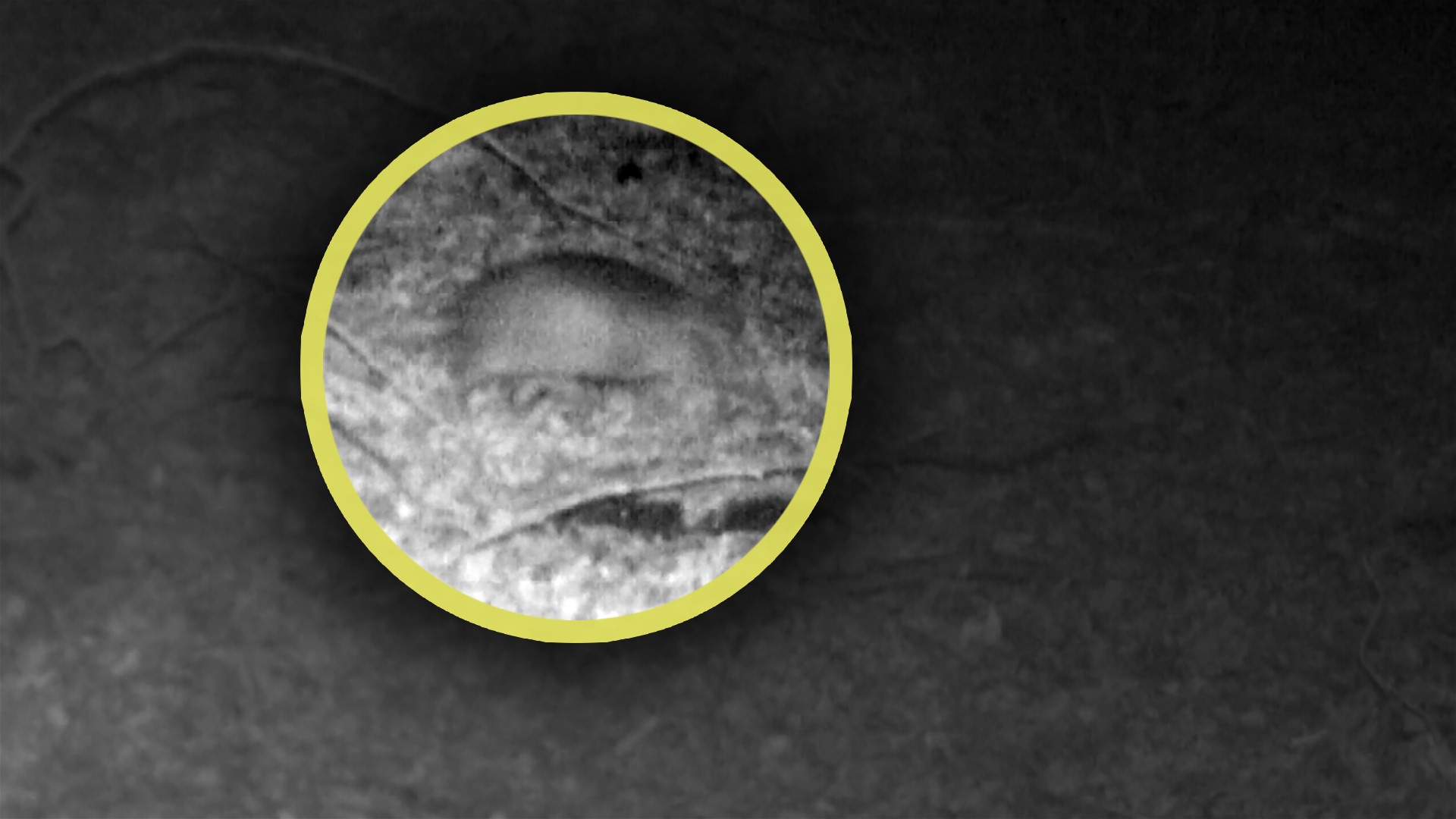 GATLINBURG, Tenn. — An armored invader is now the new king of the mountain in the Smokies.

Well, at least, there's a new animal on the list of official species in the Great Smoky Mountains National Park.  A wildlife camera at Newfound Gap captured several photos of a nine-banded armadillo.

"It's the first documented, live armadillo inside the park.  We had some sightings of roadkill just outside the park boundary in the last few years. But we never had an armadillo within the interior of the park, dead or alive," said Bill Stiver, GSMNP supervisory wildlife biologist.

Credit: WBIR
The first nine-banded armadillo in the GSMNP photographed at Newfound Gap by a park biologist's wildlife camera.

Armadillos first took up residence in Tennessee in 2013 near Sewanee on the Plateau.  That location surprised scientists because they previously assumed any armadillo expansion would avoid the cold temperatures found at higher elevations.

Biology professor Tim Gaudin at UT Chattanooga tracks the armadillo expansion in Tennessee.  He was slightly amazed the first sighting in the Smokies was at more than 5,000 feet elevation at Newfound Gap.

Credit: WBIR
Map showing the locations armadillo roadkill was found on the edge of the Great Smoky Mountains prior to the first sighting inside the park June 2019.

"I had a report last year from someone in Maggie Valley [North Carolina] about an armadillo in their back yard. Maggie Valley is around 3,000 feet elevation and that was the highest altitude I documented before.  So, Newfound Gap is a significant climb," said Gaudin.

There are bragging rights for biologists who document new species in the national park.  In this case, Stiver says the credit goes to the person who placed the wildlife camera at Newfound Gap.

In August 2018, WBIR reported on the many sightings around the perimeter of the national park. Gaudin and Stiver both expected an armadillo to eventually make its way inside the park.

"We don't know what impact they might have on other species that are here. But we do know they are primarily insectivores," said Stiver.

"The insect density is great in the Smokies. There are attractions for armadillos," said Gaudin.

Now a new icon of the Animal Kingdom stands alongside the majestic elk and the beautiful black bears of the Smokies.  Just don't expect the non-profit Friends of the Smokies to sell armadillo license plates anytime soon.  Yet, that will not stop us from photoshopping a mock model.

Gaudin wants your help tracking the spread of armadillos in East Tennessee. He relies on reports and photographs from the public to map their expansion.

"My favorite thing is when the general public contacts me. They have way more eyes than I do. Just send me an email at timothy-gaudin@utc.edu and tell me what you saw, send me a picture, tell me where you saw it, and I'll add it to the database," said Gaudin.

Gaudin cautions people to avoid handling roadkill or live armadillos due to the risk of disease. The animals are one of the only mammals other than humans that can carry leprosy.

A dead armadillo spotted on I-75 near the Sweetwater exit in Monroe County, Aug. 21, 2018. Photo by Jerry Owens.

"We have not had any cases of someone in Tennessee contracting leprosy from armadillos, but do not handle them. If you have to touch one, always wear gloves and wash your hands because there is a risk [of disease]," said Gaudin.