The biggest freshman class ever will walk through the halls of UT on Wednesday. 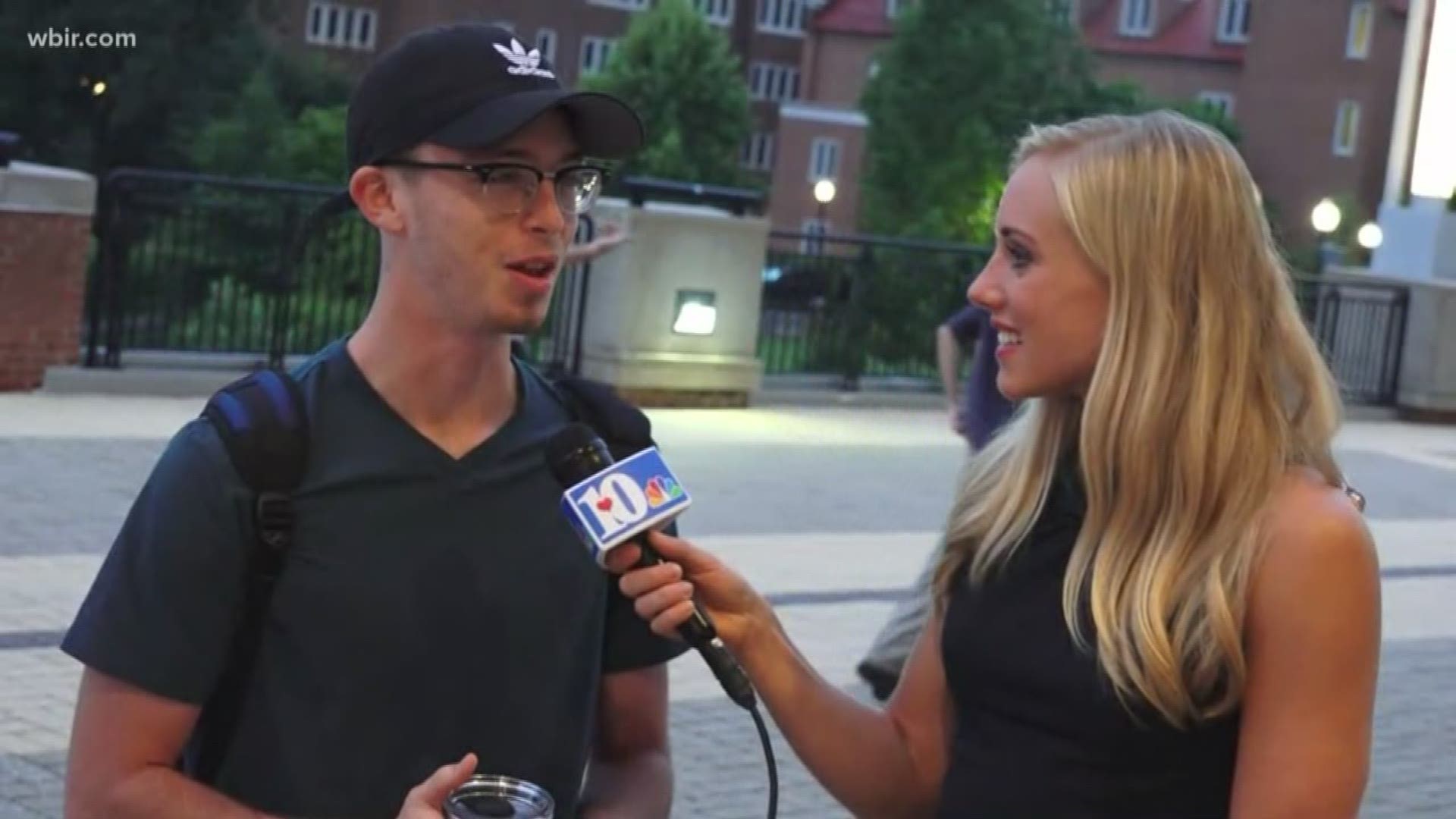 Classes begin Wednesday for University of Tennessee students, and about 5,180 freshmen will walk into their first college course, the largest freshman class on record, according to a UT news release.

There are also about 1,320 new transfer students, making the number of new students on campus around 6,500.

“We are very excited to continue on this path of attracting amazing students and are looking forward to what they accomplish during their time as Volunteers,” Vice Provost for Enrollment Management Kari Alldredge said in the release.

980 freshmen are first-generation college students and 80 percent of the freshman class is from Tennessee, representing 91 of the state's 95 counties. 45 percent of those come from the state's largest cities, while 55 percent come from other areas in the state.

43 states and 29 countries are also represented by the incoming class, with Georgia, Virginia, North Carolina, Ohio and Illinois the top five out-of-state markets for freshmen.

The new students have had a flurry of activities to welcome them to campus, starting with Move-in Day on Saturday, a class photo at Neyland Stadium on Sunday and Torch Night on Monday.

Torch Night is a tradition started back in 1925 where upperclassmen symbolically pass down the Torch of Preparation to the freshman class.

And some of these students are already getting involved, whether it's athletic practices, band practice or Greek Life recruitment.

“A big pull was the SEC football, and wanting to stay in the south, the location with the river and the mountains its perfect," Spera said.

Plus, that first football game is just around the corner on September 8 against East Tennessee State University.

“I’m excited for Saturday football games, just being kind of close to home, kind of far away having my own freedom and being on my own," freshman Rachel Lemkin said.

Coming from Johnson City, she says the college was the perfect fit.

“The campus as a whole felt like home, I came for a weekend visit last fall and didn't’t want to come home so I knew it was for me," Lemkin said.

Students will see a lot of orange on campus when they return before any games start, and it's not just because of Vol pride.

Instead, the 'Big Orange' color on campus will be from construction.

The new Ken and Blaire Mossman building is open for research with interactive classrooms on Cumberland Avenue.

Right down the road, streetscaping continues on Volunteer Boulevard.

An Einstein Bros. Bagels restaurant is still under construction, but once completed will be a nice snack break for those studying in Hoskins Library.

Plus, parking will be easier with the new Lake Avenue garage adding 1000 parking spots.

This spring, students can look forward to a finished student union, and two new residence halls as well.

With the new class, returning students are also eager to begin the new semester.

“I'm super exited to ge back into the flow of things, get back into football season, go hiking, catch up with friends," sophomore Hugh Reeves said.