The Kingston plant coal ash spill in 2008 was one of the largest environmental disasters in U.S. history. 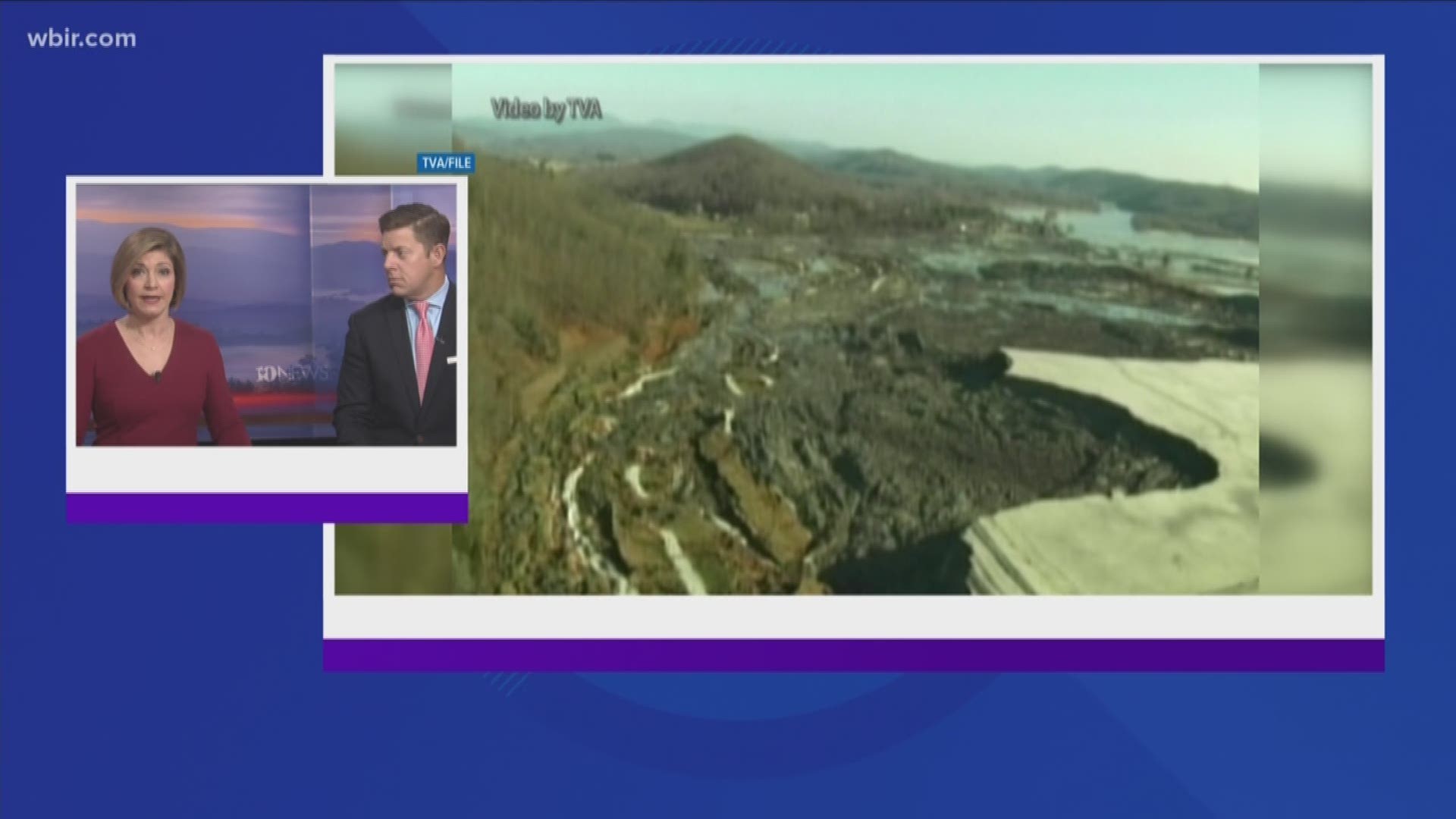 Knoxville — Almost 10 years after one of the largest environmental disasters in U.S. history, the first phase of a trial focused on how the Kingston coal ash spill cleanup was handled began Tuesday in a federal courthouse in Knoxville.

In December 2008, more than one billion gallons of wet ash burst from a storage pond at the TVA Kingston Fossil Plant. It spilled into homes, the countryside and the Clinch and Emory rivers.

TVA hired Jacobs Engineering Group Inc., to oversee the cleanup after the disaster.

But more than 70 former workers say the firm failed to adequately protect them, exposing workers on the site to dangerous conditions that ultimately affected their health. The fly ash was contaminated with toxins, a fact that the company knew or should have known, according to a lawsuit.

"They were told the ash won't harm you," Jeff Friedman, a lawyer for the workers, said in opening statements Tuesday. "[Jacobs Engineering] said you could eat a pound of it and it won't hurt you. You can put it on your cereal. It's nothing."

In his opening statement, he showed images of documents TVA, Jacobs Engineering and the EPA signed giving Jacobs responsibility for the site. Friedman said other documents, including an environmental report, show Jacobs Engineering knew there were levels of arsenic, lead and other chemicals in the ash.

Jacobs Engineering said the company closely monitored levels of toxic chemicals at the site. It says the levels were never high enough to cause injuries.

The lawyer for Jacobs Engineering said the site had levels of chemicals below the EPA's set level of permissible exposure.

"It was hard work, it was very hard work. But it was good work," the lead lawyer said of the cleanup effort. "This project is something all of us can be proud of."

He showed a map of air quality monitoring sites around the spill and said jurors would face a question of "whose proof do you believe?"

Cleanup of the disaster took five years and cost an estimated $1.2 billion after liquid coal ash poured from a failed holding cell at the plant into waterways and surrounding acreage.

Friedman, the lawyer for the workers, called the health problems workers face a "second disaster."

The jury picked Tuesday, four men and six women, will decide three crucial questions in phase one of the trial. First, whether Jacobs Engineering had a duty to protect its employees, second whether it breached that duty, and finally whether the chemicals at the site are capable of causing the diseases workers say they have.

The first phase of the trial is expected to last 15 days.

If the trial moves to its second phase, the workers will each have to show their illness is as a direct result of their work on the site.

That will be complicated, said Sidney Gilreath, a personal injury attorney who has worked on similar cases.

"The workers are claiming that they have been harmed," he said. "And they are sick, there’s no question about that. The question is did the working in the fly ash cause that harm."

Because many of the plaintiffs have different illnesses, he said it will be more difficult to show Jacobs Engineering is liable for their diseases.