While the pandemic has been tough on many musicians, it's helping one young mandolin player get his career off the ground. 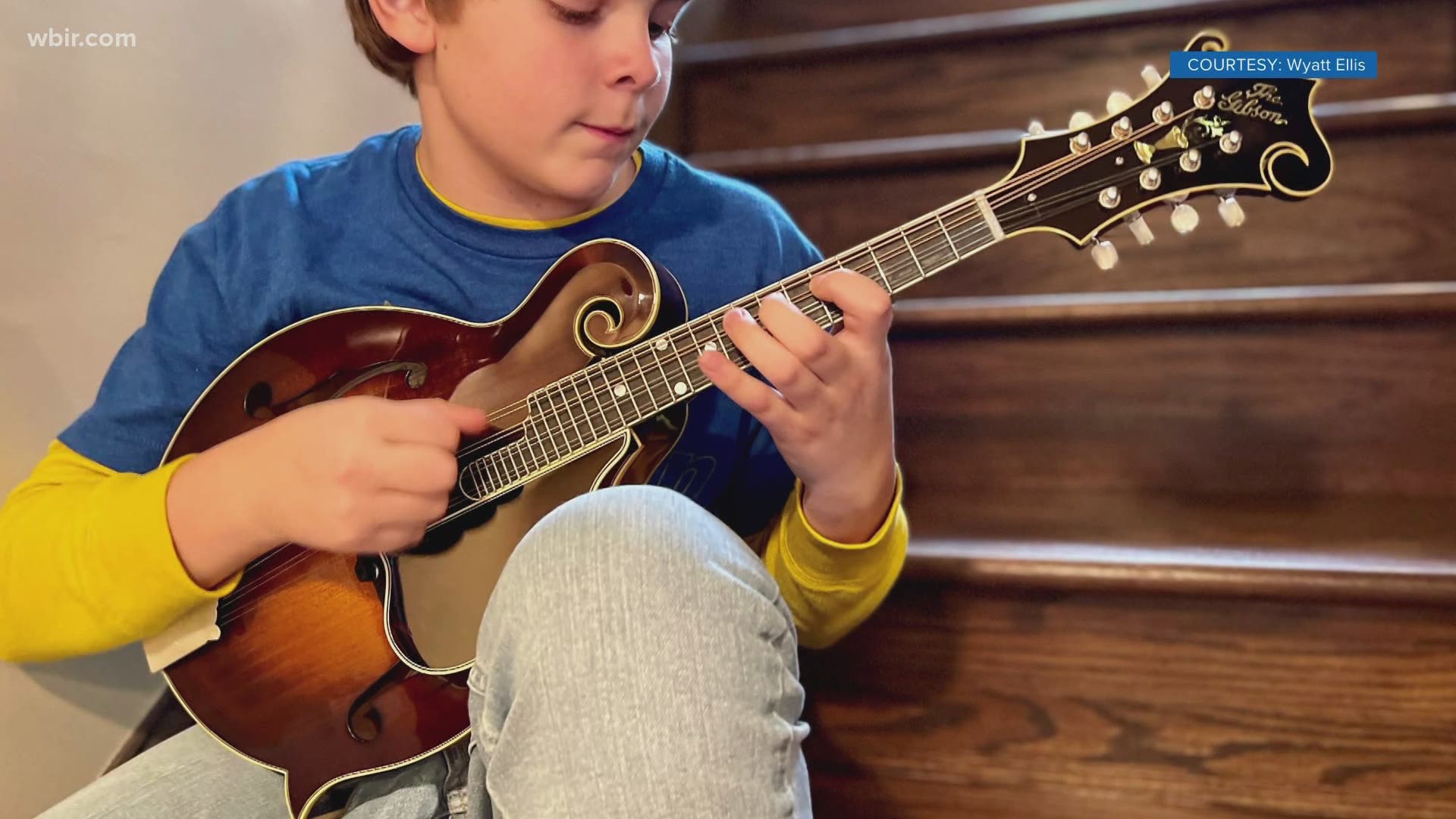 MARYVILLE, Tenn. — When Wyatt Ellis, 11, first picked up a mandolin at nine years old, his journey got off to a rocky start.

"I broke my arm twice," Ellis said. "The second time, I broke it playing basketball, and that was during my first six months of playing the mandolin."

Like many kids his age, Ellis was involved in several activities and sports, so when the pandemic led to cancellations, Ellis used his extra free time to hone his focus in on the mandolin.

"I had plenty of time to practice and stuff. I had multiple hours a day, and I just feel like I've gotten to connect with so many great artists and mentors during the pandemic," Ellis said.

One of those mentors is award-winning singer/songwriter Sierra Hull, who was around Wyatt's age when she first learned to play the mandolin.

"I got to thinking, ' It would be so cool if I could find a young person that would be really excited about playing mandolin, the way I was excited when I was a kid.'  I would have loved to have had an opportunity to study with somebody like that, and so I started asking around and got a few different people that mentioned Wyatt's name," Hull said.

The two are roughly halfway through an eight-month-long apprenticeship through the Tennessee Arts Commission, and they meet virtually for lessons; something Hull said she might not have had time for if it weren't for the pandemic.

"This is the first time since I've been a teenager that I've had this kind of time at home. It's allowed me to do a lot more recording. So, I'm currently in the process of working on a new record. I've been spending tons of time writing virtually with people, which has been fun. I think it allowed me to connect with some people that I might not otherwise feel like I can," Hull said.

While he still has a lot to learn, Wyatt's already following in his mentor's footsteps.

He was recently named a Gibson Mandolin Endorsing Artist, complete with the same instrument played by many of the musicians he looks up to.