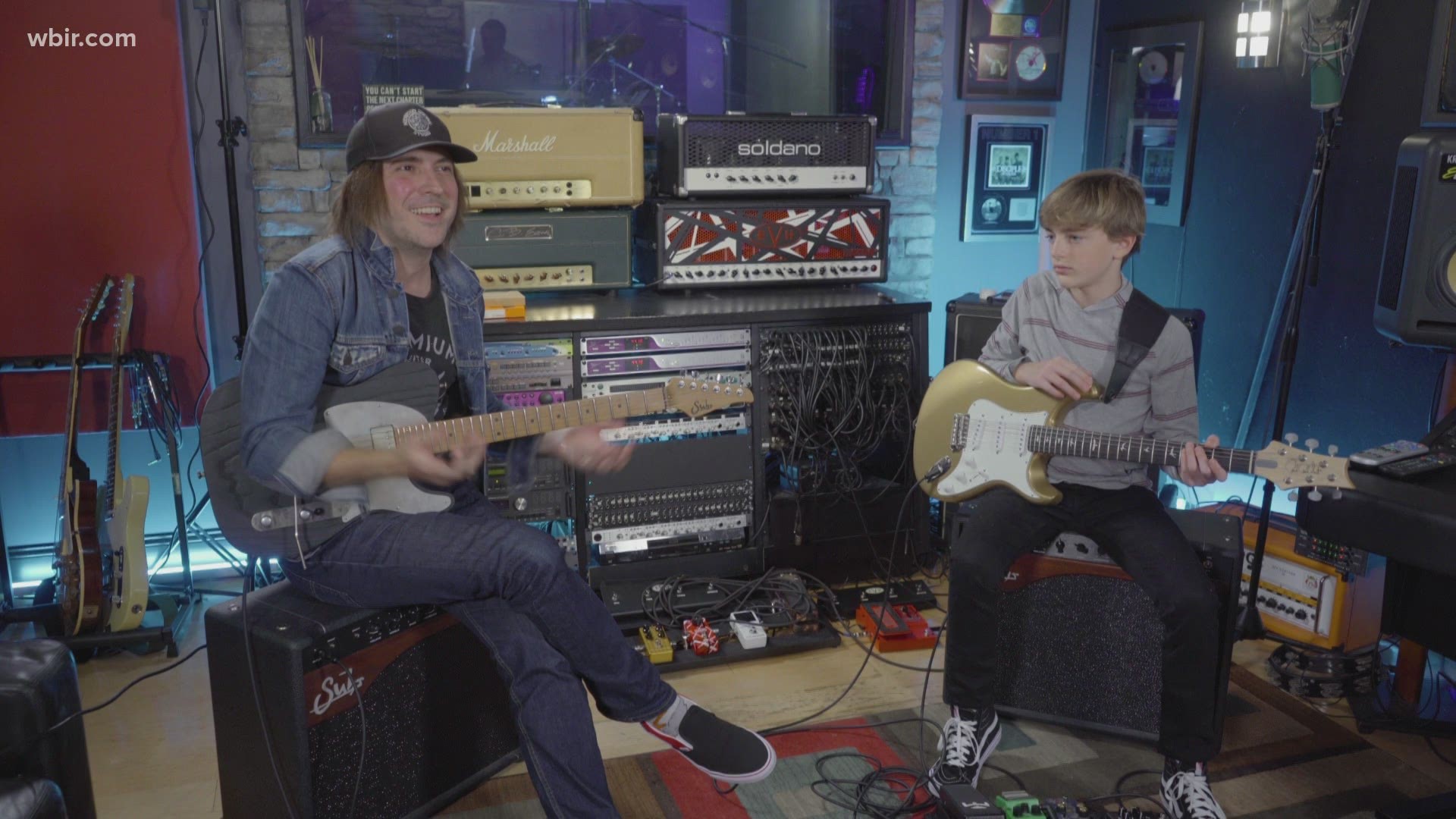 KNOXVILLE, Tenn — At 13-years-old, Hudson Macready has already played alongside blues legend Buddy Guy and hung out with Dave Matthews, but one of his favorite people to play with is his teacher and mentor, Andy Wood.

"I can always go to him for, you know, advice on music, advice on anything because he's just a good mentor, a good person to have in my life," Macready said.

Wood is a touring musician who's played alongside Rascal Flats and Sebastian Bach, but the pandemic means he's spending more time in Knoxville.

"2020 has been really weird. Typically, for the past seven years or so, I've been touring professionally. I've been on the road, and to have all of that stuff to come to a screeching halt has been, you know, life-changing," Wood said.

When wood met Macready backstage during a session he was performing in, he knew there was something special about the young guitarist.

"The one thing that struck me was just how interested he was, how much he loved it," Wood said.

When the two play together, it may look like fun, but Wood said there's a lot more to it.

While Macready hopes to make a career out of music one day, he says he's just taking it one day at a time. The 13-year-old recently released his first EP and said it's exciting to see it on Spotify.

RELATED: This 11-year-old guitarist has met Dave Matthews, Willie Nelson, and the list goes on