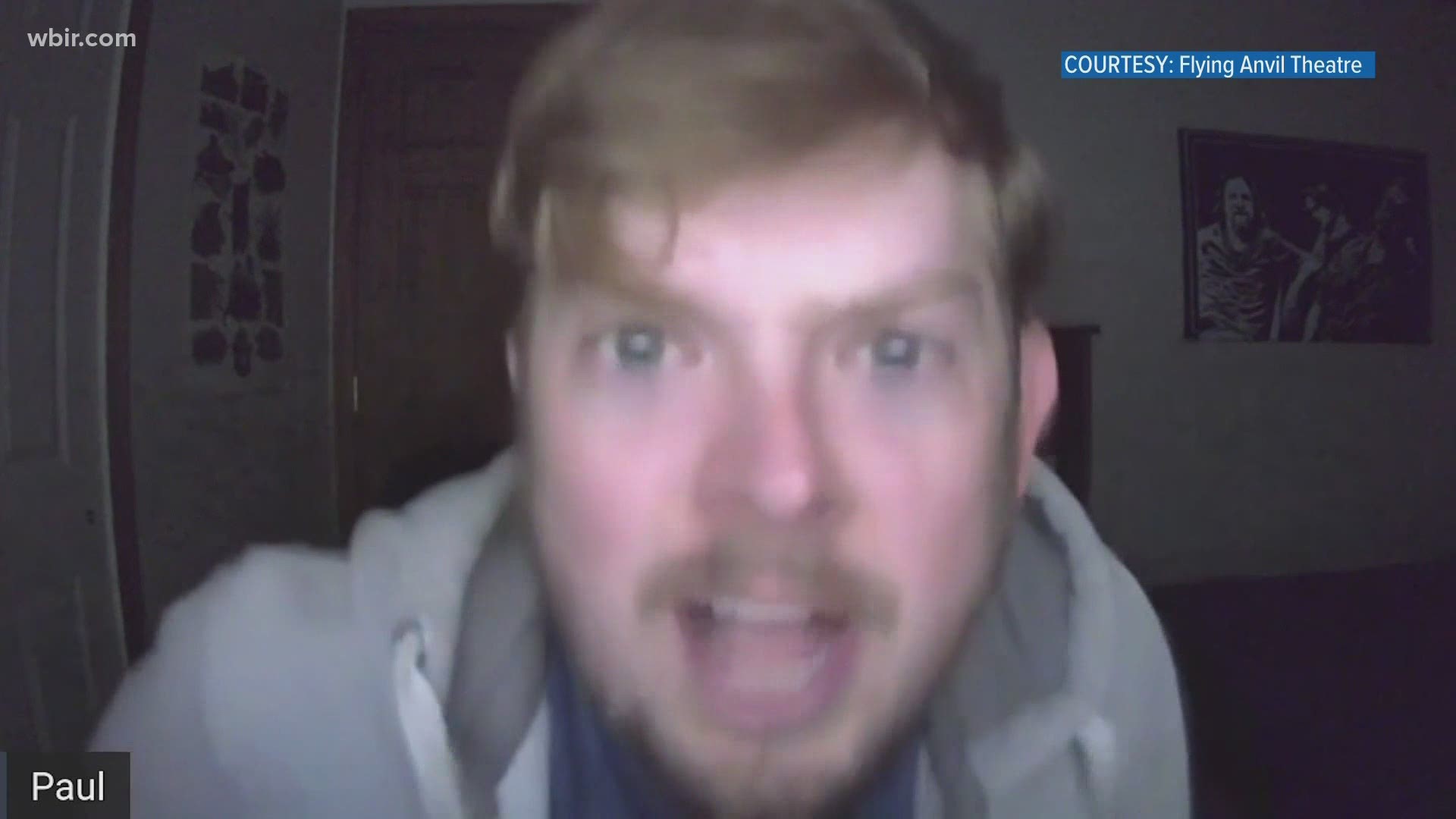 KNOXVILLE, Tenn. — Flying Anvil Theatre is continuing its socially distanced season with a new play called 'The Deadline,' written a few weeks ago for Halloween.

"I was looking at something that was a mix between 'The Blair Witch Project' and 'War of the Worlds,' said Jayne Morgan, who wrote the play.

'The Deadline' follows a group of employees at an advertising agency who are struggling to work from home during the pandemic when they find out a major project deadline is moved up.

"Weird things start happening. People disappear, and it gets scarier and scarier from there," Morgan said.

Since 'The Deadline' takes place on a 'Zoom call,' the actors were able to all work from home and use the unusual platform to their advantage.

"Like 'The Blair Witch Project,' we're picking up our computer and we're moving with it. People are hiding and running through their house," Morgan said.

It blurs the lines between film and theater, creating its own unique category of performing during a pandemic.

"It's a whole different thing to create fear and horror on stage than it is on film. We're doing a little bit of both. You won't see the terrible stuff, but the tension is built by sound effects and by what the actors are going through," Morgan said.

Streaming passes are available to watch the performances online. For the first time, Flying Anvil Theatre is hosting a small viewing event for Thursday's premiere at the Mill & Mine.

Morgan said guests will have to purchase a ticket in advance and will be seated with their group or 'pod' at tables spaced out around the venue.

RELATED: Flying Anvil Theatre brings 'The Book of Mawmaw' to the virtual stage