Stan Checketts travels all over the world visiting his heart-pumping creations, one of which is 'Mountain Monster' in Pigeon Forge 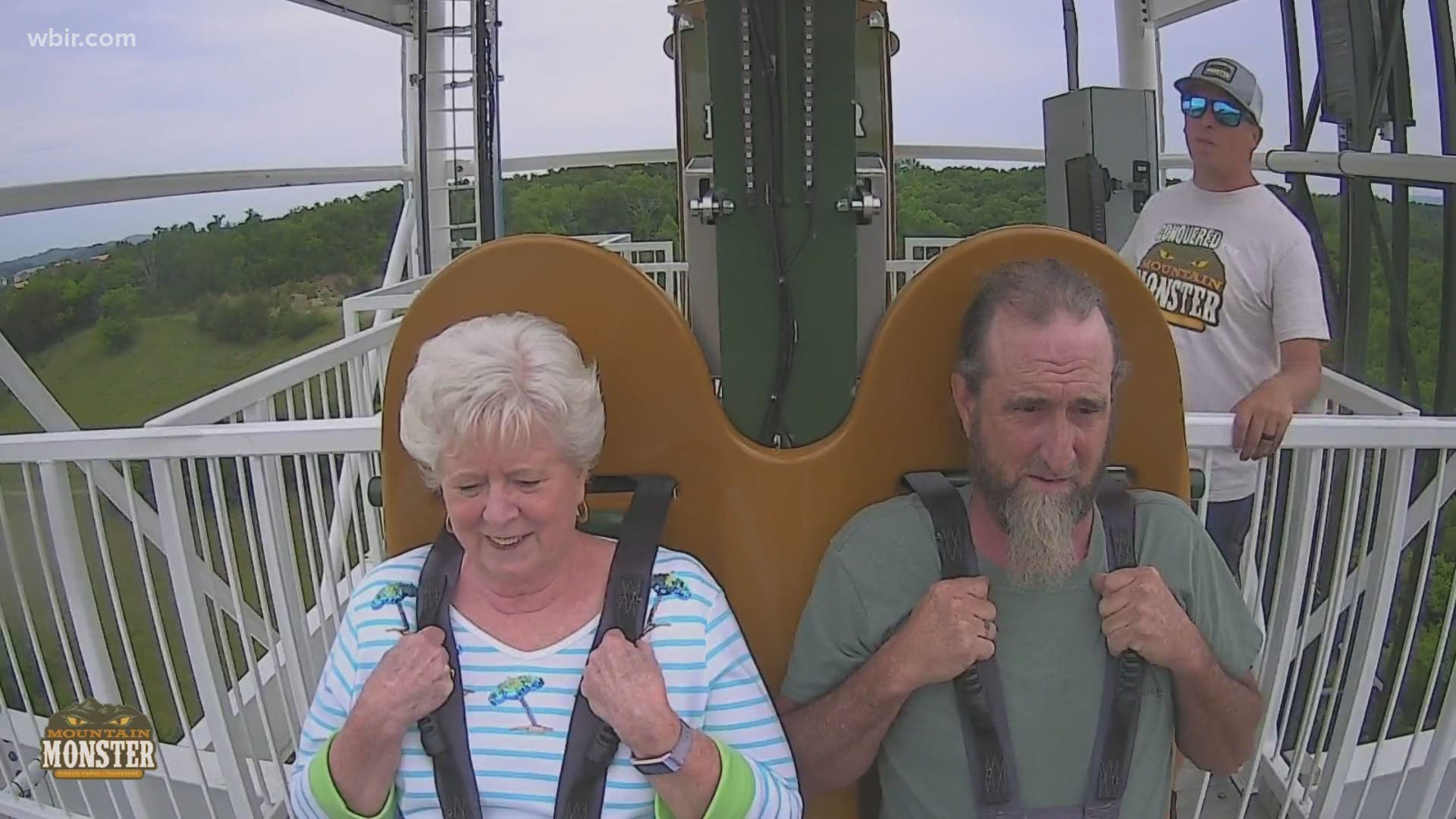 PIGEON FORGE, Tenn. — As soon as the Mountain Monster ride opens for the day at 'The Tower Shops' in Pigeon Forge, there are thrill-seekers in line.

"We came here to find some adrenaline. It's my 50th birthday," Jeremy Mabary said. He and his 71-year-old mother signed up for all three rides within the Mountain Monster tower.

As they catapulted high above the shopping center, a man named Stan Checketts watched from the ground, seeming to have just as much fun as they were.

"I love to go to my rides around the world and watch," Checketts, who designed the Mountain Monster and more than 100 rides worldwide, said.

Checketts said his career started with bungee towers, but he quickly began designing bigger and more creative heart-stopping attractions. With counters on most of his rides, he estimates that he's responsible for more than a billion screams worldwide.

While the 'drop' is the most eye-catching and certainly the most stomach-lurching part of a thrill ride, Checketts said he puts a lot of emphasis on the anticipation when he's designing.

"A lot of the thrills with rides is just the anticipation, building up to it. It's not the thing itself," Checketts said. He designed 'Monster Dive' with that in mind.

Participants ride to the top of a 200-foot tower. Once there, a platform retracts underneath them, and riders are slowly pushed forward before the cart finally releases and they're sent hurtling through the air with their hearts racing.

"There's nothing like it in the world," Checketts said.

The Mountain Monster is located in Pigeon Forge, Tenn.