The tree house adventure course is included with admission. 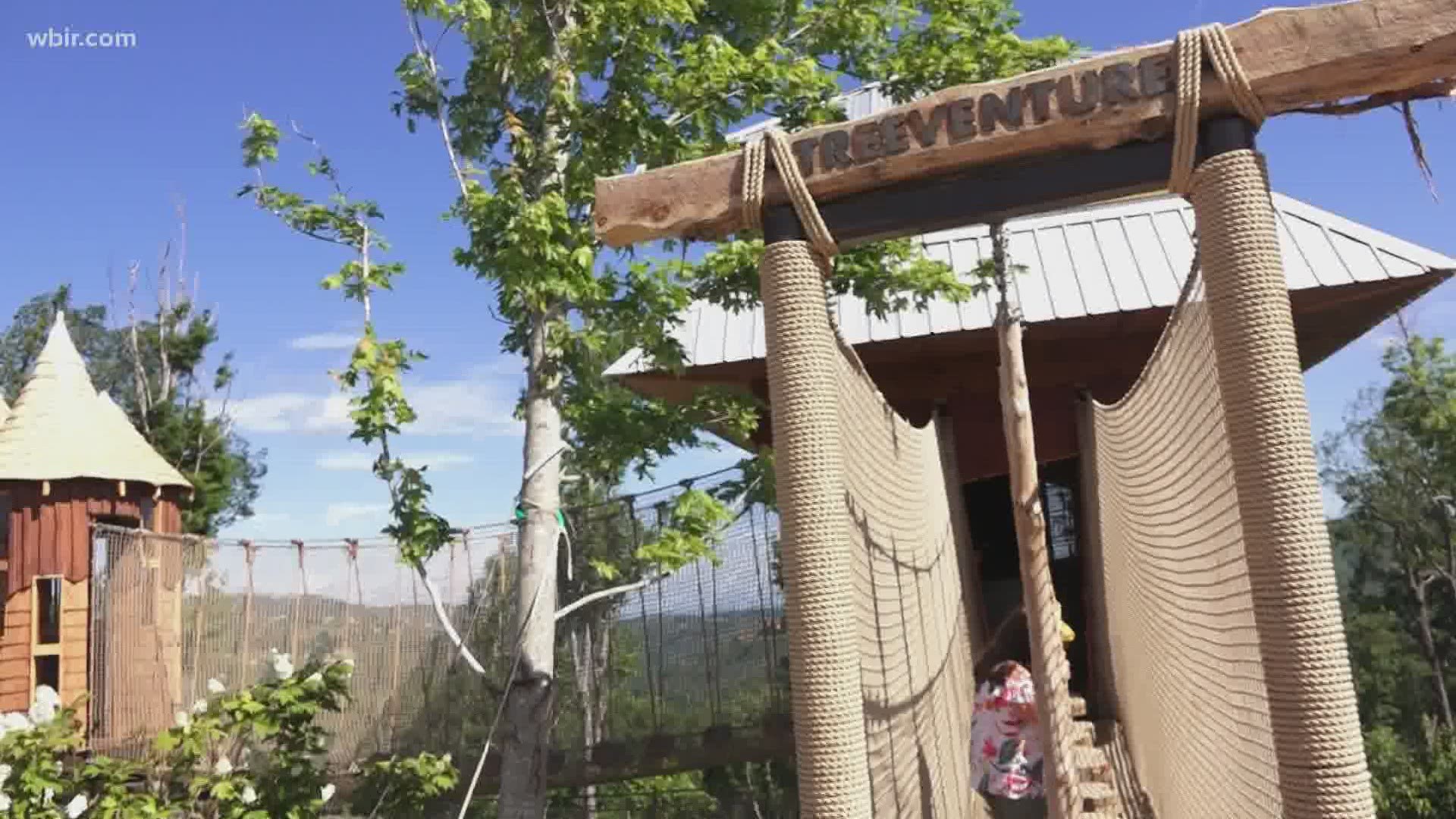 "These projects are always fun because there are no limits. So, whatever we kind of think up, usually the team at Anakeesta is always on board," said Nick Thompson, the owner of Climb Works.

Thompson's team at Climb Works spent the past several months designing and building the elaborate attraction that includes multiple treehouses with two and three levels each.

"It's like a ropes course, but we didn't want to do a harness activity. We want kids to be able to jump in and just enjoy it right away. That's why we have the nets to allow for the safety aspect, but they can just really go and have a free-for-all," Thompson said.

His kids were among the first to test it out Tuesday morning before the park opened to the public.

TreeVenture is the first phase in what will be the park's largest expansion project since it opened.

RELATED: Behind the scenes of construction on Anakeesta's new treehouse adventure course

Construction is almost complete on a new observation tower that's scheduled to open in July as the highest point in downtown Gatlinburg.

"We're going to light it up at night. There's going to be a pretty spectacular light show on top of the tower. And eventually, we're going to do what we did with Treehouse Adventures. We hope to add some play elements inside of the tower to make it more interactive," said owner Bob Bentz.

The expansion project also includes a new restaurant/brewery and a water attraction.