Arrrr you ready? Get a 1st look inside Dolly Parton's new Pirates Voyage, opening in May

Pirates, ships, mermaids and more! Get ready for a swashbuckling adventure in Pigeon Forge! 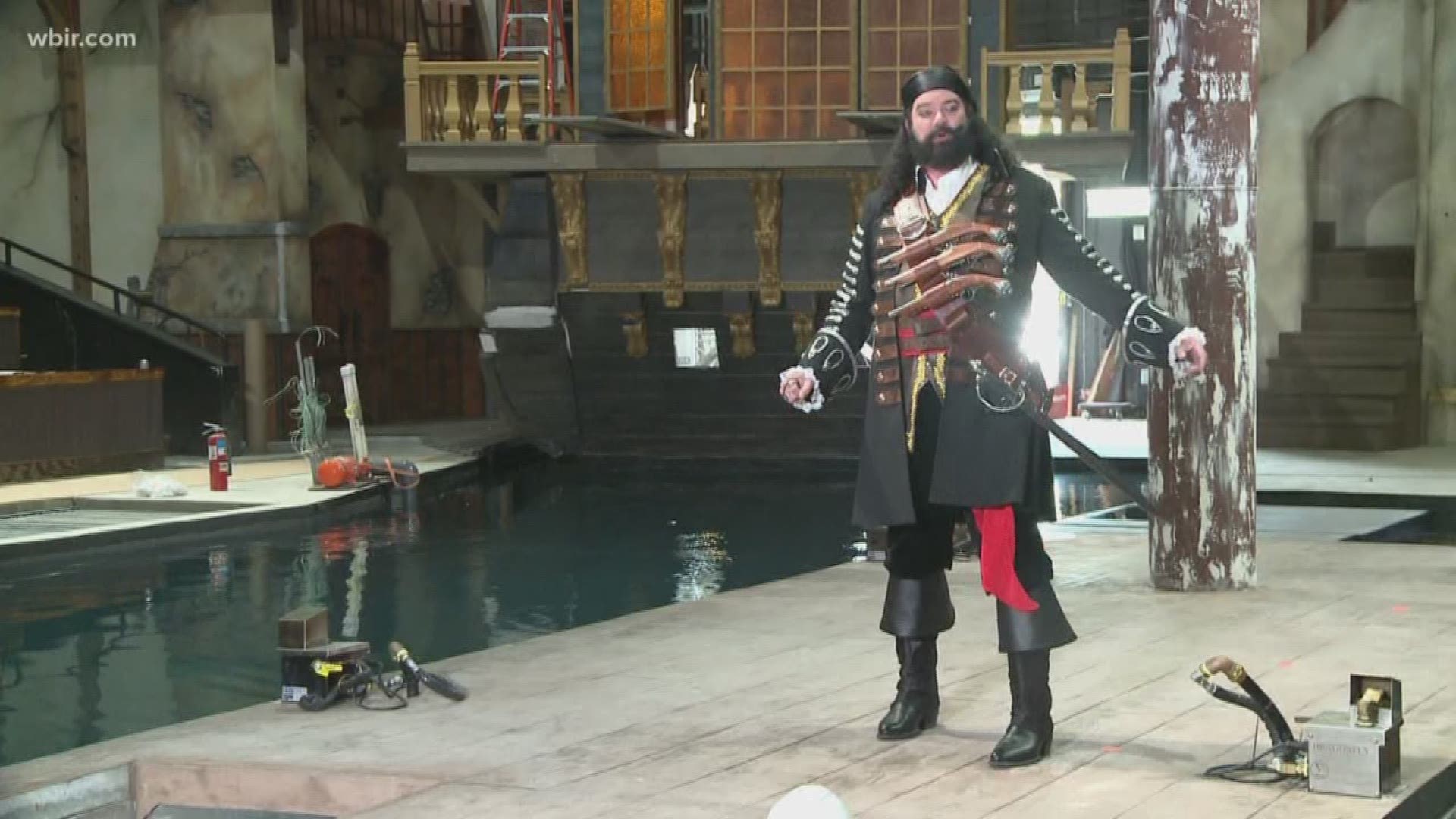 The drama will feature two teams of pirates, Crimson and Sapphire, each with their own painted pirate vessel that stand 28 feet high. Described as ships "fit for holding plenty of pirates' loot," the sets took eight weeks of construction to complete and arrived in Pigeon Forge last week to be installed.

The 15-foot-deep lagoon is filled with 300,000 gallons of water, providing the perfect atmosphere for the beautiful mermaids and rascally sea lions set to be in the show.

Crews are still working on the sets, but it's really started to take shape and looks like the perfect place for a swashbuckling adventure!

With the pirate king Captain Edward Teach, also known as Blackbeard; his first mate Calico Jack and the Crimson and Sapphire pirate captains at the helm, the show is sure to take guests right into the middle of the high seas.

"What you can expect when you see the show is a lot of action and a lot of adventure. We have the animals that will be present, and we have the sapphire and the crimson pirates that will engage in a pirate competition that involves acrobatics and some of the audience as they look for a buried treasure that's hidden here in the bay," Blackbeard said.

The audience has the opportunity to be seated very close to the action, making them a part of the crew. If nothing else, they will be close enough to feel the heat of the pyrotechnic displays throughout the show. 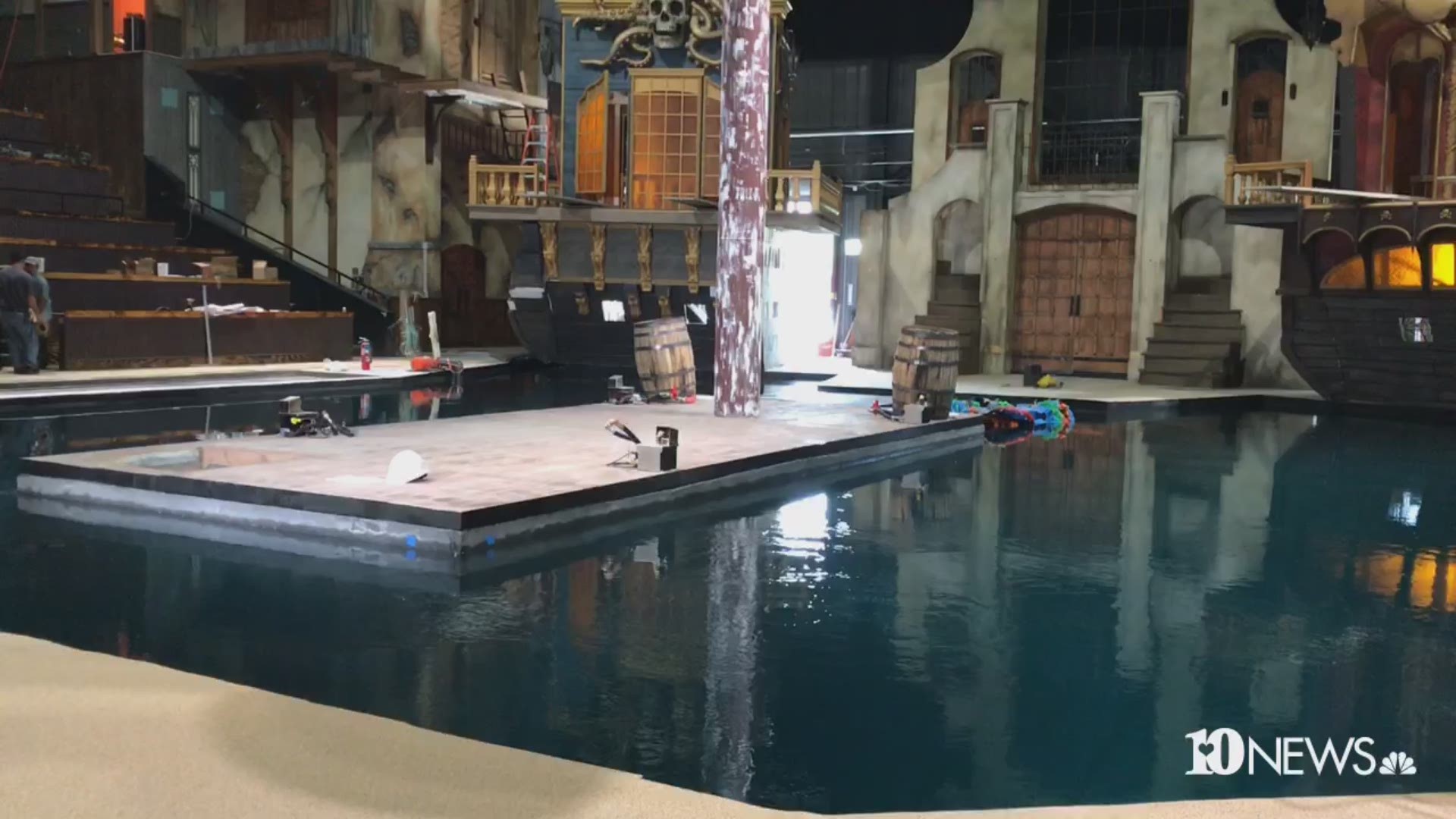 The Pirates Voyage storyline is new to Pigeon Forge, but it has been a big hit in Myrtle Beach for nearly a decade.

"When we opened Pirates Voyage in Myrtle Beach in 2011, it had been a very successful Stampede theatre for a little over a decade. It set an attendance record in its first year, and we're very excited about bringing the show here and hopefully, we might set a record here as well," Pirates Voyage vice president of marketing Pete Owens said.

Owens also said Dolly has been involved with the show idea since 2010 and will be there in June to officially open it.

"She wrote music for the show, she helped pick out the original costumes for the show. She's worked through many of the changes we've made," Owens said.

This newest Pigeon Forge attraction will have a soft open with performances starting on May 24, so if you want to see the show this summer, start making reservations now.