Back to school at Clinton Elementary — one month later

"Not being able to run up and hug friends and teachers," sixth-grade student Abby Phillips wrote in a letter to future students about her experience. 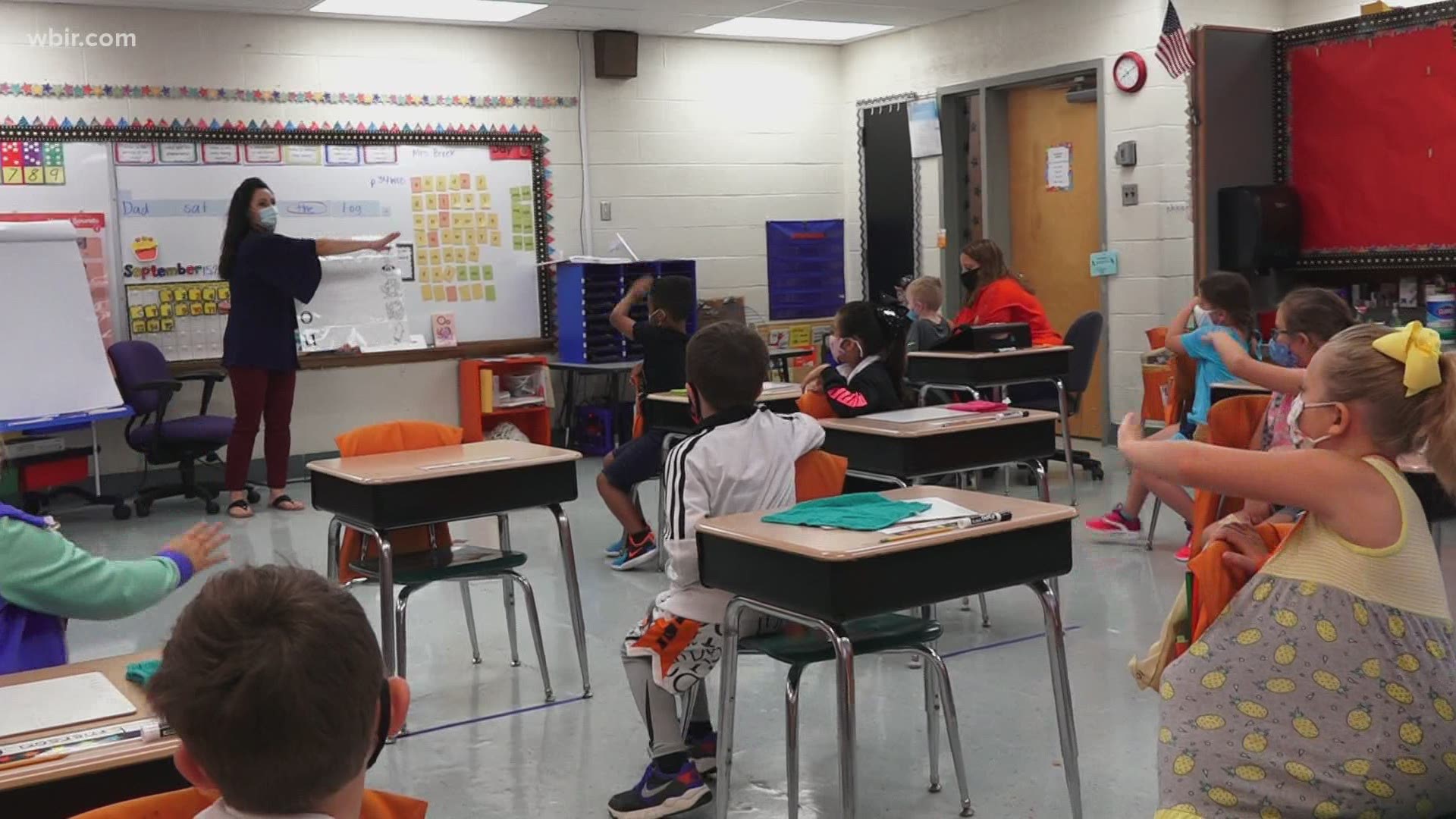 CLINTON, Tenn. — One month into the school year and daily temperature checks, face masks and sanitizer stations are routine. However, in-classroom learning is something that's not taken for granted.

"I always thought I wanted to be homeschooled, but I found out I do not," Lofton Jones, a first-grade student, said about the spring semester at home. Jones and many of his classmates say they're excited to be back in the classroom again.

Their teacher, Stephanie Brock, said many of the pre-school year nerves she had have melted away and she's encouraged by how the school system is adapting to the pandemic.

“So far, so good and we feel like we've done our due diligence in the procedures we've put in place," Brock said.

"They understand what's going on more than some of the younger students. Many of them have said if they see kids getting too close to one another, they'll say, 'Listen, we've got to stay apart.' They're really thankful to be back in school and they don't want things to be shut down," Murphy said.

As to be expected though, when living in the midst of a pandemic, feelings are often complicated.

"Not being able to run up and hug friends and teachers," sixth-grade student Abby Phillips wrote in a letter to future students about her experience. "It might seem scary, but it's going to get better each day."

Clinton Elementary School has seen zero reported cases of COVID-19 since the beginning of the year, and there's only been one case district-wide.

Murphy said that the school was recently contacted by the U.S. Department of Education after a visit by the Tenn. Education Director to share their reopening plan with other districts in the country.