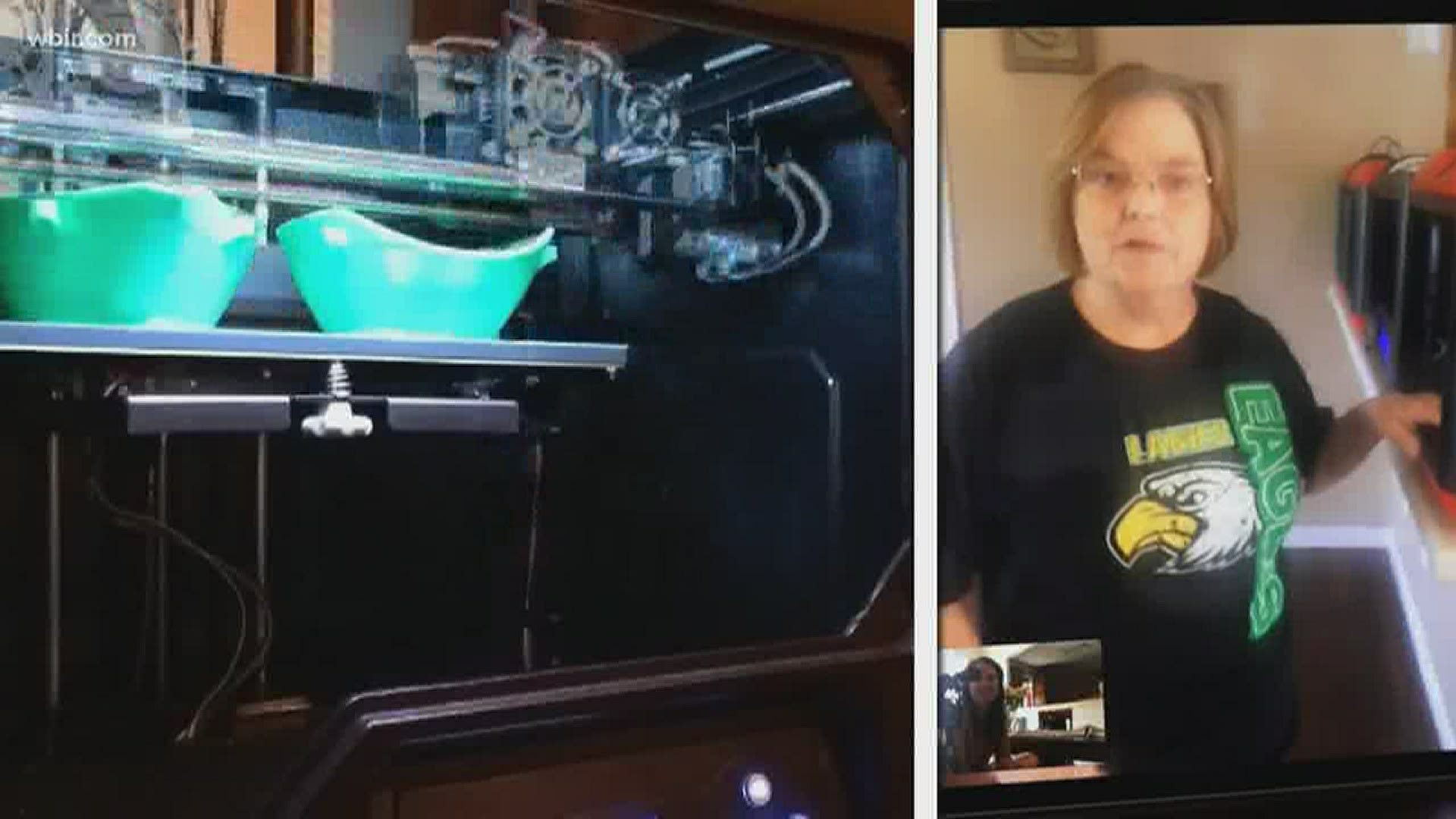 BLOUNT COUNTY, Tenn. — At Renee Powell's house, there a steady hum coming from her kitchen.

"Every four hours, one gets done. It beeps to tell me, it's done, so I get another one going. I even do that through the night because I want to keep this going. They're loud enough that they wake me up, so it's like having a newborn baby," Powell said.

She won last year's ORAU Extreme Classroom Makeover and bought the printers for her STEM Lab at Lanier Elementary School.

"I feel like I've been blessed with the money I won last year, the technology we have and the resources we've been granted through the ORAU Extreme Classroom Makeover. We've had so much given to us that we want to give back," Powell said.

With schools closed, she brought the printers home so they could serve a purpose during the pandemic instead of sitting silently in the classroom.

She's made nearly 100 N95 masks and counting. More than 70 healthcare workers have already stopped by her house to pick one up.

"I'm getting requests once, twice, three times a day asking me for medical masks," Powell said, adding that she recently started printing face shield extenders after receiving several requests for those as well.

"I never could have imagined doing a project like this with these 3D printers, especially in my home," Powell said.

While it may not be the original purpose for the printers, its certainly making an impact.