Central Cinema gets a new look for its reopening 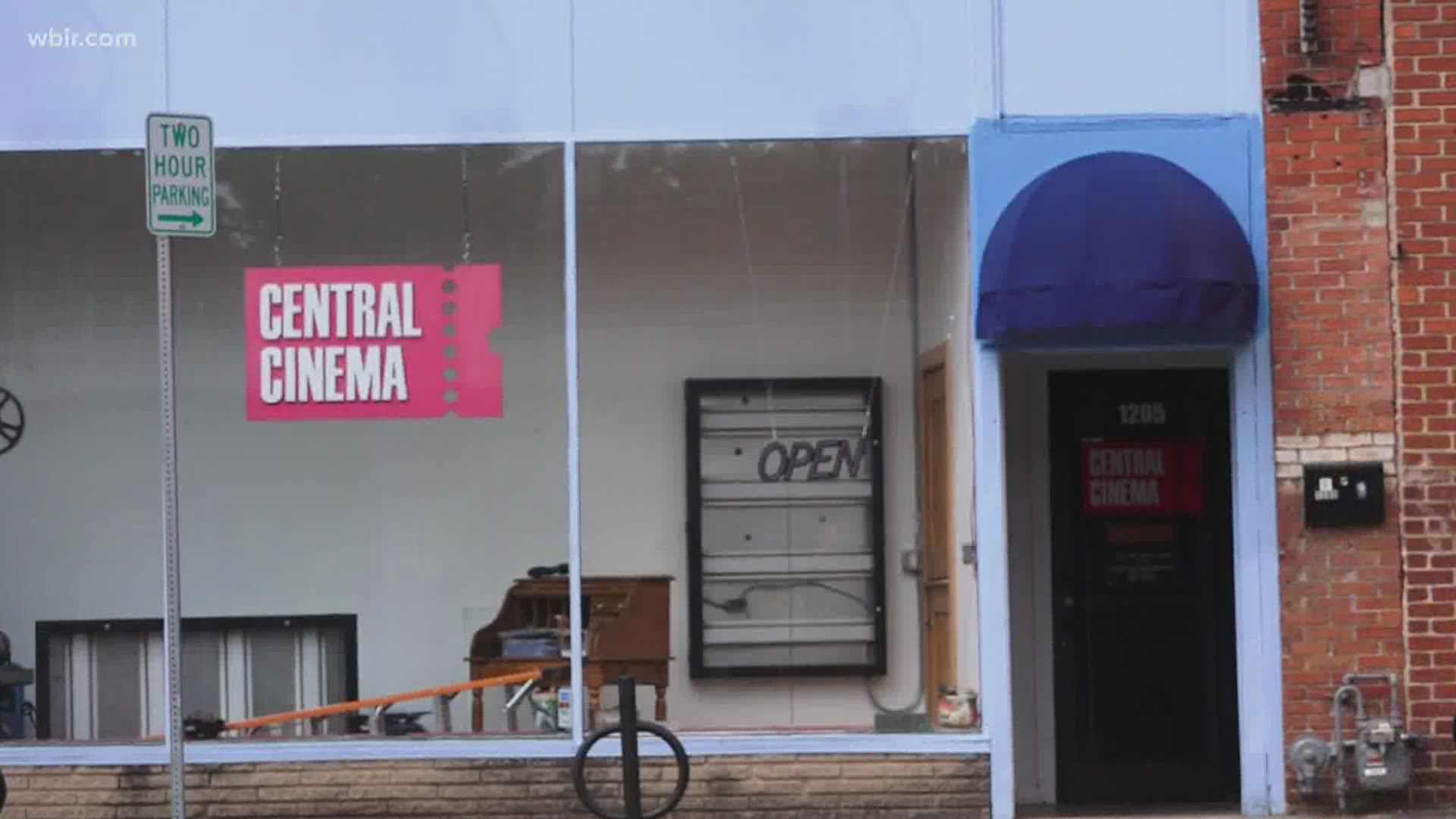 "It's really exciting. We've been looking forward to it, and we're trying to put safety measures in place to make people feel safe to come out," William Mahaffey, Programming Director, said.

In addition to expected safety changes like limited capacity, social distancing, and a face mask requirement, movie-goers will notice another big change.

"We were able to win some auctions for new seats, so we have new seats that have cushions and drink holders, which seems like every movie theater should have, but our previous seats were like 30 years old, and they were donated, so we made do with them, but we're really excited to have an upgrade," Mahaffey said.

The upgrade gives new life to the seats that were previously used inside the movie theater at Knoxville Center Mall. Like many items from the shopping center, they were sold at auction.

"We've got some lightbox poster frames that we're putting up outside here which are going to be cool," Mahaffey said about another one of their auction purchases.

By no coincidence, the first showing slated for Thursday's reopening is Indiana Jones; the same movie shown when the theater first opened in 2018.

"We never got around to showing the other two of the trilogy. I know there's a fourth one, but I don't count that one...We felt like, 'why don't we just go for all three?'  We thought that was a good way to reopen," Mahaffey said.

Mahaffey said the team at Central Cinema is working on another project; a drive-in theater in the parking lot behind the building. While they had hoped to get the outdoor experience up and running this spring, Mahaffey said they want to do it right and realistically are aiming for the end of summer to show their first outdoor movie.

Central Cinema
We're looking forward to having people back in the theater watching ... movies this weekend! Your safety is our highest priority, and here are some of the measures we're taking to ensure everyone's well-being.