Chef Papa Diouf brings the taste of his home in West Africa to the students at the University of Tennessee. 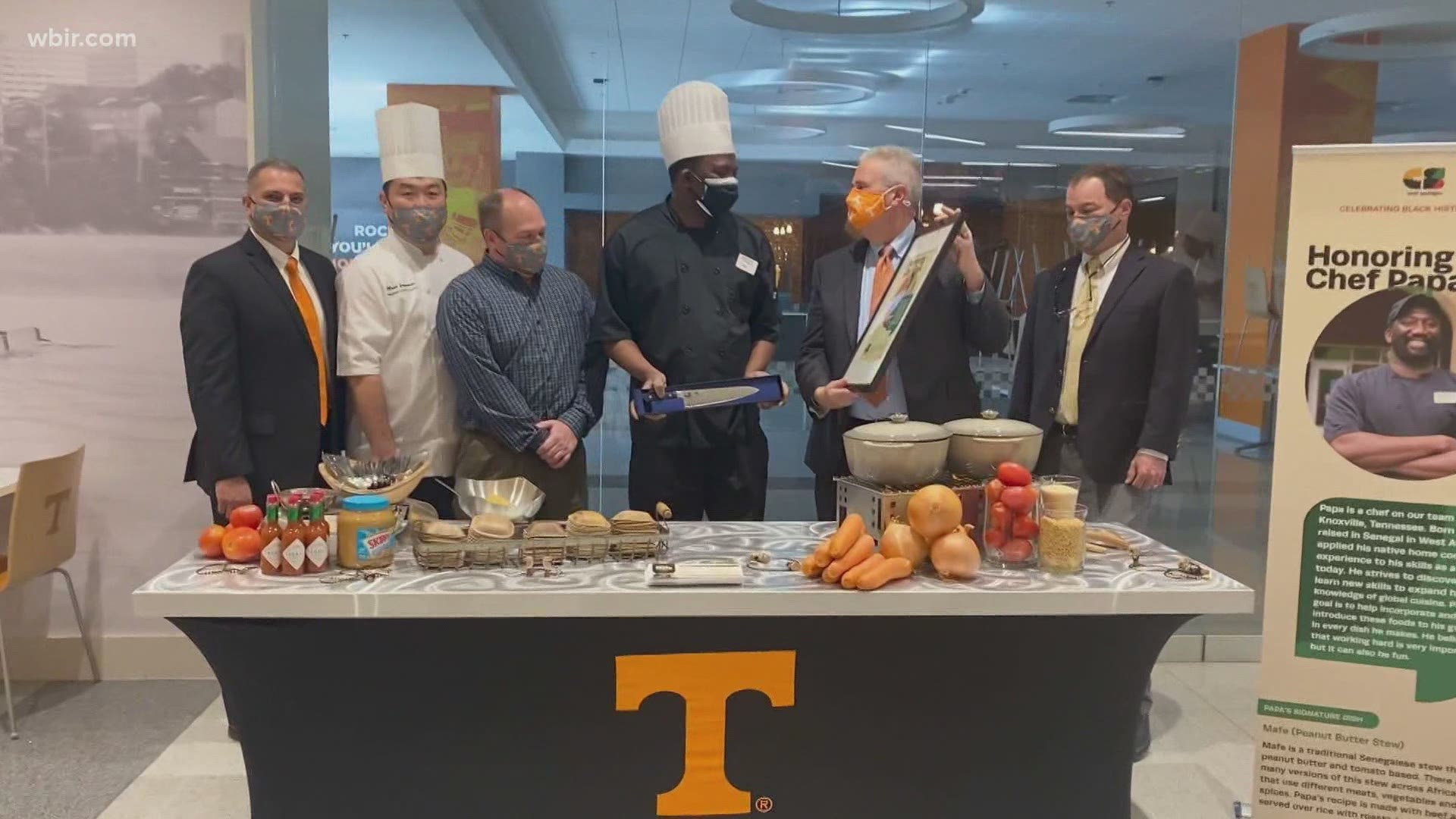 At the University of Tennessee, Chef Papa Diouf is a staple in the cafeteria.

"I like being in contact with the students because they usually give you feed back. They'll say when you make things that they want you to make more of," Diouf said.

Before moving to Knoxville, Diouf was born and raised in Senegal in West Africa. He began cooking about two decades ago because he missed many of the traditional dishes from back home. One of his favorites is called Mafe; a beef stew that incorporates rice, vegetables and peanut butter.

"The smell is just wonderful. You can smell it from a mile away, so automatically you want to come in and try it," Diouf said.

Diouf's 'Mafe' was in the spotlight recently after he was one of three Aramark chefs recognized nationwide for honoring Black heritage and culture through cooking.

"When you eat it, it elevates you to another dimension," Diouf said about the dish.

He said he enjoys bringing new foods to the students at UT as well as cooking some southern favorites like biscuits and gravy.

"I know people here like a lot of butter. That's not what I'm used to back home," Diouf laughed.

Diouf said he's been with the university for 10 years and attended school there as well.