In Gatlinburg this weekend, there will be a little extra shine and sparkle. The AmeriFest pageant system is hosting a statewide "Tennessee Star" category. 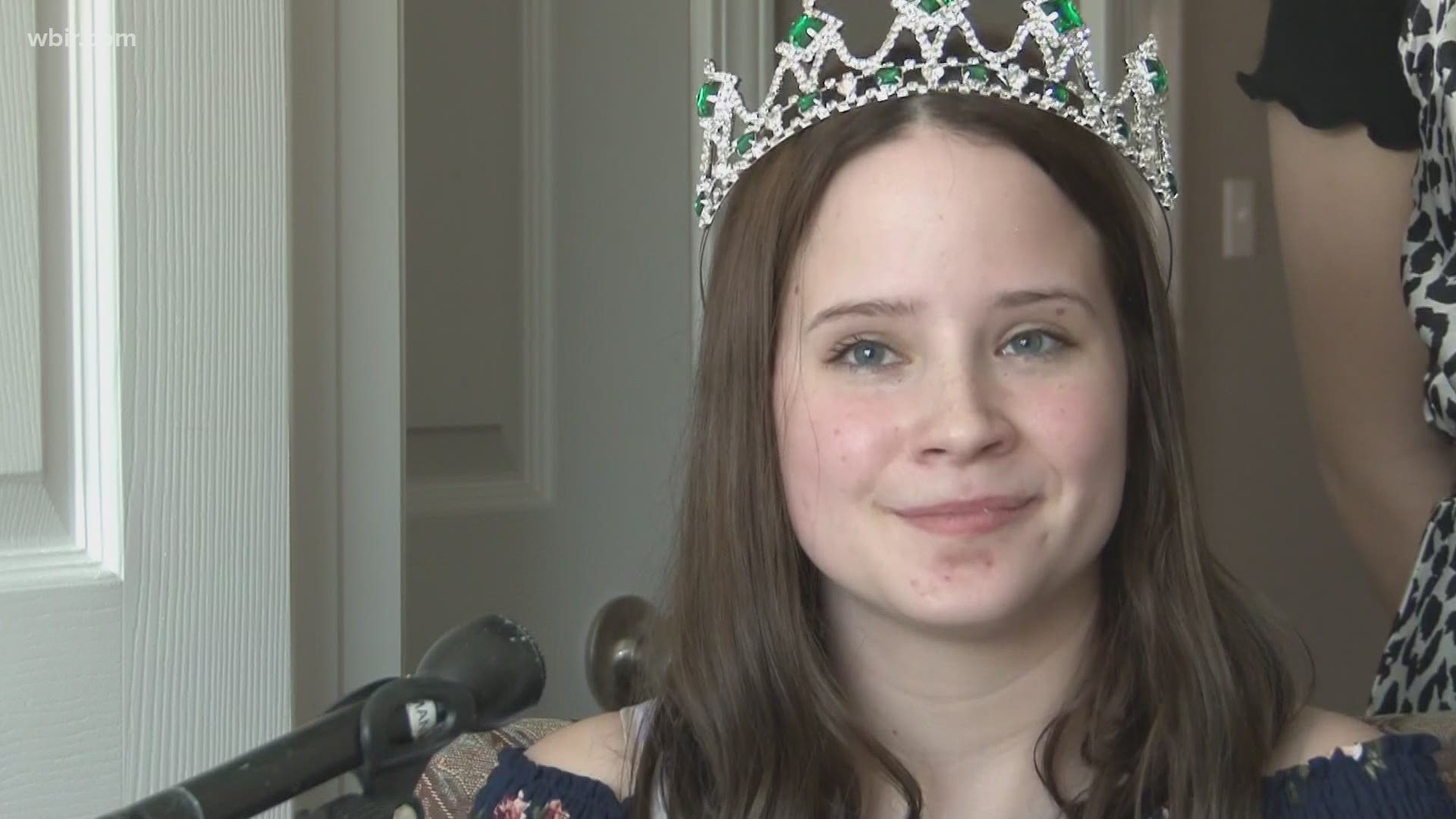 GATLINBURG, Tenn. — Get ready for crowns, sparkles and sashes in Gatlinburg this weekend. Queens from East Tennessee will compete in their first-ever Tennessee special needs pageant.

The pageant is through the AmeriFest system, which is a faith-based pageant association across the nation. For the first time, the organization is opening up a category called "Tennessee Star" for qualifying queens with special needs to compete.

It's a milestone that local special needs pageant directors are glad is finally taking shape.

Rhoni Standefer, Leslie Miller and Jordan Bowling from the Miss Shining Star pageant are getting their qualifying contestants ready for the big weekend by practicing talents, walks and confidence.

“I think that, really, the biggest goal in all of this is to make sure these girls feel like they're 110 percent themselves," Bowling said during practice.

Some of the reigning queens competing at the state level are nervous but are also excited for the big stage, including Miss Tennessee Festival’s Princess Makayla Irwin.

"It just makes you feel very confident at the same time, and it's just really nice to hear all the people cheering you on and you're able to just show yourself off," Irwin said.

In that time, it has given contestants a chance to realize how beautiful they really are.

Bowling, an assistant director with the Miss Shining Star pageant in Knoxville, is also a member of the current Miss Tennessee class as Miss Apple Festival. She started helping out with Miss Shining Star a few years back, doing makeup and hair for the girls going on stage.

She admits that watching the girls' confidence grow is her biggest reward of the pageant. And the fact that they are able to advance on to a bigger stage, with nationals on the horizon, makes her heart smile.

"It's amazing that it has turned into something that's now a statewide event and people are taking notice," Bowling said. "People are seeing these girls and noticing that they deserve to be included and to be considered and they deserve the opportunity to get on stage and feel confident."

This chance to step into the spotlight on an even bigger stage is a dream come true, not only for the girls competing but also for their families and supporters too.

Now, that work gets to continue and the girls can continue competing. It makes Chloe Davenport, Miss Shining Star's Junior Teen, feel like she's already won.

"Special Needs girls, we may not look normal to you, but the thing is, just know we're still human. We are all human, no matter what," Davenport said.

Everyone's favorite part of the pageant is a little different, but the feeling of anticipation is the same.

The bright lights, sparkles and crowns are building confidence in everyone who steps on stage.

"I can be anything and no one can tell me what I can and can't do," Davenport said.

They're showing that even with practice, these real-life princesses are already perfect.