A lot of work went into ensuring the production is safe and entertaining. 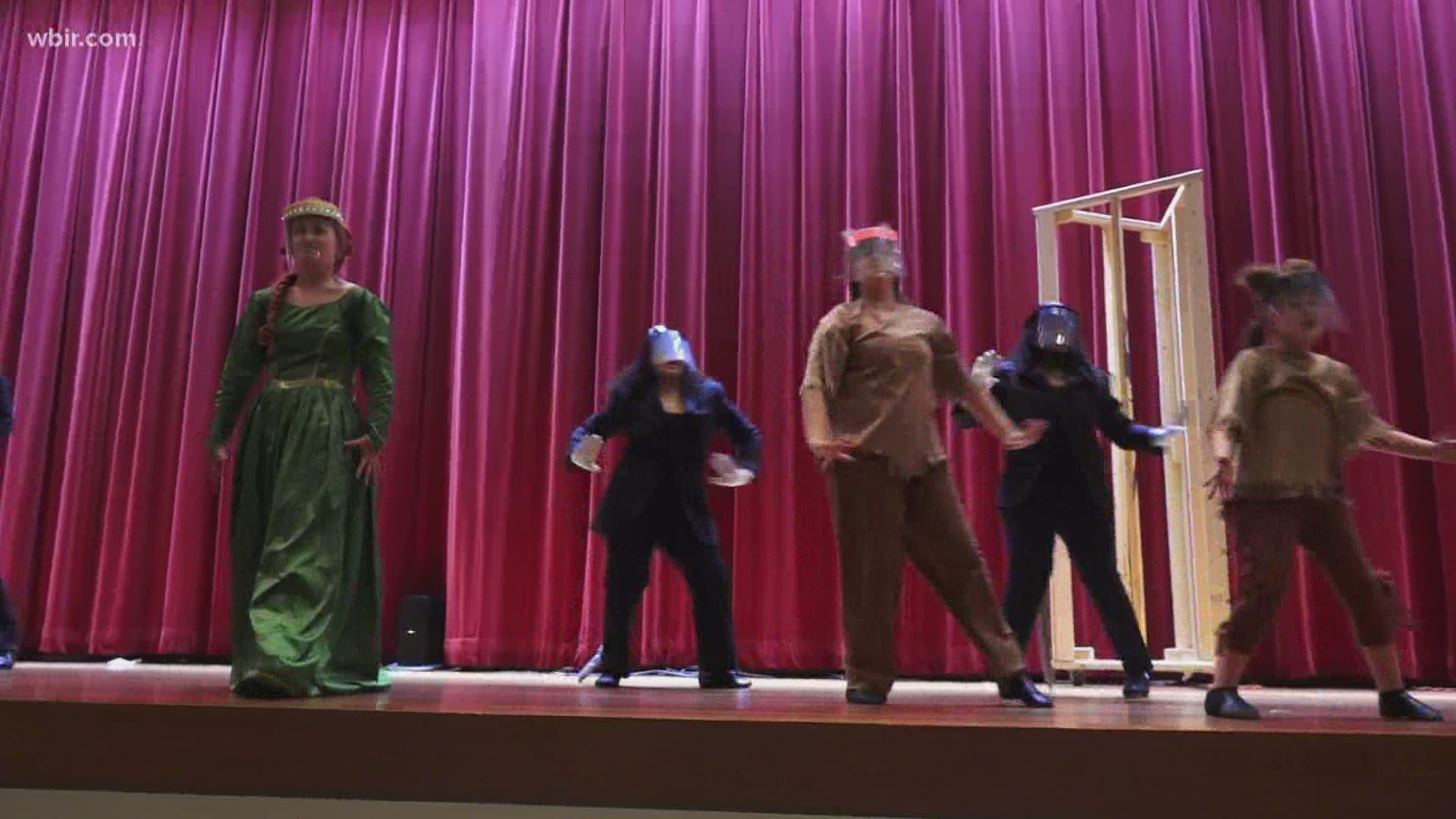 KNOXVILLE, Tenn. — The Knoxville Children’s Theatre's production of Shrek Jr. The Musical is scheduled to open on Friday, July 17.

The crew spent the week preparing and rehearsing for opening night in a new venue: the Knoxville Convention Center.

Student Director Jacob Sousley said the venue change allows them to space the actors out on stage and gives them the space for more people in the audience.

“The actors are 15 feet from the audience anytime they’re singing. If they’re not singing, they’re at least six feet away, keeling that safe, social distance. They also have face shields on, so there are not droplets or anything,” Sousley explained.

Directing a play in the midst of a pandemic has come with its challenges. Sousley said they decided to order face shields for all of the actors and incorporated them into the costume designs.

For Sousley, the play brings his school theater career full circle. Sousley said the first musical he ever performed in was Shrek Jr. at the Knoxville Children’s Theatre, where he played Donkey.

“Pursuing musical theater as a passion really started with that first show and the director that I worked with. All of that just continued to grow for me, so this is a full-circle moment, and it feels really good to be able to do the show,” Sousley said. He plans to attend Columbia College in Chicago in the fall.