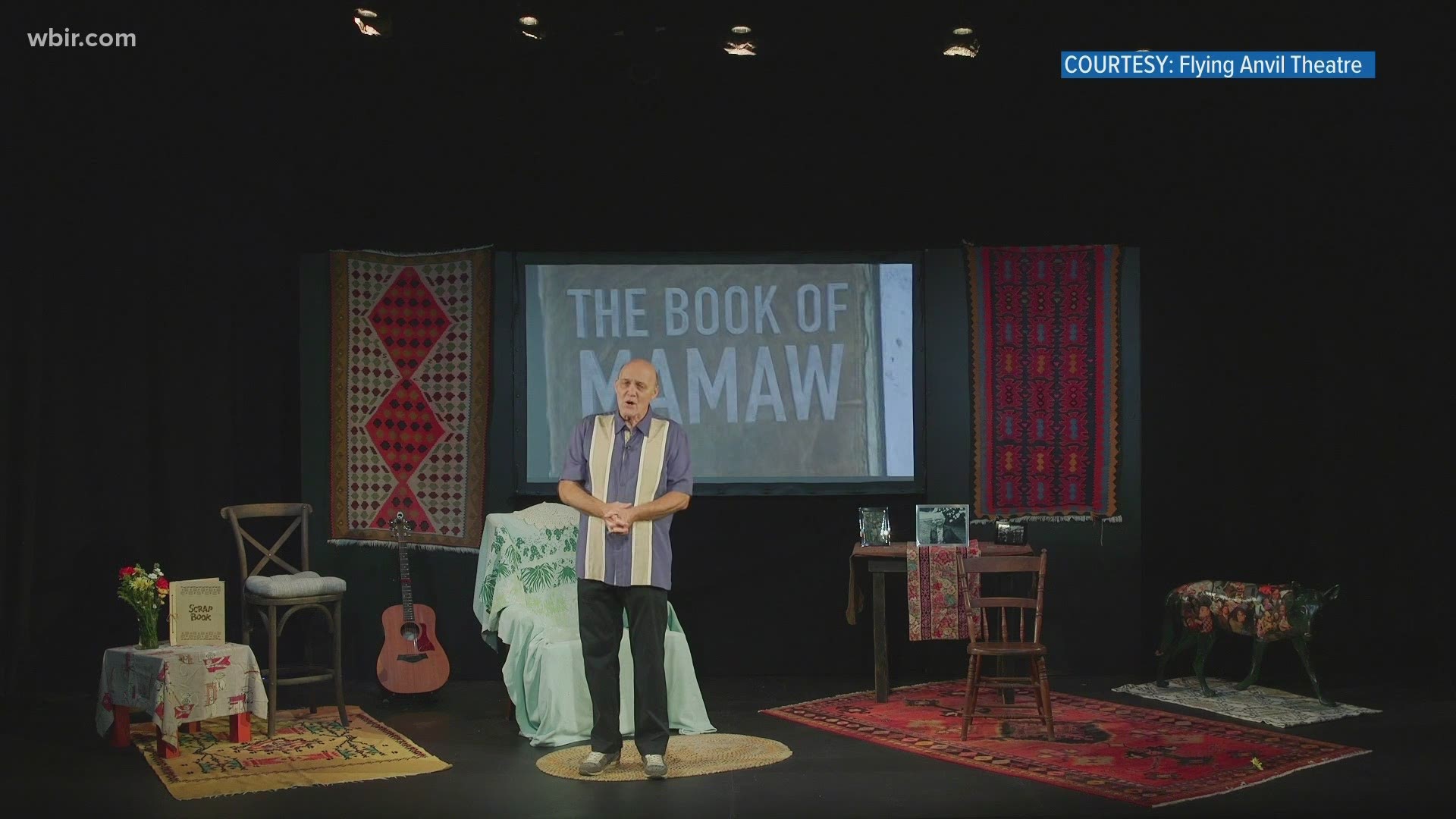 The one-man-show chronicles Wolf's life growing up with his devout Church of Christ grandmother who recognized his love of performing when he was just two-years-old.

“Mamaw was funny in spite of herself. She’d take me along when she went to sell Avon and make me get up and sing Loretta Lynn songs. I was an eight-year-old singing about my lying, cheating, drinking husband. But I didn’t care. Mamaw sanctioned it, so it was all right," Wolf said.

Wolf made his TV debut on The Cas Walker Show and appeared on albums with Dolly Parton, Alison Krauss and Jerry Douglas as part of country music duo The Brother Boys.

Wolf said it's his MawMaw who helped him get his start, and he turned many of the stories he told of his childhood into a musical production.

Chris Freeman, General Manager at Flying Anvil Theatre, said the play was the perfect opportunity to try something new. “Since March we’ve been wanting to produce a show on stage again. The Book of Mamaw gives us that chance- it’s intimate enough to feel right in your living room, safe for actors and crew, and we still get to sprinkle in some of that theatre magic we know and love.”

The performance was recorded during a multi-camera shoot.

You can purchase streaming passes to see the performance every Thursday, Friday, and Saturday night at 7:30 p.m. through Oct. 5. There's also a 2 p.m. Sunday matinee option.