'Flying' with Tennessee basketball, sort of...

The UT men's basketball team started the "One fly, we all fly" tradition, and now fans are trying it out for themselves! 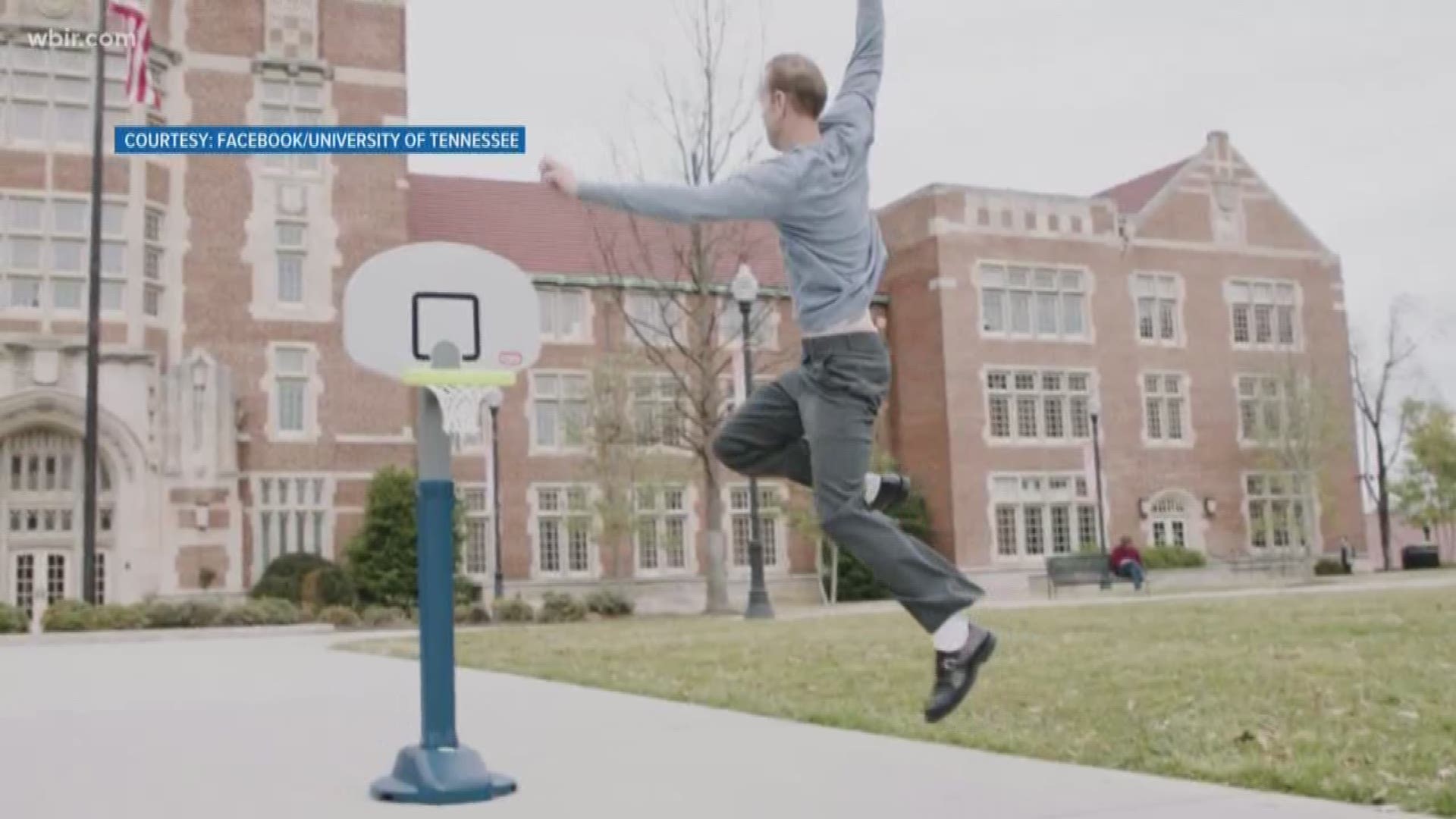 A Tennessee basketball tradition is catching on with teams across the country, and now the fans are getting in on the act!

Before every game, one member of the team goes up for a dunk, and as they jump, the rest of the team jumps with them. They call it "One fly, we all fly."

On Friday, UT released a video showing students across campus trying out the tradition with a slightly shorter hoop and a lot less skill!

RELATED: Audience of One | Vols' faith lifts the team to greater heights

What they lack in athletic prowess, they make up for in enthusiasm and laughter!

It didn't take long for other UT teams to follow.

Members of the basketball team can also be seen grading those dunks in the video.

Of course, since we're all big fans of the Big Orange at Channel 10, we had to get in on the act!

On Friday's Live at Five @4, anchors Russell Biven and Beth Haynes were joined by 10News anchors Robin Wilhoit, John Becker, and Todd Howell to try it out.

As you can see in the video above, none of them will likely get an invitation from Coach Barnes to join the team. But it was fun!