KNOXVILLE, Tenn. — At Sommerville Harris Culbertson's Knoxville home, there's a picnic blanket spread out on the living room floor, and 4-year-old June giggles as she pours a cup of pretend tea for her guests.

"Would you like some marshmallows in your tea?" she asks.

Two senior golden retrievers sit patiently on the blanket with tiaras balanced on their heads as she hands them each a dainty cup of water that they quickly lap up.

This is what life looks like at "retirement village."

"I've always really had a soft spot in my heart for seniors," Harris Culbertson said. "I started taking on more and more seniors to foster. Jokingly, people started saying that I had a dog nursing home. That turned into 'retirement village.'"

Since 2001, Harris Culbertson has fostered 40 dogs through Adopt-A-Golden Knoxville. Even though the time she spends with them is often brief, she said it's immeasurably rewarding.

"You can cry because they got put down alone at a shelter," Harris Culbertson said. "Or, because they got to go trick-or-treating and have tea parties and eat more treats and popcorn than they can stand, and they went peacefully in their bed. And, I just prefer the latter."

Sommerville Harris Culbertson and her daughter, June, take the dogs for a walk.
WBIR

Harris Culbertson is passing on her compassion for animals to her daughter.

"She's learned that there are dogs and humans out there who don't have families, and we can help that," Harris Culbertson said. "Even if the time is limited in our human time frame, a year of living inside and being part of a family, for a dog, that's 10% of their life."

That's why the goodbyes, while sometimes tearful, aren't as hard as you'd think, because even if the time is short, it's full of tail-wagging love and countless tea parties. 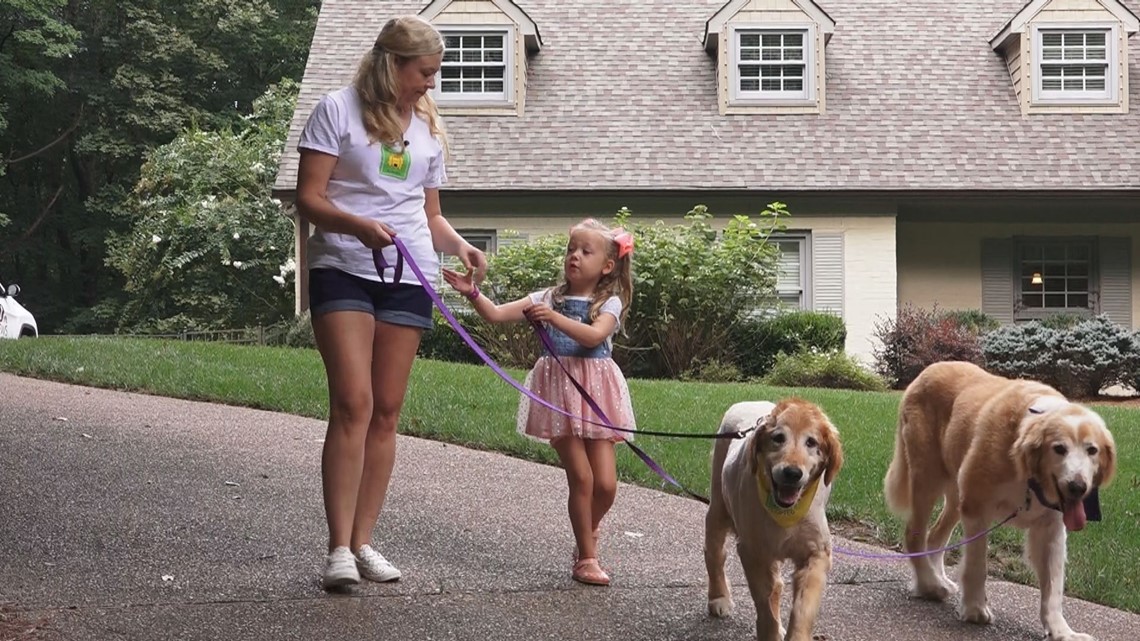