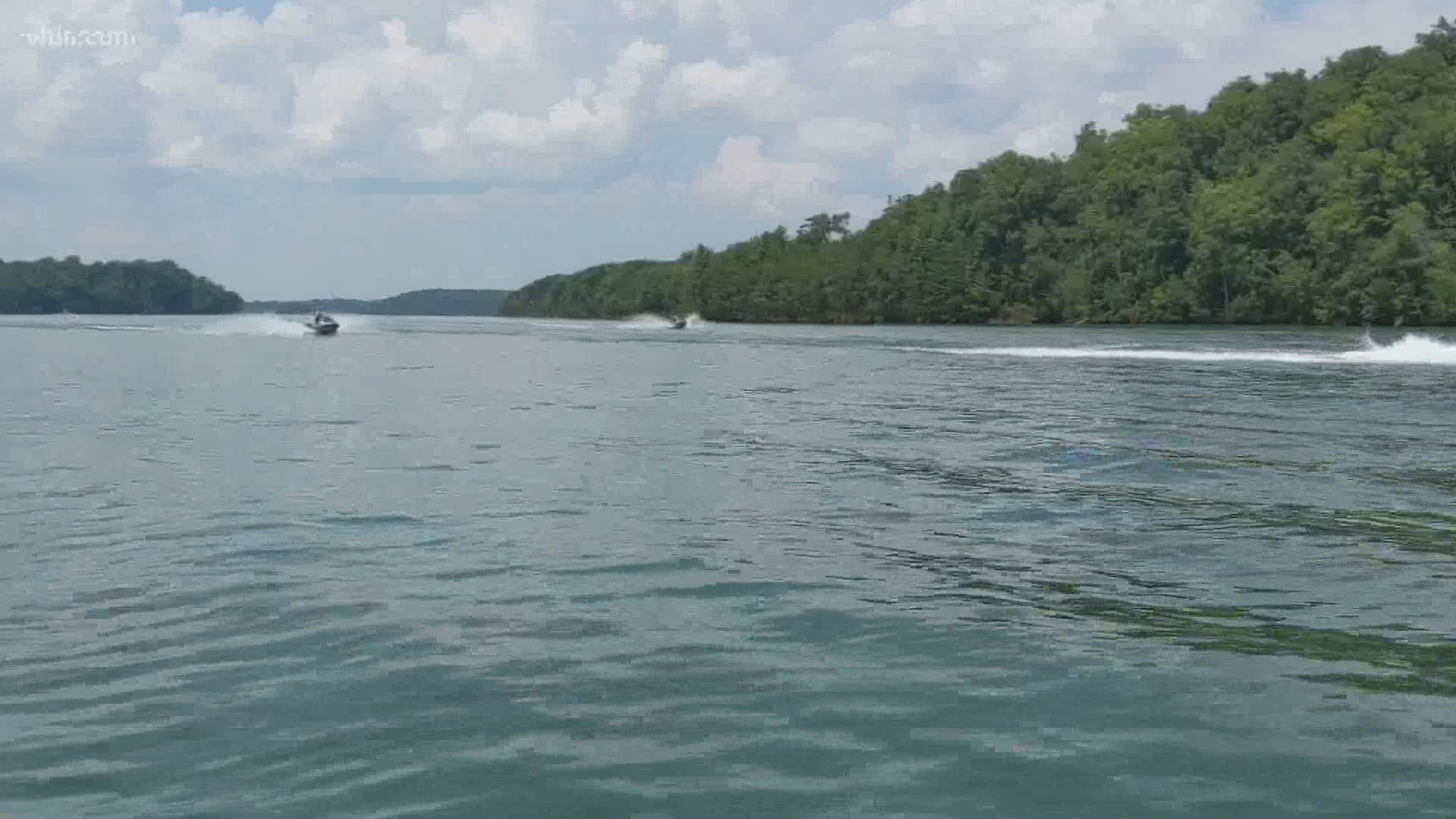 LOUDON COUNTY, Tenn. — Friday evening marks the end of a week-long, 600-mile journey along the Tennessee River for a group of more than 30 jet skiers.

Director Dennis Beckley said they've been making the trip every summer since 1997 when he and a friend launched the first TN River 600 event.

"The first year, we started at Paris Landing and came to Knoxville, and the skis were smaller. And, we had people running out of fuel and doing this and doing that, and I helped him with some logistic stuff. When we got up here, he said, 'I don't want to put this together again. I'll give you all the information and you deal with,'" Beckley laughed, recalling that first trip and how far they've come since then.

Unlike past years, when Beckley said they've averaged between 70 and 90 jet skis, this year's crowd is much smaller. Beckley said they also decided to stay in East Tennessee for their daily rides instead of making their usual trek across the state.

RELATED: “Yeah, I can’t see. That shouldn’t stop me from what I want to do” | Blind drum major leads Claiborne High School marching band

RELATED: Memaw's is a new airbnb with a retro attitude

"We figured it would just be best this year to let everybody take care of their own stuff, and we've not had any, you know, social gatherings or anything. We usually have dinners and get-togethers," Beckley said about some of the changes they made because of Coronavirus concerns.

The week-long excursion isn't just for fun. Beckley said participants are encouraged to raise money for charity and over the years they've donated nearly $300,000 to Children's Miracle Network through Children's Hospital in Birmingham and the TWRA.

"You shouldn't just be out just having fun. You need to need to help out some who are a little less fortunate," Beckley said.

The participants will finish up the last of their 600 miles near Chattanooga.

RELATED: "We wanted to have fun" | Girls set up lemonade stand, give drinks to Jefferson County deputies