Ashley Hensley isn't letting her diagnosis bring her down. She's making others smile even when she is getting radiation treatment. 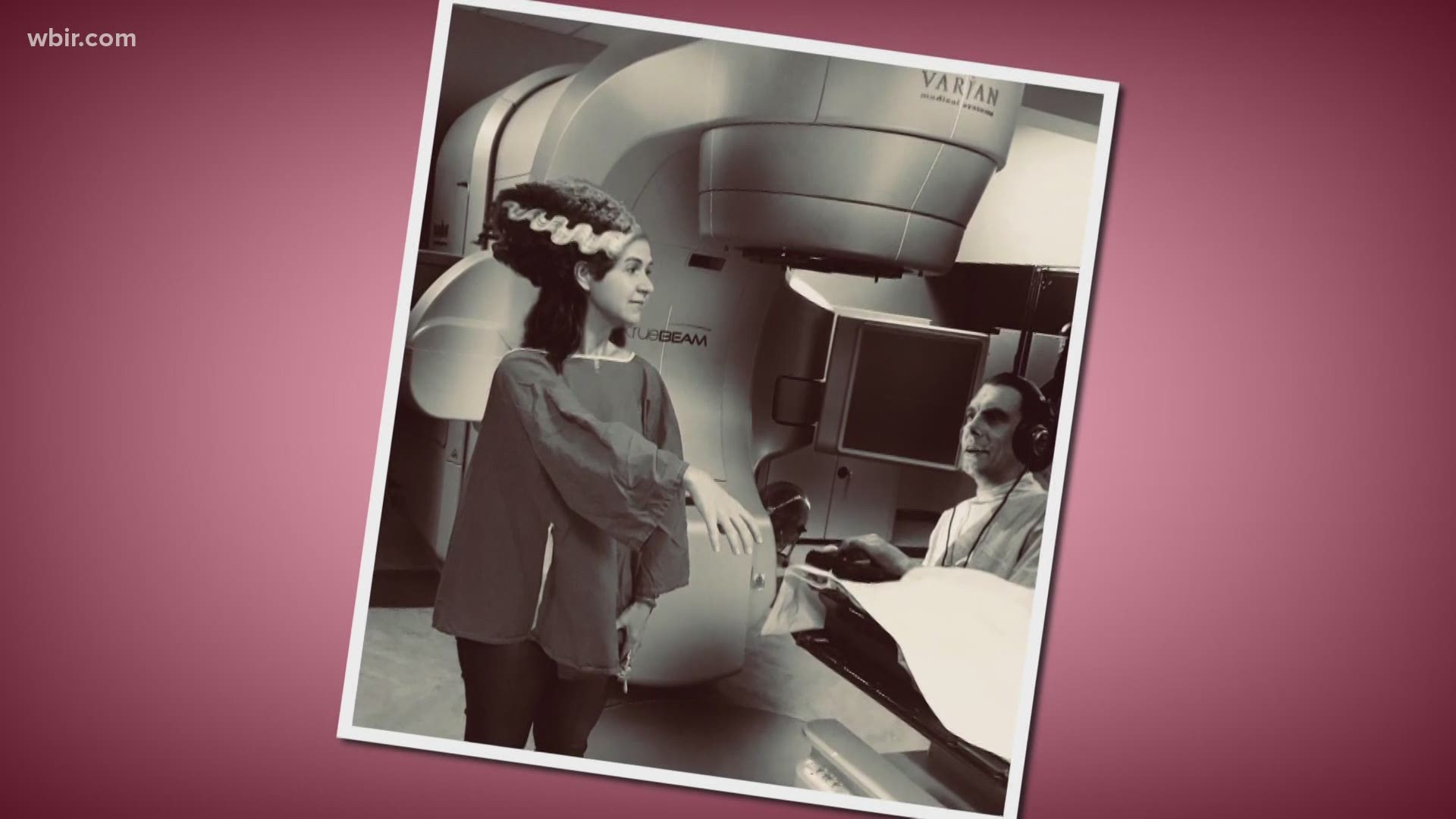 KNOXVILLE, Tenn. — A Knoxville woman is making the most of her breast cancer diagnosis. Every time she goes in for a radiation treatment, she posts a silly picture to social media.

Ashley Hensley hopes it will spark a smile for those going through the same thing. It's no surprise she always tries to look on the bright side of life.

But when she found out she had breast cancer on Friday the 13th in November 2020, it was hard to keep smiling.

"I broke down, I completely broke down," Ashley said. "I would wake up in the middle of the night and as soon as my eyes opened, I was just like, 'Wow, I have cancer.'"

She was lucky she caught the cancer early after doing a breast self exam in the bath. She's only 38, so regular mammograms are not required for her yet.

"I almost just kind of let it go, and I'm so glad that I didn't, because I think that getting it checked out early is what really saved me," she said.

After two surgeries, she had to start radiation treatments and wanted to document the process. It started off with regular posed pictures, but it wasn't very long until it took a silly turn.

"Initially, I started out and holding up number one, then two for treatment number two, and then somebody said, 'Well, you're gonna run out of fingers,' so we just started trying to do funny stuff," she said. "If you give me an opportunity to dress up for a picture, I'm going to take it."

Ashley pointed to Nick and said he was the photoshop whiz, so he helps her with some other, more intricate ideas.

She's done everything from hot pockets to popcorn to pop art.

"I took a White Claw into the room one day and a little tanning shield," Ashley explained. "That was more in my prop phase, but [Tuesday] we did a Bride of Frankenstein one that I think might be my favorite."

She's not trying to make light of the situation. This is just her way of finding the silver lining during a difficult time.

"It's evident when we go to her treatments, the smile she brings to these people's faces," Nick said. "So that feels really good that I'm married to somebody who's able to do something like that."

She hopes her pictures will help others going through the same thing know they aren't alone.

"If it makes it less scary for one person, then I'll feel like I've helped someone," she said.

With four more treatments to go out of 20,she'll keep up with the pictures she posts and focus her eyes on the prize.

"I think I'm going to be so happy to just be done with treatment I'm going to ring that bell and I'm just going to radiate right on out of there," Ashley laughed.

She's a glowing example of a positive patient.

Ashley's last radiation treatment is next Tuesday, and says she is so thankful for the staff at UT Medical for being supportive and caring during her diagnosis. 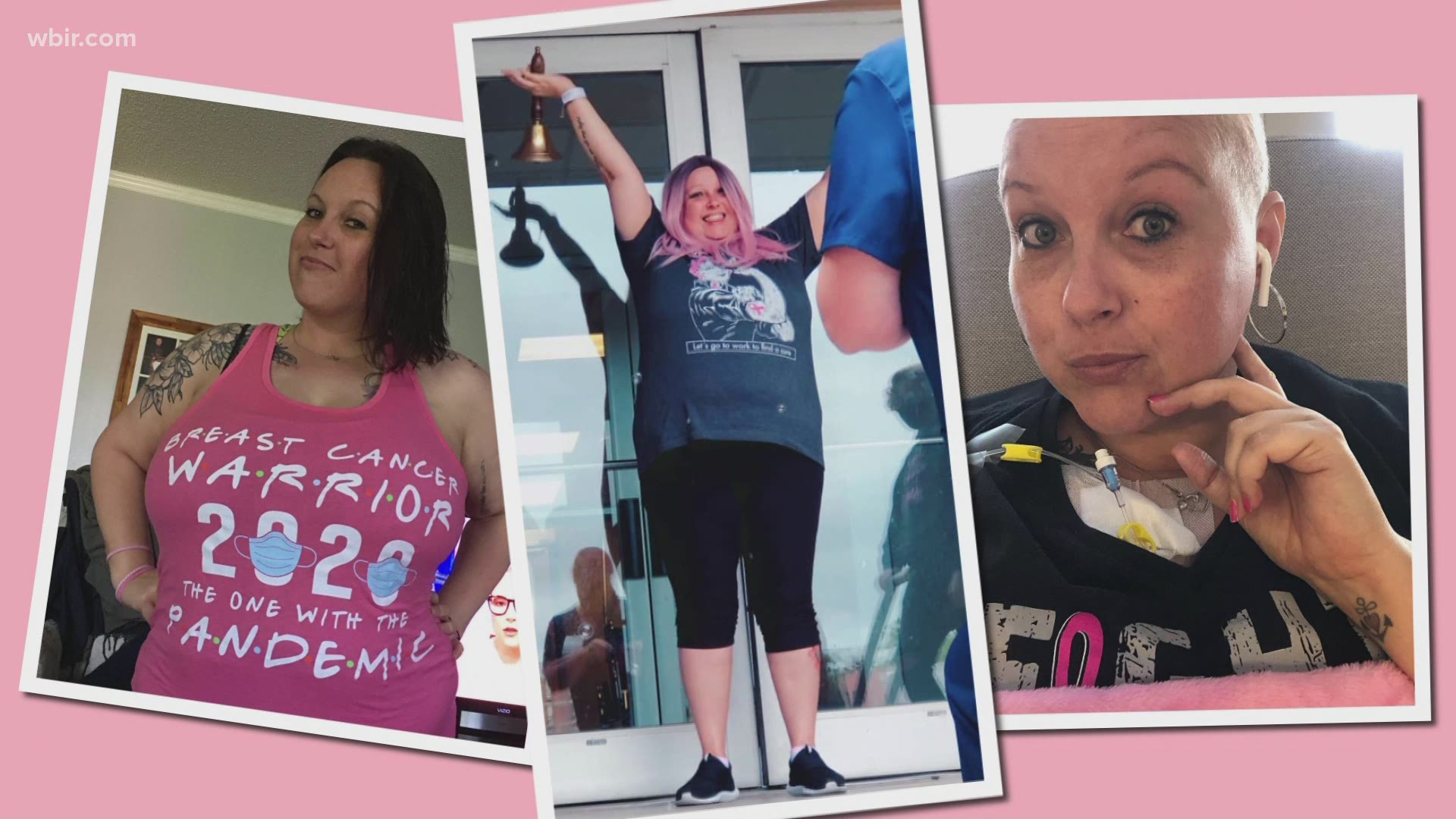