Peter Rabbit has been rescheduled for June 12 with limited seating inside the theater. 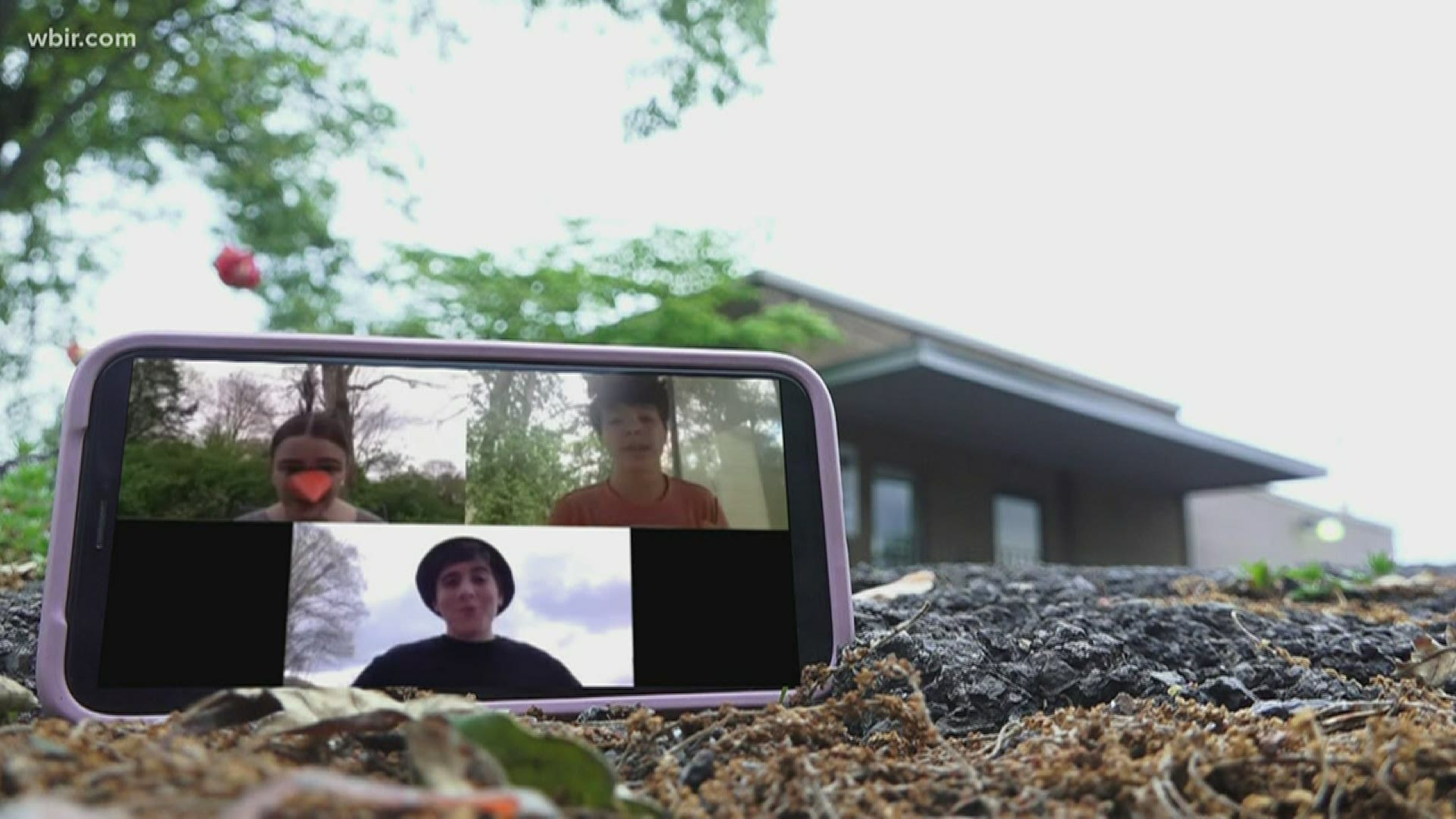 KNOXVILLE, Tenn — As April comes to a close, the only spotlight on at the Knoxville Children's Theater is the one in the parking lot, which has been empty since March.

Students like sixth-grader Lily Segars were disappointed when the theater had to close due to COVID-19, but that didn't last long. As they say, "the show must go on."

"We did a zoom call, and we rehearsed for like an hour. Then, we just screen recorded it I guess. I don't know how exactly she filmed it, but everybody did different virtual backgrounds for the different characters," Segars said about KCT's 'Online Story Theater' videos.

It doesn't take the place of going to the theater after school, but it helped fill the void.

RELATED: What businesses opening in phase one of Knox County's plan need to know

RELATED: YMCA of East Tennessee announces it will reopen Friday, May 1

After acting in one of the stories, Segars gave writing a whirl. She chose to adapt one of her favorite stories called 'Orange Cheeks.' First, though, she had to email the author to get permission.

"I sent him my adaptation and he's like 'yeah this is great. Thank you for asking me. Have fun with it. It was so nice because I emailed him and within 48 hours, he responded," Segars said.

Her adaption was published online Monday night, and now she can add play writer to her growing resume.

"It's definitely nothing I've ever thought about before. When this happened, I really enjoyed it. So, I guess it has opened up my world to more possibilities," Segars said.

As businesses in Knox County prepare to reopen, so does KCT. Their spring production of 'Peter Rabbit' has been rescheduled for June 12. There will be limited seating available inside the auditorium.

RELATED: Most Knox Co. businesses will reopen May 1 under phased reopening plan

RELATED: Zoo Knoxville hopes to reopen by mid-May with safety procedures in place