Lisa and D'Brian Varnado went from home bakers to business owners after appearing on a popular baking competition show. 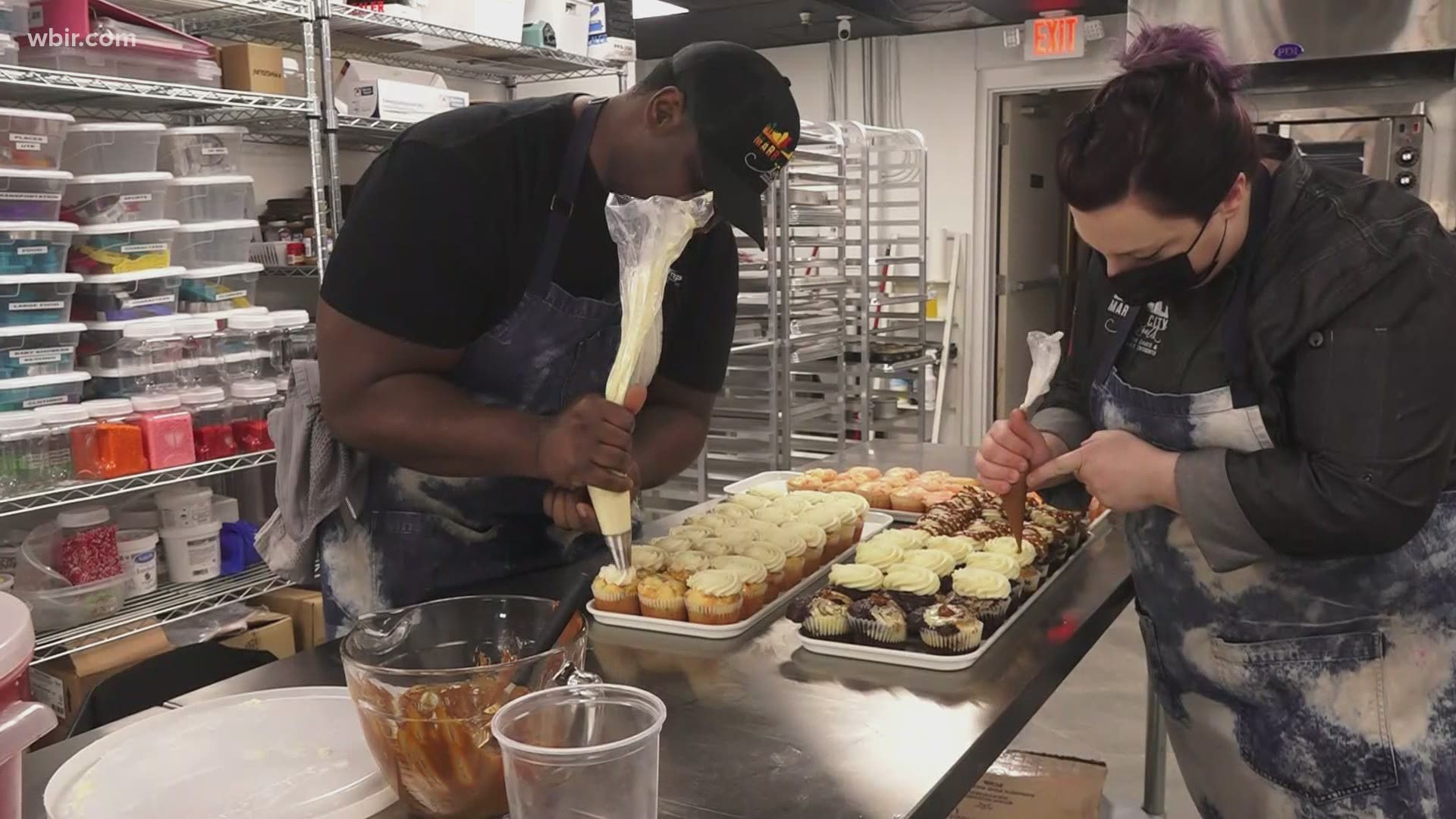 KNOXVILLE, Tenn. — Lisa Varnado is a trained pastry chef and baker who specializes in sculpted cakes. She teaches how to bake them at Walters State Community College.

"I like to do kind of like a mixed media approach to cake design. And D'Brian is really great baker," she said.

Her husband, D'Brian, is the macaron master. Lisa said she trained him on how to make macarons and soon exceeded her skills.

He's also a deputy with the Knox County Sheriff's Office.

"I teach mostly new recent academy graduates or lateral transfers, or anyone is looking to become an officer," said D'Brian.

The couple met when he graduated from the sheriff's academy around 9 years ago.

"That's how we started dating. I made a cake for him," said Lisa.

RELATED: New businesses are opening across Knox County, and more are coming soon

Fast forward a few years and the two work together so well, they decided to apply to be on the Netflix baking show, 'Sugar Rush.'

"They called us the next day," said Lisa. "I was amazed. And so then there's a very lengthy interview process, several interviews with several producers, and they want to see all your work. But we were chosen out of thousands of applicants, which is just amazing to me."

'Sugar Rush' pits four pairs of bakers against each other in three timed baking rounds. First, they make cupcakes, then confections, then cakes, with one pair eliminated each round. The winners take home $10,000.

SUGAR RUSH SEASON 3 IS FINALLY HERE 😍🍭🧁🎂 reply to this with your favorite moments and I’ll give you some sweet backstory! #SugarRush @netflix pic.twitter.com/51e0sU5rN8

The theme of the Varnados' episode was 'breakfast, lunch and dinner.' First, they were tasked with making breakfast-themed cupcakes.

"We decided to go with a cinnamon roll cupcake, cream cheese buttercream, and a maple bacon filling," Lisa said on the show.

Unfortunately, the filling wasn't a favorite for the judges and the couple was voted off in the first round.

"It was really hard for the first day or so," said Lisa, who was worried about what her students would think. "But I realized it was just so cool that we got to be on a show."

The show was filmed in February 2020 and released at the end of July 2020, and the Varnados were able to relive their experience on the show with their family, friends and customers.

"We were able to have customers come try our 'Sugar Rush' cupcake as soon as that aired, so that was really exciting," said Lisa.

They perfected the recipe, fixing the mistake of a gritty filling that Lisa admits she made while trying to bake too quickly on the show.

Even if they didn't take home the first prize, they said being on Netflix was a huge boost for business.

"We got a ton of new followers, and we had already started the rebranding process. So we kind of leaned on that momentum a little bit," said Lisa.

Their business rebranded from a small custom cake business to a full bakery offering all kinds of gourmet treats. Varnado finally had the following to open a storefront of her own.

It's a dream come true for Lisa, and an escape for D'Brian to enjoy with his wife.

"For me, it's just to get away from everyday life that I have to deal with when it comes to being a law enforcement officer. So it's just like a stress reliever," he said.

Their 4-year-old son works customer service since he talks the ears off of every customer who walks through the door.

The couple also has another baby on the way, proving this new venture is a family business at its sweetest.

You can visit Marble City Sweets at 9307-B Kingston Pike in Knoxville.