LMU law student drafts papers for her own adoption

When LMU law student Geran Minor discovered she and her brother were never legally adopted by their step dad, she drafted the adoption papers herself. 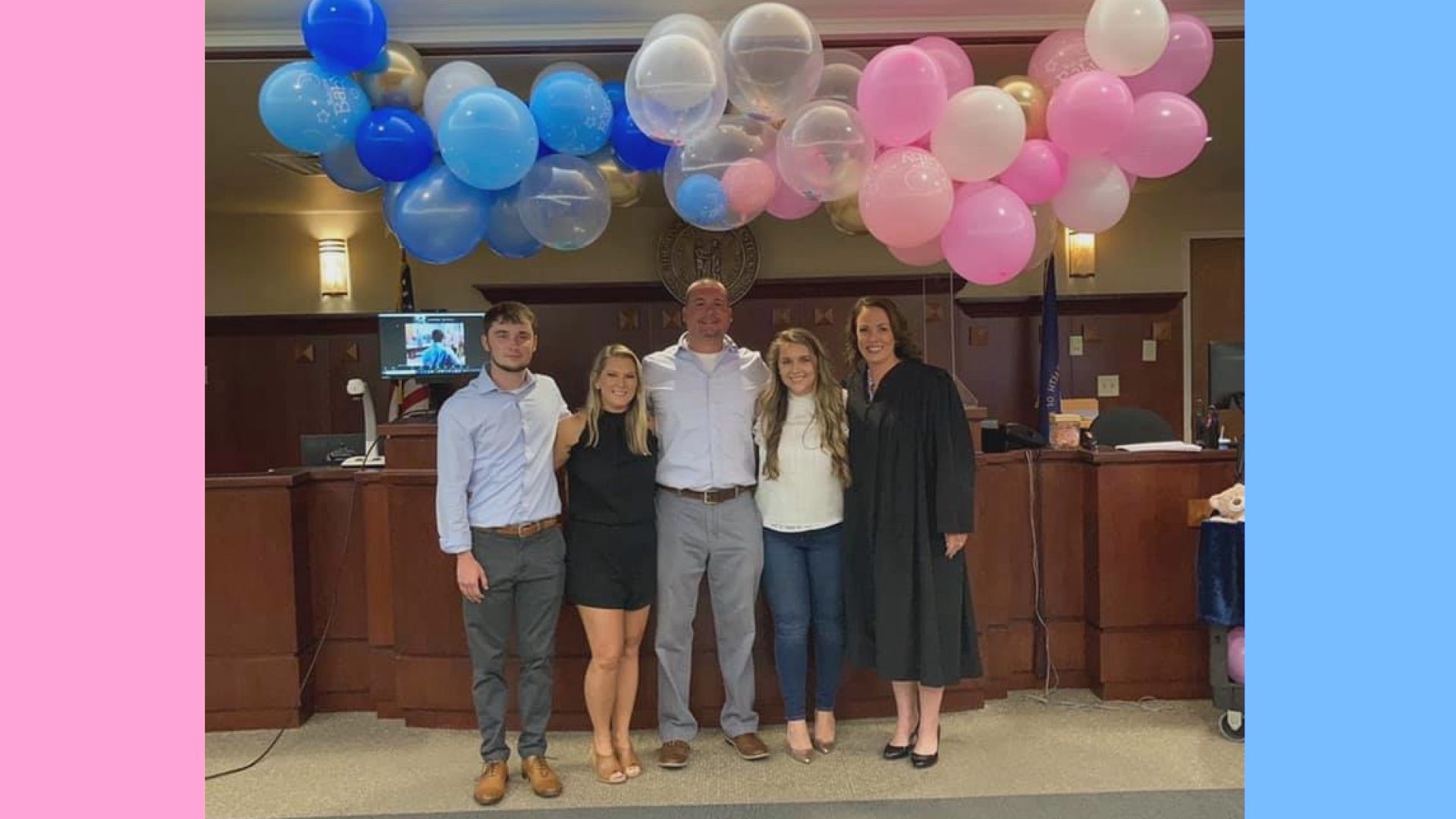 The 24-year-old Kentucky native has always wanted to be a lawyer.

"When I was little, I was always in and out of the court system," she said . "I really want to go to law school to give back to the kids that are going through the same experiences that I was."

From a young age, she and her twin brother Blake dealt with her parents' long divorce and custody battle.

"My mom obviously didn't have a lot of money and so sometimes we'd come home and the electricity was out. But she said it was a storm that knocked it out and things like that, but it was just because he wasn't paying child support," said Geran.

She was ready to testify at her custody hearing, when her biological father showed up under the influence of "several substances" and full custody was immediately given to her mother.

"I have not seen him since then," Geran said. "He did send me a birthday card with my name spelled wrong."

She knows what it's like to be a child playing the court system.

"It was definitely hard but I feel like also it made me stronger seeing the court system not really listen to what I had to say because they thought I was too young to have a voice," she said.

Geran's now using that voice to study family law to help kids like her.

She's been doing great ever since her stepdad Brandon Minor came into the picture.

"So my mom when she started dating, she did not want to bring anyone that she didn't feel like was going to stay there forever so we didn't have to get attached to someone," said Geran. "So he was buying us Christmas presents before I even knew who he was."

Geran and Blake have always been close with Brandon, and legally changed their last names to his on their 18th birthday.

"We thought that's all we had to do and then we were legally adopted as his," said Geran. "Which is not right. But it's what we thought."

While clerking for a Barren County, Kentucky judge this summer, she searched her name in Kentucky's legal database and found something surprising.

"I wanted to look at my cases that I had in the past to make sure I had a clean record for the Bar Exam. And so I looked at my name, and I said, 'oh, this is a petition for a name change, and not an adoption,' which I thought I did when I was 18 years old," she said.

Geran discovered she and her brother were never actually adopted by Brandon.

Even as an adult, adoption makes sure the family can make medical decisions and share inheritance fully.

"Father's Day was coming up so I thought if I can write the papers, he can sign it," she said.

Geran worked with her judge and other licensed attorneys to draft her own adoption papers.

She surprised her stepdad with them on Father's Day.

"He started crying and when he read it and he's like, 'this is your first legal document' and was bawling his eyes out," said Geran. "I was more shocked that I did it. Because I'm like, I'm just a first year law student, like, I can't believe that I just wrote all this. And I knew what I was doing."

This summer that adoption was finalized.

Her judge decorated the court room with pink and blue balloons, and have monogrammed backpacks and teddy bears ready for Geran and Blake, just like all adopted kids get in that county.

The judge said during the ceremony that Brandon's name would be added to Geran and Blake's birth certificates.

"That's when he like broke down during the hearing, because he's like, 'I didn't know that. I didn't know I was gonna be on their birth certificate.' So we finally got those in last week," said Geran.

Now the family bond she always had with Brandon is a legal bond, too.

"He's dad, and it's like, shown on the papers. He's always been dad. So now we don't have to explain all that anymore."

As she continues to study family law, Geran said her classes at LMU prepared her for her own adoption, and future adoptions she'll help with as an attorney.

"I'm going to be more like sympathetic and understand exactly where these kids are coming from, so I can be more of an advocate."