I Pagliacci runs Aug. 13-15 at the Tennessee Amphitheater. 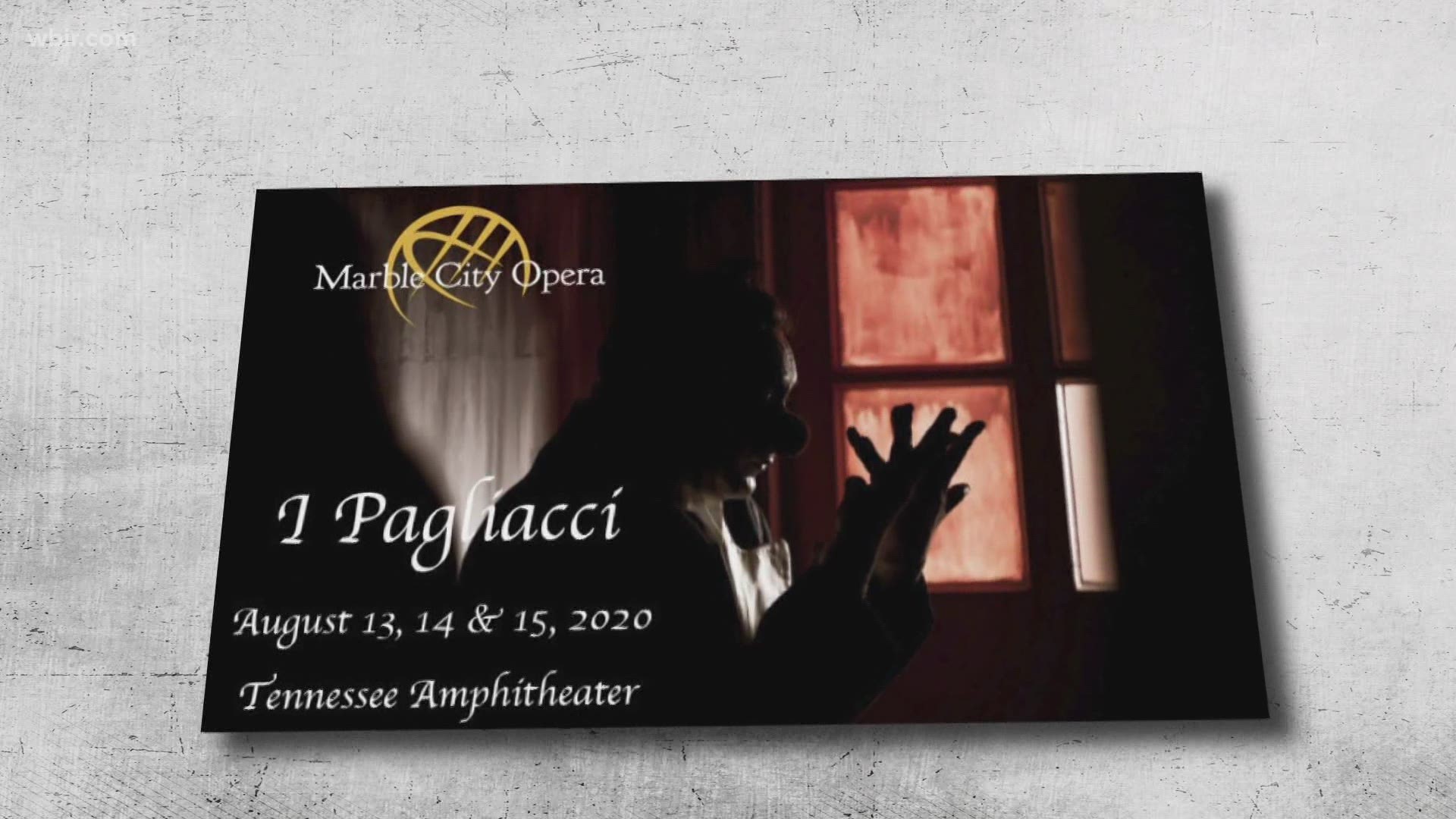 KNOXVILLE, Tenn. — On a Monday afternoon, Kathyrn Frady rehearses at home for her role as Nedda in Marble City Opera's upcoming production of I Pagliacci.

"You really have to prepare and have it completely memorized and off-book before you get to rehearsals anyway, so that kind of works in our favor," Frady said about the decision to host fewer in-person rehearsals before opening night.

Frady, the Executive Artistic Director, said they created a mitigation plan that was approved by the city for tackling the daunting challenge of producing an opera in the midst of a pandemic.

"Once we found out the city really wanted the singers to also be distant on stage, I have been working with Stage Director Keturah Stickann about how we can make that happen and also how we can still be telling the story in a good way and in an effective way. So, one of the ways we're doing that is we're modernizing the piece itself, and we're going to put it in today's time period. So, the clowns are going to be wearing masks when they're not singing, and the cast will wear masks when they're not singing," Frady said, adding that what was supposed to be a physical fight scene between Nedda and another character will likely now involve throwing items across the stage instead.

The performances run Aug. 13-15 at the Tennessee Amphitheater at World's Fair Park. Supporters who aren't ready to venture out can purchase virtual tickets to see the show online.

"Arts are so important in our community, not just for the artists themselves. I mean, it is our livelihood. It is our work, and, it's important, I think, for us to be able to get back to work as artists. That's one of the reasons why I really find that this is an important project for us," Frady said.